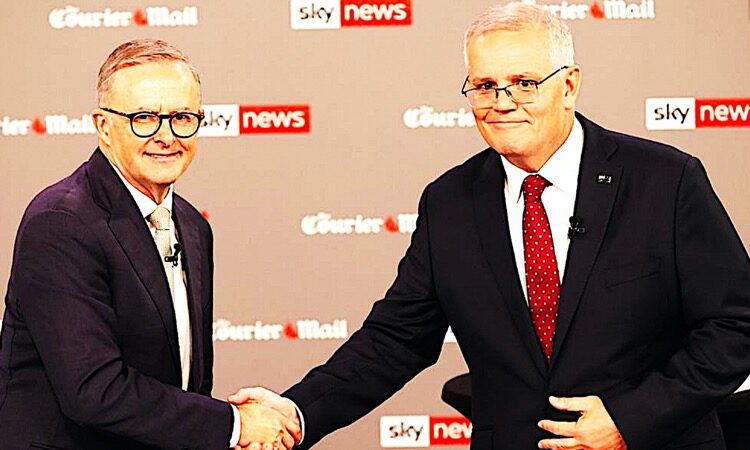 Politicisation and secrecy has allowed successive governments to exclude voters from defence policy decisions of the utmost importance. Only a radical shift in the portfolio’s governance can restore confidence and integrity to defence policy, and to the Defence Organisation. A courageous new minister committed to transparency and participatory democracy is required.

That the Defence organisation is struggling under mediocre management and procurement processes has been highlighted by the Australian National Audit Office, among others. First, to rectify this, defence policy has to be depoliticised and democratised. Only after that can strategic policy be aligned with genuine national interest and connected to the Defence acquisition program.

Bipartisanship over defence has mutated into a democratic pathology. Passive parliamentarians have denied the public the opportunity to hold governments accountable for defence policy. The result is alarming. Australia has apparently pre-committed to a war unexamined and uncontested. Wrapped in a veil of misleading verbiage and jingoistic sophistry, the security agencies have locked Australia into America’s strategic project in East Asia, and locked the arrangements behind a wall of secrecy.

A senior US General can openly suggest that ADF should become not “just interoperable but almost interchangeable” with the US military without causing controversy. This is so at odds with stated policy that it should have been the subject of furious Opposition scrutiny. It slipped by unremarked.

Without recourse to Parliament, the US has been given carte blanche to fly any aircraft into or berth any vessel in Australia for any purpose, whether or not it’s nuclear armed. The North is increasingly becoming home base for US forces. Without public consultation Australia has become a base for launching military operations into East Asia, a major transit and training hub for US forces, and, as a consequence, a potential nuclear target.

A cowed Opposition meekly submitted to AUKUS. It was bent on avoiding confrontation over defence policy and failed to pressure government to justify this shift. An arrangement not envisioned in or consistent with the 2020 Strategic Update. There was no parliamentary debate over Australia acquiring nuclear-powered submarines and where that might lead.

These things are not conducive to good policy making or a healthy democracy. But by talking up threats and exalting military investment as patriotism, and denoting criticism as weakness on security, successive governments have effectively stifled debate on defence policy.

The biggest policy question, that of war or peace, should be examined and debated objectively on its merits in a mature democracy. There are serious and informed disagreements on this matter which should be debated. Any government that regards itself as democratic should publicly test the mood of the voters and seek a clear mandate.

Perfunctory references to unspecified national interests, or to vague missions like maintaining the rules-based order, are not adequate to justify placing Australia and Australians in peril. The consequences of modern conflict are only too obvious around the world. However, practically, only a serving Minister can permit and energise a genuine discussion of defence policy in a way that depoliticises and democratises.

Confidence in defence policy can only be recovered through exercising a commitment to authentic participatory democracy. By acting on a recognition that only the electorate can legitimately choose between national interests and subservience.

Only demystification and transparency of defence policy making can reveal the real national interests. The Commonwealth is investing astronomical amounts in military capability. Is the current direction of taxpayer funded defence capability procurement focused on East Asia, the planned expenditure $48 billion for 2022-23, consistent with Australia’s interests? Is the militarisation of Northern Australia in the national interest? How could Australians know?

The alarmist rhetoric about threats analogous to pre-world war situations jar with the long project delivery times of major military assets. The lack of discussion of trends in counter-capabilities, or anticipated future balance of forces situations, or projected theatres of operations, means the government’s vision and logic is opaque. The connection has been broken between the capabilities being acquired and Australia’s strategic circumstances.

The 2020 Strategic Update stated “defence planning will focus on Australia’s immediate region: ranging from the north-eastern Indian Ocean, through maritime and mainland South East Asia to Papua New Guinea and the South West Pacific”. This where the ADF must be “most capable of military cooperation with the United States”. Yet, a common understanding of the text would not include China, the South China Sea or Northeast Asia. Surreptitiously and incrementally, the government been building the ADF to be an “interchangeable” part of the US military in the South China Sea, and a cog in the defence of Taiwan. The extent of this is largely invisible to observers outside of Defence.

The dominant object of Australia’s capability development program is simply to “continue to deepen Australia’s alliance with the United States”. Is it sensible for Australia to base its planning primarily on America coming to Taiwan’s defence? What is at risk for Australians? How many Australians would be acceptable causalities, and what degree of disruption and destruction permissible?

Of course, a Defence Minister doesn’t have a freehand either. Many major decisions affecting the portfolio are taken in conjunction with ministerial colleagues on the National Security Committee of Cabinet (NSCC), which reviews and endorses capital bids for capability assets or infrastructure. The Prime Minister will normally make decisions on the deployment of the ADF following consultations in the NSCC.

Nevertheless, a resilient and influential minister could effectively push for depoliticisation and democratisation against the pressure of a bureaucracy steeped in closed door secrecy and need-to-know policymaking. The Defence Minister could encourage and facilitate an open and informed debate on defence policy.

Direction, coherence, and purpose within the Defence Organisation would follow. Strategic policy, and the acquisition program, would have a logical connection to Australia’s interests.