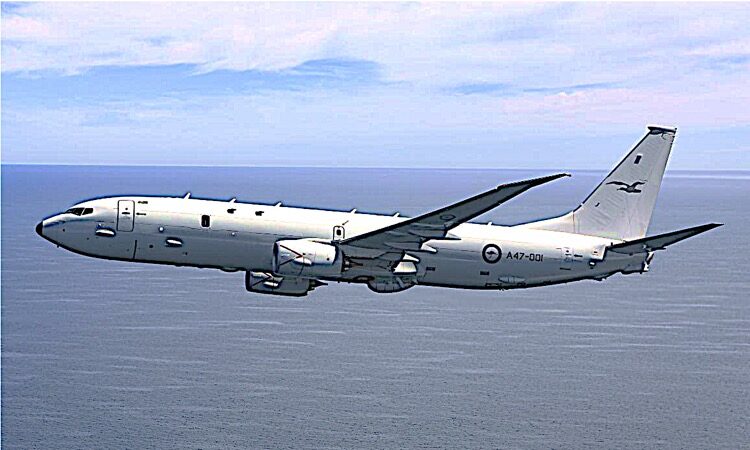 Well, that didn’t take long. The names have changed but the script still comes from Washington. There is not going to be a rethinking and resetting of strategic policy by the Albanese government in the same way they have begun correcting the foreign and climate policy failures of the Morrison era. The rigid shutters of the security establishment have come down on the new ministers with lobotomising force.

Credit is due to the Prime Minister and the Foreign Minister for the alacrity and competence with which they have respectively acted to correct the neglect and paternalism of the previous government toward Indonesia and the South Pacific states. These are crucial relationships that the obsession with Taiwan and North Asia led the Morrison government, and their gaggle of militarist advisers in the bureaucracy and beyond, to be relegated in importance.

The same logical inconsistency that bedevilled the previous government’s policy emerged in Indonesia when the Prime Minister answered a media question on reported Chinese activities in Cambodia. It concerned Albanese that Cambodia might allow China to establish a base. Australia has sought assurances, he said, that “no foreign military will be granted exclusive access at Ream”. Why is this of concern?

The port in question is 4,000 km from Darwin. The refurbishment, refuelling, or even basing, there of Chinese naval assets poses no direct military threat to Australia. China has a greater set of strategic and economic interests in the security of the sea lanes of communication passing through Southeast Asia than any other trading nation. Surely the Australian justification (see below) for flying P8s off the Chinese coast 4,000 km from Darwin to secure maritime trade routes could be argued by China.

In any event, as two sovereign nations presumably China and Cambodia are as free to come to cooperative arrangements as were Australia and the US who opened up Northern Australia to American nuclear armed assets through AUKUS. The howls of indignation would have been deafening if Cambodia had sought assurances from the government about US forces based in Australia. But Albanese’s concern simply reflected the US strategic calculus that everything China does is automatically bad and illegitimate. Everything!

It is in defence and strategic policy where the new government is beginning to disappoint, although it is still early days. Richard Marles has inherited a dysfunctional portfolio and should be given some time to get of top of the behemoth that is the Department. However, hope fades when he says “Those who run our Defence establishment are fantastic people” about  the crew that have overseen the procurement train wreck.

Marles found himself in a position where he couldn’t possibly avoid a harsh response to the recent incident involving a P8. From the public accounts of what happened between the Australian P8 and the Chinese fighter, the behaviour and actions of the fighter were totally inappropriate and unacceptable.

It is curious, however, that just as a new minister comes into the job an incident occurs which seems to buttress the depiction of the Chinese that is held by the coterie of hardline national security officials in Canberra. It is most likely coincidence, but it would make a the basis for a plausible plot line in a TV series.

The actual incident aside, what is disturbing is Marle’s attitude to strategic policy that has been has revealed. He claimed the P8 was “engaged in routine maritime surveillance activity in the South China Sea”  because “most of Australia’s trade goes through it”. There is no hint here about the inconsistency between Australia’s right to protect its interests 4,000 km away in the South China Sea and Albanese’s concern about China doing the something more proximate to its own territory. Australia has a right, apparently, to “ensure that the global rules based order applies to this body of water”, even when freedom of navigation has not been threatened or interfered with by China.

The presence of P8s is not the benign activity Marles has implied. It is not just a surveillance platform. It is a formidable aircraft capable of anti-submarine warfare, anti-surface warfare, and intelligence, surveillance and reconnaissance roles. It is equipped with torpedoes, Harpoon anti-ship missiles, and sonobuoys, and can operate in conjunction with other assets, including unmanned aerial vehicles. And with US forces. It’s worth recalling the pre-election hysteria in when a Chinese surveillance vessel passed by Australia.

The aircraft was within its rights to transit where the incident happened, according to reports. But just because it is possible to do something provocative doesn’t make it smart or compulsory.  Just how an Australian P8 has the effect of securing international law in the South China Sea, or what it might actually do were China or any other state to interfere with freedom of navigation, is not at all clear.  Under the previous government the deployments actually were in support of American pressure on a strategic competitor.  It was to be hoped a less bellicose Australian policy might emerge under Labor.

That Australia still engages with China under the rules-of-engagement dictated by the Americans is further supported by Marles’ refusal to meet with the Chinese defence minister at the upcoming Shangri-La dialogue in Singapore. In an interview, Marles was explicit that bilateral meetings at the dialogue were “very much [Australia’] choice, and we’re not seeking one with the Chinese”.  There was no reason given why the proactive example set by the Prime Minister and the Foreign Minister early in the term of government was not replicated by the Defence Minister.

Failing to engage diplomatically with the representative of the most powerful Asian nation and Australia’s biggest trading partner, that is also Australia’s most challenging strategic problem, is inexplicable. Marles apparently accepts that “China seeks to shape the world around it in a way that we’ve not really seen before, it does throw challenges up for Australia, which is really important that we meet”.  Hopefully, he hasn’t already been indoctrinated by the advocates of aggressive confrontation and war.

Diplomatically the Albanese government has got off to a good start. It must remain cognisant that a major objective of diplomacy is the peaceful resolution of differences between states. Only by engaging in an open-minded and genuine manner can the diplomacy that avoids war be successful.

Image: Royal Australian Air Force P-8A Poseidon aircraft.
In 2014, the Australian Government approved the purchase of eight P-8A Poseidon aircraft. The acquisition of an additional four aircraft was approved in March 2016, and in December 2020, the acquisition of a further two aircraft was approved, bringing the total force to 14 aircraft.
According to the RAAF, “with its highly impressive technical attributes, the P-8A Poseidon brings flexibility, responsiveness and attack capability to the Joint Force in its primary roles of Anti-Submarine Warfare, Anti-Surface Warfare, Maritime Surveillance and Search and Rescue”.
Source: www.airforce.gov.au.