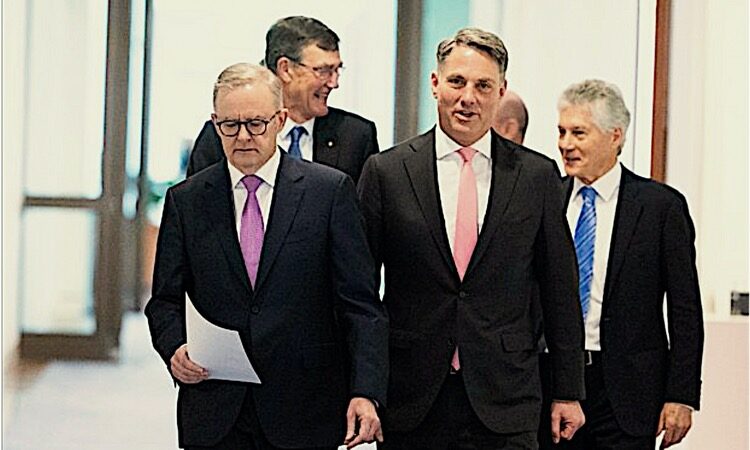 It is essential that the new Defence review not degenerate into the usual ritualistic orthodoxy. In these perilous times it cannot be allowed to become a narrow, jargon-laden, orthodox military consideration but must situate Australia’s strategy and military posture in the context of the important foreign policy issues.

Defence reviews generally isolate military policy from the political volatility and unpredictability of international relations, and therefore from changing national interests. The new review announced on 3 August 2022 must not simplistically assert that this-or-that capability will deter or defeat major powers in Australia’s region. All contingencies and counterfactuals must be rigorously explored.

In particular the review must not avoid the hard issues in international relations:

If the review isn’t in harmony with Australia’s vital interests and foreign policy objectives in these areas it will have let down Australians.

The confrontation of two nuclear armed great powers over Ukraine saw the US stand down; explicitly acknowledging the fear of an escalatory trend that might result in a nuclear exchange. This was a momentous development for Australia’s strategic policy.

The US’s nuclear arsenal is now apparently solely for the protection of the homeland, and allies must question the validity of the American nuclear umbrella and America’s willingness to risk a nuclear exchange with China. Defence policy has been focussed on Taiwan and not the defence of Australia. However, as with Ukraine, the US is not under any legal obligation to defend Taiwan.

The review must contemplate a future in which the US abandons the Asia-Pacific. For Australia’s sinophobic intelligence agencies this is an anathema, and a source of cognitive dissonance, but their views about the threat from China cannot be allowed to dominate the review.

The review must address the unstable domestic situation in the US and the prospect of an unpredictable and ultra-nationalistic, or isolationist, administration and Congress emerging. A Trump-like occupant in the White House again could see political discord and disruption in the US, possibly accompanied by widespread violence and policy paralysis. And in just a couple of years.

The risk to Australia’s security from the US cannot be ignored given the depth of Australia’s reliance on, and commitment to, the US. It is a critical point of strategic weakness for Australia.

Climate change has been seen as problem that affects smaller and less stable nations in Australia’s region or as a basing and logistics concern for for the ADF. The dire multi-dimensional and interrelated social, economic, and human consequences of global warming identified by scientists over the past fifty years must be regarded as vital security issues.

As the world slides past 1.5°C in to 2.0°C territory, climate related events will radically reshape the strategic environment. The next IPCC synthesis report, due later this year, and its supporting reports must be major inputs to the review and a major determinant of the future state-of-affairs it envisions that the strategic environment will become.

The review must not default to attribution of malign motives to everything China does or promotion of the so-called ‘rules-based-order’. Standing up to China’s putative bullying and aggression is an American priority, and the review needs to fully consider the risks of confronting China alone or in company in the South China Sea.

Shibboleths like ‘capability gap’ and ‘deterrence’ cannot be permitted to obscure the review’s analysis. This jargon serves to obfuscate issues like the AUKUS arrangement that allows colonisation of the North by US troops and the access of nuclear armed assets for vague ‘deterrence’ reasons.

Acquiring nuclear-powered submarines at some point beyond the 2040s has to be reassessed by the review. This decision must not be treated as canonical. The three decades window before operational capability is achieved will see effective counter measures and tactics developed, and the utility of the platforms in the future defence of Australia must be closely examined.

A magicked-up ‘capability gap’ cannot be employed to justify new or refurbished conventional submarines without detailed explanation. The roles performed by conventional and nuclear powered submarines are fundamentally different, the former being primarily for coastal defence, while the latter are long-range missile launch platforms. They are not interchangeable substitutes and they require separate justification.

The review is to prepare the ADF “to meet the growing strategic challenges that Australia and its partner countries will face in the world in coming years”. It is of concern that the review primarily will “be informed by intelligence and strategic assessments of the most concerning threats which challenge Australia’s security”. Australia’s challenges are not something that should be determined by the clique of sinophobic militarists that already dominate strategic policy.

If they continue to do so, the review won’t be based on Australia’s national interests. Worryingly the review only “may be informed by other information the Independent Leads deem significant”. Challenges to the prevailing institutional views are unlikely to be taken seriously. As with many past Defence reviews, the danger is that America’s strategic policy will be adopted uncritically.

Importantly the review must not ignore the total costs of the recommendations it makes, and not just focus on the fiscal implications. It must not be the normal one-sided perspective that treats the external environment as something static, as a group of nations to which things are done and where Defence can ignore the likely responses.

Defence reviews never discuss the impact that war, or failed policy, will have. The likely civilian casualties arising from the conflict scenarios are never mentioned. The consequences of Australia’s provocative posturing toward China actually resulting in an attack on Australia are never addressed. Assessments of the risks to Australia of major war in East Asia or an attack on Australia need to be exposed by the review.

Past strategic reviews have been inordinately optimistic documents that claim that the ADF will be able to achieve simply impossible outcomes, providing the funding is forthcoming. Apart from exaggerated claims of how effective the ADF might be in deterring adversaries or defending Australia against any determined powerful opponent, defence reviews simply fail to explain the requirements and costs any such scenarios might impose on Australian industry, economy, and society generally.

The times require a brutal assessment of the security situation and a realistic appraisal of the risks and costs facing Australia. Strategic policy must be anchored in a broad appreciation of the international environment and not just pander to the ambitions and obsessions of the military and the bureaucratic security elite.

This review is an opportunity that shouldn’t be lost.