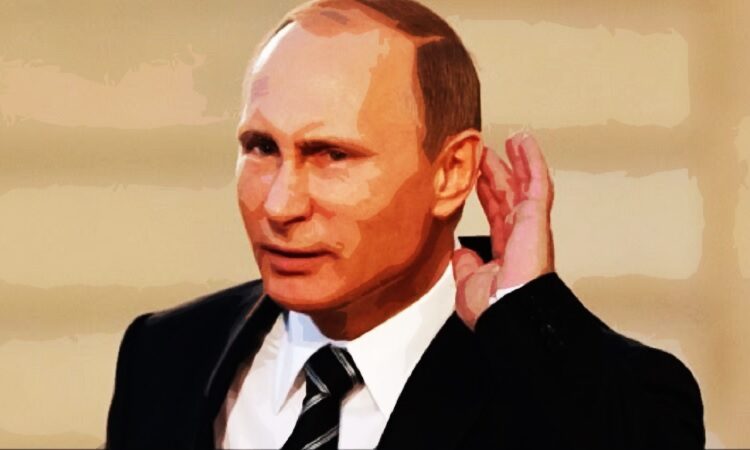 At a time when Australia’s Defence policy is being reviewed, public discussion needs to be rigorous and evidence based. There is an obligation on prominent experts to avoid unsupported speculation and alarmism. To do otherwise simply clouds the nature of the challenges and eliminates non-military approaches.

Behind Paul Dibb’s recent ASPI publication The geopolitical implications of Russia’s invasion of Ukraine lies the misconceptions that non-expert distanced observers can meaningfully deduce the psychological and moral make up of non-western leaders, and that outmoded nuclear frameworks from an earlier strategic era have contemporary application.

Dibb declares that, “there’s little doubt that Putin is the sort of person who won’t resile from the use of nuclear weapons, particularly if it looks as though he’s losing this war”. While this may be true, the proposition is not supported by anything even resembling empirical evidence, and it’s hard to see how it could be.

Unfounded attribution of a flawed personality to Putin does heighten Dibb’s subsequent arguments about a purported nuclear threat to Australia. It’s also consistent with the wider ascription of a moral deficiency and lack of intellectual agency to non-western leaders generally. They are seen as irrational and reckless and therefore more likely to risk their populations in a nuclear war.

Dibb opines that in “even limited nuclear exchanges, the end result will be escalation to mutual annihilation—something about which both Vladimir Putin and Xi Jinping may need reminding”. Does he really believe that the Russian and Chinese leaders cannot comprehend the implications of the nuclear forces they are acquiring and for which they are responsible? This view artificially exacerbates the threat, and makes the rational resolution of differences problematic, promoting the need to prioritise military solutions to international disputes.

Dibb’s geographical determinism is present but masked, though it clearly it accords with US thinking. The US Congressional Research Service (CRS) reports (pdf opens) that America’s “goal of preventing the emergence of regional hegemons in Eurasia…reflects a U.S. perspective on geopolitics and grand strategy developed by U.S. strategists and policymakers during and in the years immediately after World War II”.

According to the CRS, American policymakers believe that “a regional hegemon in Eurasia would represent a concentration of power large enough to be able to threaten vital U.S. interests”; and that Eurasian states are “not dependably self-regulating…[and] cannot be counted on…to prevent, through their own choices and actions, the emergence of regional hegemons, and may need assistance from one or more countries outside Eurasia to be able to do this dependably”. In other words, they need American guidance because of their inherent shortcomings.

This self-serving neo-colonial paternalism lies at the heart of Dibb’s analysis. While he notes “the very word ‘Eurasia’ is—to say the least— even fuzzier than the newly fashionable geopolitical construct called ‘the Indo-Pacific’”; he sees current geopolitics as a contest between “the authoritarian continental powers of China and Russia and the Western democratic maritime states led by America”.

Russia and China are for Dibb pieces on a geopolitical chessboard that America can manoeuvre to its own advantage, irrespective of their sovereign national interests. Therefore, “the central geopolitical challenge for Washington now is to detach Russia from China and draw Moscow back into a larger West”. Dibb asserts that “detaching Russia from China must remain the long-term aim of the US if it’s to reassert its leadership of the global balance of power”. Dibb concedes the difficulty involved at present. But the biggest current danger to be avoided, he says, is “the emergence of a hostile coalition of Russia and China that could eventually seek to challenge America’s primacy.” For Dibb it seems Australia’s policy is to adopt America’s.

Dibb weaves throughout his analysis other Soviet-era tropes that enthralled strategic and intelligence analysts during the Cold War. One is the notion of the US’s nuclear umbrella, or “extended nuclear deterrence”. He recommends engaging with America on “the joint goal of strengthening…the credibility of extended nuclear deterrence in our current threatening strategic circumstances”. This point is under-explored by Dibb, but it seems he envisions the bizarre scenario where in response to an attack on Australia the Americans conduct a nuclear strike on China (or perhaps Russia).

The existential zero-sum game of the Cold War might have meant there was some possible strategic advantage to the US deterring a nuclear attack on allies like Australia. Dibb, then and now, is alarmed by the prospect of Pine Gap being a nuclear target. He expects that “If China attacks Taiwan, Pine Gap is likely to be heavily involved”. The logic chain is not apparent. Possibly, but only if a conflict went nuclear, and this seems to be an unnecessarily alarming point to make. Whatever the public pronouncements, the US nuclear umbrella is in reality a phantasm.

Dibb suddenly introduces his view that “Europe and Australia now basically agree about China’s attempts at global dominance” without any supporting evidence or analysis. What he envisages by the Europeans acting “to prevent Taiwan from being politically and economically isolated by Beijing” is not evident. It’s arguable that whatever statements the Europeans have made in this regard are not uniformly held, and reflect US pressure during a crisis.

Dibb’s assumption of the natural perfidy of Eurasian powers leads to the conspiratorial, and somewhat paranoid, conclusion that a Chinese attack on Taiwan could see Russia “simultaneously attacking Europe”. The result of a “grand coalition of China and Russia united not by ideology but by complementary grievances”. This seems an exaggerated, if not hysterical, scenario. Dibb again associates the non-western powers Russia and China with a lack of agency and a propensity to go to war in response to emotions, not a rational assessment of national interests.

It’s legitimate to be concerned about the escalation of aggressive war when nuclear armed powers are involved. It is not useful to analyse contemporary events through Cold War lenses, or to employ pop psychology and Game-of-Thrones scenarios about the strategic motivations of nations.

Nuclear war is not something that can be planned for or deterred by threats of bigger nuclear weapons. While it hangs over the world it can never be regarded as a strategic issue, and certainly not one for military fabulists who can contemplate nuclear war as any sort of winnable battle. The Defence Review will need to go beyond notions of deterrence and nuclear umbrellas to disavowing Australian involvement in any form of preparations for nuclear war-fighting.