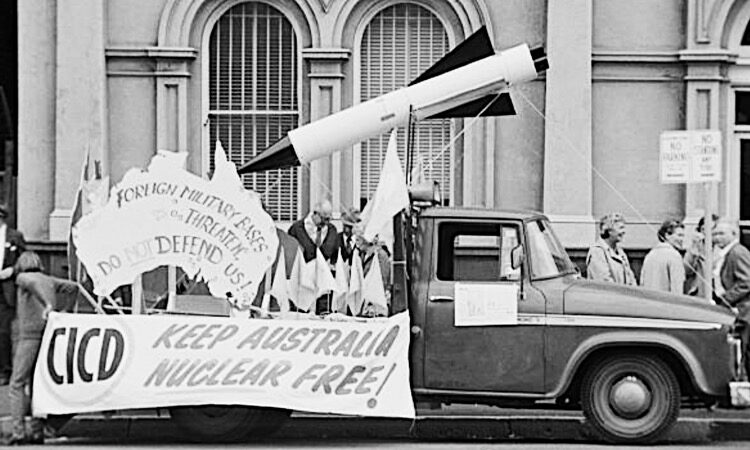 The obvious problem with Australia’s defence policy is the confusion between defence of Australia and fighting wars far from Australia. The argument for pursuing the former is incontestable; this is a key obligation government has towards taxpaying citizens. The latter is of questionable justification.

In an interview with Greg Sheridan (Weekend Australian, 4 November 2022), Prime Minister Albanese made clear that the government is determined to acquire “the (defence) assets Australia needs to defend ourselves, but also to project (force).” This doesn’t clarify the confusion at all. It’s a false distinction. Surely, under international law Australia is only justified in ‘projecting force’, a notion that needs considerable qualification itself, when the interests of the nation are under threat or attack or in a UN endorsed operation.

There is a gnawing unease that Australia is about to take irreversible steps when the Defence Strategic Review and the report on the AUKUS nuclear-powered submarines surface. Government statements appear strongly determinative and give the sense the outcomes are predetermined. In the absence of a public explanation of the government’s plans, perhaps by way of a statement to Parliament or a headland speech by the Prime Minister, it is necessary to look at other sources for understanding.

October’s 2022 US National Defence Strategy (NDS) is one such valuable resource; as the references in the document to ‘Ally’ or ‘Allies’ also means Australia. Expert responses to the document – which also includes the 2022 Nuclear Posture Review (NPR) and the 2022 Missile Defence Review (MDR) – have been generally tepid. Some commentators note that it really doesn’t change much except the names of some concepts and that it is too general.

The Stimson Centre’s Kelly Grieco thought the NDS just presented “old-fashioned deterrence” as “a novel concept” by renaming it as “integrated deterrence “. In her view, the NDS would have benefited from “more thinking on actual strategy, rather than mere buzzwords”. Anthony Cordesman of CSIS complained “there are no meaningful net assessments of key threats like Russia and China and no specific plans to improve U.S. strategic partnerships”. That is, the risks and obstacles, and how they would be overcome, were not addressed.

Cordesman’s criticism is particularly salient given the Heritage Foundation’s hefty 2023 Index of US Military Strength. The Prime Minister might claim Australia made “[its] decision in 1941. That was the right decision then and the US is the right partnership now.” However, the Index assessed the US military as ‘weak’ relative to China in particular.

Nevertheless, the NDS’s integrated deterrence concept seeks to apply “a coordinated, multifaceted approach to reducing competitors’ perceptions of the net benefits of aggression relative to restraint”. It posits that effective deterrence requires nothing less than shaping “how competitors perceive U.S., Ally, and partner stakes, commitment, and combat credibility” so that in turn “the perception of [adversaries] own ability to control escalation risks” is affected.

This reflects a general failing in American and Australian strategic analysis that accords no agency to other nations. It can be seen clearly in G. John Ikenberry’s recent article Why America Endures. In this article Ikenberry privileges the history of the US over all others. The cultures and belief systems of other states, the national priorities and interests deriving from their own histories and experiences, are weighed at nothing against the legitimising power that America’s unique history gives to its hegemony and right to dominate. That other states might fiercely and legitimately resist being shaped by America is not countenanced. Only America’s interests matter.

Australia also falls for this mistake, which seems common to former colonial powers and European settler societies. Australian politicians seem incapable of comprehending that countries like China will watch and plan to counter everything they do. The NDS gives the mistaken impression that it is possible to precisely calibrate strategic actions to accurately target specific outcomes. The integrated deterrence approach demands optimal combinations of denial and resilience “to be tailored to specific settings and deterrence objectives”. This attitude explains America’s appalling record of being continuously at war. Other states are treated as simplistic and passive actors that are expected to react predictably and obediently to US sticks and carrots. They never do.

However, it is America’s nuclear forces that form “the ultimate backstop to deter attacks on the homeland and our Allies and partners”. The NDS states that “limited nuclear escalation will not render U.S., Allied, and partner forces incapable of achieving our war-fighting aims”. The NDS advertises that America “will work with Allies and partners to identify opportunities to increase the visibility of U.S. strategic assets to the region as a demonstration of U.S. resolve and commitment”. The subordination of Allies to US concerns is evident throughout the NDS.

Australians should be concerned by the American nuclear strategy, which includes “ballistic missile submarine port visits and strategic bomber missions”. The aim is “to better synchronise the nuclear and non-nuclear elements of deterrence and to leverage Ally and partner non-nuclear capabilities that can support the nuclear deterrence mission”. Planning includes synchronising “conventional and nuclear aspects of planning – including by improving conventional forces’ ability to operate in the face of limited nuclear, chemical, and biological attacks”.

In the context of the basing of US aircraft at RAAF Tindal the initiative to “Modernise the B-52H Stratofortress bomber fleet through 2050 as a nuclear stand-off platform with global reach” is revealing. In sum, the NDS effectively confirms Australia’s role in American nuclear war planning. It declares “The 2022 National Defence Strategy is a call to action for the defence enterprise to incorporate Allies and partners at every stage of defence planning”, including nuclear.

The NPR outlines a nuclear deterrence strategy that is based on developing “tailored strategies for potential adversaries that reflect our best understanding of their decision-making and perceptions”. In this America views “the expertise, capabilities, and resources of our Allies and partners as “force multipliers” for strengthening deterrence”.

To short circuit the militarist enthusiasts, yes, the prospects of a conflict in Asia, either in the South China Sea or on the Korean Peninsula are high and increasing. Australian defence planners have quite rightly moved past the rhetorical camouflage of previous times when defence investments were justified by notions of warning time, sea-air-gap, and low-level incursions in the North. Regional capabilities are growing and no government can ignore that. But planning to engage China in a war and flirting with nuclear deterrence and nuclear war is well beyond the remit of officials and beyond the political-contract with government.

China is rapidly acquiring the capability to project power within the Asia-Pacific region. America is a declining power, and the jury is still out on the extent to which its ill-advised Ukraine policy and its domestic political discord will accelerate that decline.

The NDS is the dreaming of a slipping hegemon but reveals the potential nightmare of nuclear war for Australia. A public debate on defence policy is now essential.