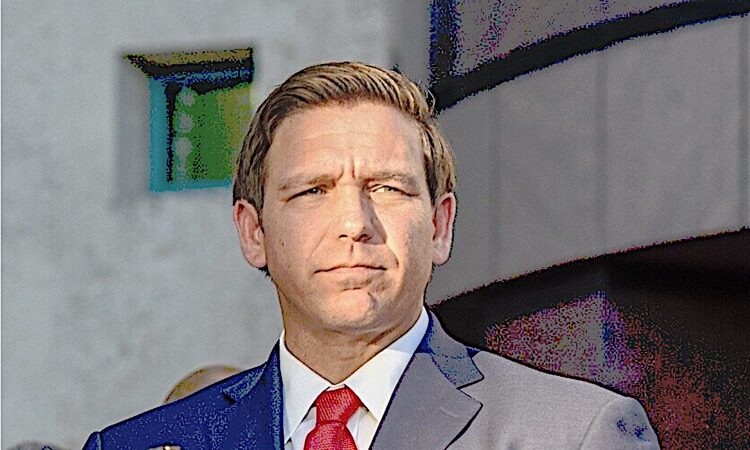 Trump’s defeat in 2020 made his tenure appear to be an aberration, and Biden’s election a welcome return to normality. However, America’s allies would be well-served to monitor closely the political tides as the 2024 presidential election approaches. Far more formidable illiberal forces are emerging.

Although Trump might seem difficult to displace as front runner for 2024, Ron DeSantis’ chances have been greatly strengthened in the midterms. Realistically, to prevail in the primary DeSantis would have to sway the MAGA constituency by, at a minimum, demonstrating some empathy with the election deniers and deep state conspiracy theorists. He would need to give at least a nod toward the christian nationalists and isolationists, and a tilt toward anti-multilateralist foreign policies.

To win the presidency, DeSantis would need to pivot more to the centre and soften his pitch so as to not alienate independent voters. This group could be more inclined toward DeSantis than Trump, given his experience in administration and legislation as a state governor, and as an articulate younger man with some charisma.

In office, DeSantis would likely deliver the next staggering blow to liberal democracy in America. He has made his ideology unambiguously clear, and it is darker and more coherent than that of Trump.

DeSantis has identified wokism as “an attempt to really delegitimise [America’s] history and to delegitimise our institutions”. He believes wokism is the work of cultural marxism, a subversive leftwing ideology. Cultural marxism’s proponents, DeSantis is convinced, “really want to tear at the fabric of [America’s] society.” Were DeSantis to become President, the consequences for both America domestically and America’s position in the world would be profound.

Belief in the cultural marxism conspiracy has been meat for the extreme fringes of the far right, and so-called paleo-conservatives like former presidential candidate Pat Buchanan, since the 1990s. Its acceptance as real has moved into the mainstream with not only with DeSantis, but in other important Republicans like Senators Josh Hawley and Marco Rubio, both potential 2024 presidential aspirants. The new majority in the US House of Representatives is led by implacable opponents of “woke.” Denizens of Trump’s inner circle during his presidency were signed-up warriors against cultural marxism.

What is cultural marxism? Firstly, it is an explanation many conservatives take very seriously for a range of changes in social and political norms and attitudes that they believe are aimed at preparing America for socialism or communism. Cultural marxism is thought to be aimed at undermining white Christian America, or bringing about division and degeneracy in society, and as denying the foundational values of the nation. The theory’s power lies in the flexibility with which the conspiracy narrative can be employed to oppose almost any issue conservatives are unsettled by.

Among the more often quoted articles are Michael Minnicino’s 1992 The Frankfurt School and ‘Political Correctness’, Gerald Atkinson’s 1999 What is the Frankfurt School (and its effect on America)?, William Lind’s 2000 The Origins of Political Correctness and his 2009 The roots of political correctness, and John Fonte’s 2000 Why there is a culture war. They share in common the conviction that a group of pre-war Marxists concluded that the failure of the communist revolution to eventuate in Europe and America was the result of the prevailing culture, and that they devised a program to disrupt it.

Collectively, these works argue the cultural marxism agenda accounts for multiculturalism, secularism, feminism, LGBTQ+ rights and gay liberation, sexual permissiveness, the black civil rights movement, affirmative action in education, and diversity policies in corporations. To cultural marxism is attributed attempts to divide and alienate Americans through identity politics, to demoralises white youth through the teaching of race history, and to dilute and weaken American masculinity.

The emphasis on political correctness arises because, in the theory, it is evidence cultural marxists seek to brand their opponents as racists, anti‐Semites, homophobes, fascists, Nazis, and conservative, in an effort to suppress criticism of cultural marxism. For conservatives like DeSantis cultural marxism provides a complete and internally coherent narrative of what’s wrong with America. They are convinced the ultimate goal of the promoters of cultural marxism is to discredit the nation, the homeland, traditional hierarchies, authority, family, Christianity, traditional morality and other institutions, and to foster an ultra-egalitarian and multicultural, rootless, and soulless global nation. A nation ripe for communism.

It is not an exaggeration to say that America’s political institutions stand on the verge of being captured by adherents of the cultural marxism conspiracy. A development that, were it to happen, would place enormous pressure on a range of civil and political rights won by progressives in America, and see an illiberal authoritarian cast in Congress and the Whitehouse. The much vaunted values held by Europeans and Australians will no longer be those of their major ally.

As Australia welds itself ever more firmly to the fate of America, the political class in Canberra remains obstinately and deliberately ignorant of the domestic political transformation of its ally. The national leadership looks away as if unwilling to cognitively process the deep illiberal and authoritarian currents surfacing in American politics, or to acknowledge the radical anti-intellectualism with which they are tinged. This is dangerous. America’s reliability, predictability, and compatibility as an ally could even be less than under Trump.

Australians generally are less inclined to take philosophies and ideologies seriously, or imagine that radical changes in national direction might occur quickly. However, a tendency that once protected Australians from succumbing to extreme or radical doctrines and conspiracies might now prove dangerously naive. DeSantis is just the tip of the iceberg. The legions of Americans who find comforting answers to rapid and disturbing change in a single cause could put the conspiracy theory crowd in charge in 2024.