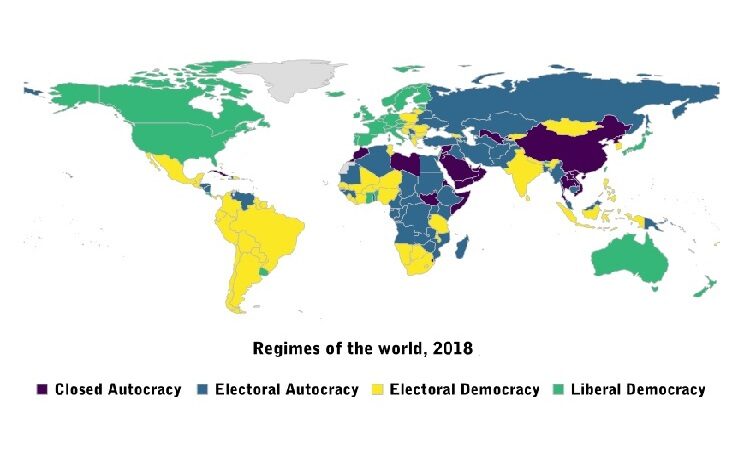 LIberal aspects of democracy, in particular civil liberties and the rule of law, are essential to a democratic system worthy of this name. Majority decisions taken in illiberal contexts are not a sufficient basis for political action: there is no such thing as an “illiberal democracy”.

By Anna Lührmann and Sebastian Hellmeier for the Heinrich-Böll-Stiftung (Germany), published February 2020

“A decline in democratic quality can be observed worldwide. The terms populism, nationalism, illiberalism, and authoritarianism are omnipresent in attempts to explain and describe this development. The e-paper examines overlaps, differences and their relationship to one another, highlights global and regional trends of autocratization and highlights the consequences of this development for civil society in the affected countries.”

“We have argued that liberal aspects of democracy, in particular civil liberties and the rule of law, are essential to the survival of a democratic system worthy of this name. Core democratic processes, such as free and fair elections, cannot function properly without these liberal elements. With this notion, we contradict the position of actors who assert that majority decisions taken in illiberal contexts are a sufficient basis for political action: in other words, there is no such thing as an “illiberal democracy”.

“The time has now come to systematically develop democracy promotion strategies that can counteract the global autocratisation trend.”