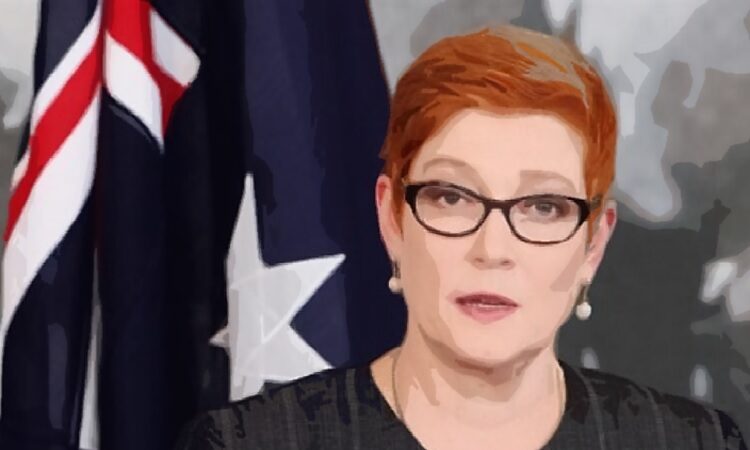 Realists have always been convinced that anarchy lay below the post-Second World War rules-based international order. They must feel vindicated now as the artefacts of the realist world are re-emerging; spheres of influence, shifting alliances, and balance-of-power strategies.

The post-Second World War era has been an historical anomaly. It has seen uncharacteristically structured international arrangements of durable institutions, and agreed norms, designed to facilitate peaceful dispute resolution and cooperation on security, economic and social matters between nations. Realist interpretations of international relations have long held that this multilateralism and international law were only ever transient, giving a deceptive impression of underlying stability and order.

Realists might differ over whether domestic considerations are a factor in international relations, or about the role played by human nature and social organisation, or as to how the structure of the international system determines the behaviour of states. Nonetheless, realists are united in the conviction that the international arena is fundamentally ungoverned and ungovernable, and that states participate in a continuous struggle in which they seek the power to advance and protect their own economic, military, ideological, or diplomatic national interests. An ugly but perhaps increasingly apt description of international relations.

In recent times the increased distancing by the US from international institutions of its own creation has encouraged others to defy the previously prevailing rules and norms of international behaviour. This is seen not just in the actions of China and Russia, who always saw those norms and rules as loaded in favour of the hegemon, or in the actions of more or less authoritarian or illiberal states, but in rising confusion in the policies of states like Australia. The indeterminacy over whether a gradual transition from the rules-based order to a degree of anarchy is taking place generates a certain dissonance in the speechmaking of leading political figures.

Hints of this conceptual confusion can be seen in Prime Minister Morrison’s address to the Chicago Council on Global Affairs last year. Although the Prime Minister strongly supported the rules-based order in the address, realist concepts of spheres of influence, balance of power and national interest also got strong, albeit indirect, emphasis. The Indo-Pacific, he said, was “the region that will continue to shape [Australia’s] prosperity, our security, our destiny and, increasingly, our global balance of power”. He argued for reform of the World Trade Organisation (WTO), and by implication other international arrangements and institutions, because “the real issue is it’s in [Australia’s] national interest”.

Before an Asialink audience on 26 June 2019, the Prime Minister again mixed liberal internationalist ideas with notions which any realist would emphasise. Like a good liberal internationalist, he said Australia “will be more secure and prosperous in a global order based on agreed rules, not one based on the exercise of power alone”. But the realist begins to emerge when he subsequently suggests that Australia embraces “free trade, global engagement and an international system where we agree rules, stick to them and honour our commitments [because] that is the surest path to an open, stable and prosperous Indo-Pacific”. He spoke of Australia’s “plan to foster an open, inclusive and prosperous Indo-Pacific, consistent with [Australia’s] national interests”. Here he is defining a sphere of influence on the basis of Australia’s interets.

He went on to say the Indo-Pacific, is “where we have our greatest influence…and can make the most meaningful impact and contribution”. The Indo-Pacific “will continue to shape our prosperity, security and destiny”, he said, placing it “front and centre of Australia’s strategic outlook, our foreign policy and our personal connections”. He goes on to stress, Australia will “continue to lead by example, developing our close web of relationships across and within the Indo-Pacific” and “investing heavily in… bilateral relationships, to advance our security and prosperity and build regional influence“.

The emergence of realist notions alongside traditional support for multilateralism and liberal internationalism can be seen in other statements by Australian government ministers. Foreign Minister Marise Payne reported that an audit of Australia’s engagement in key multilateral institutions commissioned by Morrison, “affirmed that multilateral organisations, especially international standard-setting bodies, create rules that are vital to Australia’s security, interests, values and prosperity”.

To hold that multilateralism is essential but only if and when it aligns with Australia’s interest is to misunderstand the nature of multilateralism as a mechanism for finding compromise solutions acceptable to all.

Quite reasonably she held that “Multilateralism for the sake of it is rather pointless”. The Foreign Minister elaborates, saying“Where meetings and forums fail to reflect our values or deliver outcomes that align with our interests at home, our challenge is to ensure the institutions and our active engagement within them delivers for Australia and Australians”. Australia should “prioritise Australia’s sovereignty, and Australians’ long-term interests”. To hold that multilateralism is essential but only if and when it aligns with Australia’s interest is to misunderstand the nature of multilateralism as a mechanism for finding compromise solutions acceptable to all.

Yet, acting as though the realists are right about the nature of international relations is the wrong approach. For multilateralism to be effective in tackling urgent issues like global warming, nuclear disarmament, pandemics, forced migration, ecological collapse, and biodiversity loss, states will need to cooperate through international institutions and fora.

Such cooperation inevitably requires the surrender to some extent of sovereignty for the achievement of mutual benefit, and the compromise and subordination of national interests to some extent in order to achieve the greater good. Certainly, nations are entitled to argue against steps that will produce disproportionately adverse outcomes for their citizens. However, to contribute effectively to solving global problems, nations cannot adopt an absolutist stance on sovereignty, or an unwavering commitment to prioritising their national interests, or fail to see that global security is indivisible.

If a transition is underway, Liberal internationalism’s fundaments undoubtedly will prove obstinate and resilient, and the fall into anarchy won’t be precipitous or total. Too many states still have a stake in the status quo. But the trend is clear. It’s not that institutions don’t need reform when circumstances change.  But that in seeking changes states like Australia seem to been intent on achieving national, at the expense of international, advantage from the opportunity for reform. Australia appears caught between recognising the value of multilateralism and feeling the need in current circumstances to act as though the realists portray and accurate picture of internationals relations.

However, as geopolitical power shifts, and if global institutions are increasingly marginalised, middle powers like Australia will have difficulty finding their balance. There are clear temptations for politicians to employ rally-round-the flag language that realist notions of my country first neatly accomodate. Sovereignty and national interest are powerful rhetorical concepts. It is important, however, to remember that the point of the post-war order was to avoid future wars.

The global institutions, no matter how flawed, have succeeded in preventing, at least to date, another great power war. If all nations were to take a realist approach to the current international arrangements that support multilateralism they could easily lose their efficacy.

The only hope of getting on top of the transnational global crises confronting humanity, and it is possibly a vain one, is for the US to come back to multilateralism after the presidential election. The world is holding its breath.