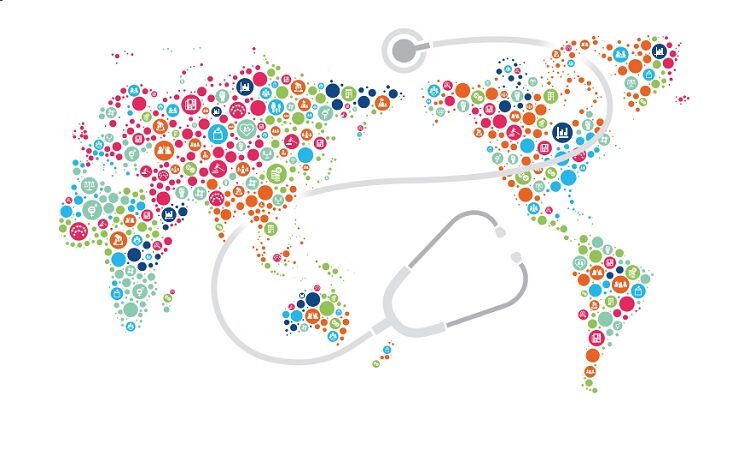 Liberal democracy still has a way to go before getting out of the ICU. Diagnosed with an underlying co-morbidity prior to the pandemic, it will be fortunate to survive without an ongoing need for respiratory support. The prognosis for liberal democracy post-COVID-19 is not auspicious.

Published a month before the doctors in Wuhan discovered the new coronavirus, The Global State of Democracy 2019  report observed ‘Pessimism and hand wringing about the health of democracy have become the norm’.  The report announced that ‘Democracy is ill and its promise needs revival’. The ‘value, viability and future of democracy are more contested now than ever before in modern history’, it went on to say.

A February 2020 German study by the Heinrich Böll Foundation, Populism, Nationalism, and Illiberalism, that was also completed before the worst of the virus outbreak, similarly reported, ‘The global state of democracy has worsened markedly over the past few years’.

Such gloomy assessments of the status and prospects for liberal democracy are increasingly common, for example see Swedish think tank Varieties of Democracy’s 2019 Democracy Facing Global Challenges and Freedom House’s Democracy in Retreat. Freedom House concludes, ‘the pattern is consistent and ominous. Democracy is in retreat.’

Joshua Kurlantzick notes that while it’s ‘almost a trope to conclude that global democracy is increasingly imperilled’, there is ‘considerable evidence backing this theory’. The theme is evident in recent book-length treatments like Regression of Democracy (2011), Liberal Democracy in Crisis (2019), Democracy under Threat (2019) and The Weariness of Democracy (2020) which variously propose neoliberalism, globalisation, capitalism, media and the failure of democratic institutions as factors in the problems of liberal democracy.

Many commentators see in the emergency measures adopted in the fight against COVID-19 further opportunities for civil liberties and human rights to be eroded and for illiberal and autocratic tendencies to supplant liberal democratic values. The pandemic seems likely to at best aggravate the current trend and at worst accelerate it.

The key additional threats to liberal democracy lie primarily in two areas: the reluctance of governments to relinquish extraordinary powers once a crisis has passed, and the surprising ease with which populations can become habituated to the gradual disappearance of their rights and freedoms. Extraordinary powers have been assumed by governments across the globe without a great deal of parliamentary or public debate, or clarity about why those powers were essential, or under what circumstances they will be extinguished.

Suppression of the rights to freedom of movement and freedom of association may have important positive public health implications during a pandemic. However, the concern is that now there might be an acceptance among both political elites and the people that these are default government powers and available whenever the governments themselves deem the situation requires them.

Employing geo-positioning, big data, and artificial intelligence to ensure people self-isolate and social distance may be effective in reducing transmission of the virus but, if retained, this capability has an insidious potential. A potential magnified by the willingness of governments to utilise the techniques of behavioural science and nudge theory to shape public attitudes and responses. In combination these methods of population control threaten political choice and action and strengthen greatly the advantage and power of incumbency in government.

In these times of irreconcilable differences and unvarnished hostility between political parties, and of fractured polities, the rise of radical and extremist ideologies, and volatile electorates, winning office is no longer just a matter of competing philosophies, ideas, and policy programmes. Politicians employ all the tools at their disposal, from misinformation to exploiting social media, to ‘sell’ themselves to a large enough segment of the people to secure electoral to success.

The increased powers assumed by governments under the guise of fighting the pandemic, in part justified by them with military and wartime analogies, not only add a concerning new element to the electoral process. They also provide autocratic political leaders once in power with a new suite of means for monitoring opponents and dissenters.

It is doubtful that many political operatives anywhere will let a genuine commitment to the liberal democratic values of consent of the governed, of freedom of association and freedom of movement, of equality before the law, of free expression, or privacy, hinder efforts to gain or retain power. Spreading misinformation and division rather than seeking reasoned debate, and resorting to the adjudication of facts, is now a norm.

Of course, democracy has previously been pronounced to be in regression, and has shown remarkable resilience. In 1975 Samuel P. Huntington and others produced The Crisis of Democracy, a report to the Trilateral Commission responding to the ‘acute observers’ who have ‘seen a bleak future for democratic government’.

There was an even earlier period when liberal democracies experienced more than a threat. In the period between the world wars democracy was extinguished in Europe apart from in a few states. Democracy still retains far more support today than it did in the 1930s, and the illiberal political movements and autocrats are not driven by as virulent or as seductive a force as fascism. The prospect of a new world war seems remote.

In 1997, Fareed Zakaria warned of the Rise of illiberal democracies. What we see in many states now are popular leaders who unashamedly or imperceptibly undermine the values and protections enshrined in liberal democratic constitutions. While their acts might be met with outrage and condemnation by powerless minorities, they still continue to retain, not only the support, but often the admiration of a plurality of the population.

As COVID-19 eventually moves through the democratic states, it is unlikely they will have emerged unscathed. It seems probable, or at least not unreasonable to assume, that liberal democracy will take a large backward step.