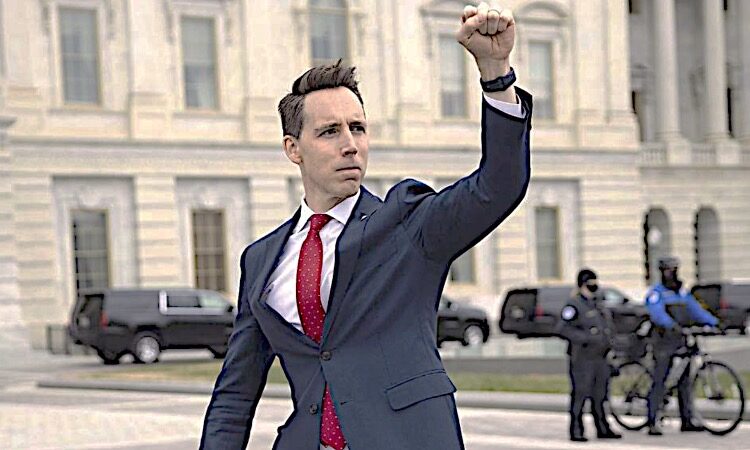 A threat to American democracy more significant than white nationalists and supremacists, conspiracy theorists, and militias pervaded the Trump Administration. An authoritarian theology captured the levers of power for a period.

That liberal democracy would inevitably advance over time and religion would decline has been the expectation. Nevertheless, the liberty of the individual to form their own metaphysical, ontological, religious, and political judgements, to associate with others who share their views, and to express and argue for the rightness of their beliefs, is at the heart of the liberal democratic project.

Liberal democratic governments should be secular, pluralistic, and tolerant, in theory, and be neutral, especially in regard to religious beliefs, while maintaining a clear separation between church and state. Ironically, religious liberty has plagued American democracy since before the Revolution, and a strong authoritarian strain still runs through America religious thinking.

The right to a free conscience and to worship without institutional intervention has been thought by Weberians to have facilitated individual enterprise and entrepreneurship, which in turn generated the need for liberal democracy which protected religious liberty. This neat process hides a paradox; Protestantism in America is often deeply intertwined with and sympathetic to authoritarianism.

From the Puritans to the present day Evangelical Protestants there has been a conviction that God’s intent was to establish a Christian nation in America and they have struggled with secularists over this goal. This is not a struggle for religious liberty, which an amendment to the Constitution subsequently assured, but “evangelicals have become seriously motivated to critique, redesign, and restructure not only American culture but American political institutions”.

The Trump Administration provides disturbing evidence of how Christian nationalists  have penetrated key political institutions. Trump’s Cabinet level officials Mike Pence, William Barr, Mike Pompeo, and Betty DeVos have have pushed the idea that Christianity is under attack in order to provide justification for promoting a national Christian culture. For many observers, the crusade for religious liberty over all other rights by Pompeo and Barr, appears as a smoke screen for imposing religious conservative values on the entire population.

America probably dodged a bullet with Trump’s defeat. None of these prominent members of the Administration were shy about expressing their authoritarian religious views. Emboldened by another four years in power they undoubtedly would have been prepared to push their biblical agenda further. It is clear that for them, as for Trump’s evangelical supporters, that religious liberty means imposing on the country conservative religious values with respect to issues like abortion, LGBT rights, and same-sex marriage. And breaking down secularism and the separation of church and state though prayer and religious education in schools and by installing religious icons in public places. The eclipse of constitutional liberal democracy by a competing virtual theocracy was their aim.

So, democracies are left with a quandary. In theory, the individual’s right to a conscience and to determine their own belief system, their own world view, and to live by and proselytise their beliefs, must be inviolable in a liberal democracy. Liberal democracy could not function without a strong presumption in favour of this fundamental characteristic.

Trump’s commitment to the religious struggle was always doubtful, as was his comprehension of the aims of the broader project.  But there are far more formidable players entering the arena. Players with a better understanding of how executive power and the judicial and legal instruments can forward a minority agenda.

Senator Josh Hawley has an elite educational background, impressive employment record, and talks intelligently and coherently on public policy issues. He is seen as a potential presidential candidate. However, Hawley endorses views like “There is not one square inch of all creation over which Jesus Christ is not Lord.” A message he claims Christians must take “into the public realm, and to seek the obedience of the nations. Of our nation!”.

Hawley regards as heresy the view of Supreme Court Justice Anthony Kennedy that “At the heart of liberty is the right to define one’s own concept of existence, of meaning, of the universe, and of the mystery of human life”. Hawley’s mission, and that of his fellow Christian nationalists, is “Replacing it and repairing the harm it has caused”. This he says” is one of the challenges of our day.” While Hawley’s ambitions have suffered a blow, inevitably someone of comparable capability will emerge.

In drafting the Constitution the American founding fathers sought a balance between Enlightenment rationalism and religious liberty. It was a religious constitution, though in the sense of being Deist not Christian. The right to religious liberty was absent from the original Constitution as ratified, being added as part of the Bill of Rights in the inaugural session of Congress. As Richard Hughes has pointed out, for many Christians the struggle began when the Constitution “failed to require by law that Christianity would become the official religion of the United States of America”. They continue to seek the redress this failure.

The founders sought to construct a political system in the US that had the best chance of avoiding the fate of the Republics of antiquity that sank into authoritarianism eventually. The result of their efforts will be continually tested in the coming years. It’s too early for other nations to be planning on having to deal with an American Christian Republic. But Australian governments cannot treat the US as a black box, comfortable that the two nations are like-minded values-sharers. To a large extent this is already not so.

History doesn’t predict or determine, and as a teacher it only prompts or stimulates thought. History does show that radical shifts in the nature of political systems can take decades to build but happen rapidly. It is also the case that there are times that matters other than trade, economics, finance and the military dominate geopolitics. For other nations, domestic political and social developments in the US have to become of equal priority with China-watching.

It is very unlikely that the US will become a theocracy. However, the Christian nationalists will be an irreducible factor in its decline as a liberal democracy.