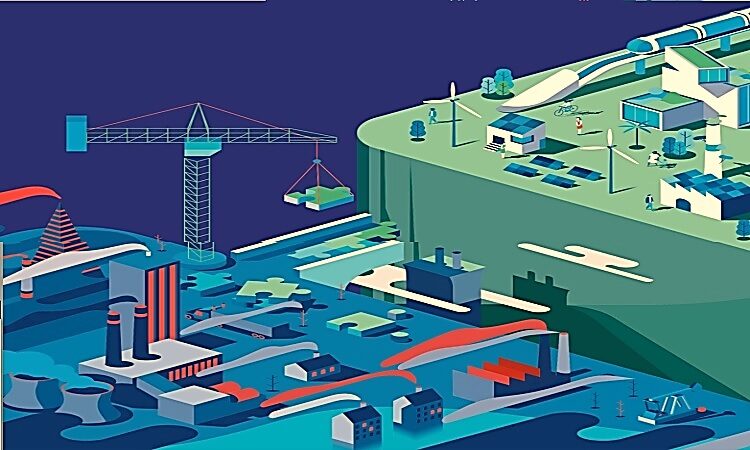 The developed world’s moral obligation, and self-interest, insist that they should provide substantial assistance to the emerging economies and developing countries (EEDC). However, the political and technical obstacles to providing effective climate action that existed prior to the coronavirus outbreak remain. If anything, the experience of the health crisis has exacerbated the challenge, and demonstrated that the needed level of multilateral commitment, cooperation, and sharing is even more remote.

Without assistance, emerging economies and developing countries will continue to add increasing amounts of greenhouses gases to the atmosphere for decades.

In all likelihood global warming will exceed 2.0oC above pre-industrial levels, and while projections are fraught, without serious correction the trend is heading for 4.0oC warming or above by 2100. As the advanced economies, however tardily, reduce their emissions, the EEDCs, unless assisted, will continue to add increasing amounts of greenhouses gases (GHG) to the atmosphere for decades.

The problem is crystal clear, the scale of the accumulation of harms that will be inflicted on successive generations is understood, and there is no lack of well-researched and thought-through policy proposals for a way ahead. It just requires political will.

There are many examples of sound policy analysis for the developed economies on which governments can build national strategies. These include, the Energy Transitions Commission’s (ETC) Making Mission Possible: delivering a net-zero economy and the World Resources Institute Designing and Communicating Net-Zero Targets.  The International Renewable Energy Agency’s (IRENA) publications Global renewables outlook 2020-energy transformation 2050, Transforming the energy system and holding the line on rising global temperatures, and The post-COVID recovery-an agenda for resilience and equality all provide rich sources of analysis, cost estimation, and strategies for action on climate policy.

While EEDCs were always going to require substantial assistance from the advanced economies, the need for strong multilateral action has become more urgent.

The EEDCs, however, have been harder hit by the pandemic than developed economies and will have less capacity to recover quickly. The economic impact of the pandemic has reversed decades of poverty reduction in the EEDCs, and redressing this major setback will reduce substantially the human and financial resources available for climate initiatives. This, in turn, will have a serious impact for their ability to transition to low-carbon, climate-resilient (LCCR) economies, and to lessen their reliance of fossil fuels. While EEDCs were always going to require substantial assistance from the advanced economies, the need for strong multilateral action has become more urgent.

The task of assisting the EEDCs will be complex and costly. This can be seen from a series of World Bank Group (WBG) studies. With Transformative Climate Finance, and the supporting economic analysis by Vivid Economics, the WBG has looked at the important role EEDCs will play in moving toward a low carbon world and the critical role that could be played by the coordination and strategic structuring of development finance. The reports examine how international climate finance from dedicated climate funds and initiatives can support transformative climate action in EEDCs. They show that climate finance can be more effectively deployed to address barriers to action. They derive general principles based on the allocation of climate finance, use of different financial instruments and other improvements to the current approach.

To enable EEDCs to achieve LCCR development in line with a less than 2.0oC outcome will require funding, technology transfer, and deep coordination and cooperation among the advanced economies.

The analysis notes that in 2017 dedicated climate finance into EEDCs was only $US 3 billion and climate-related development finance, investment with some incidental climate impact, was $US 55 billion. To achieve LCCR development in line with a less than 2.0oC outcome annual financing needs of the EEDCs are estimated at $US 4,000 billion. This is self-evidently an area of climate action for which responsibility falls squarely on the governments of the advanced economies.

Another important policy area raised by the WBG is Technology transfer and innovation for low-carbon development. The EEDC will need access to the relevant technology if they are the grow in a manner consistent with meeting the Paris Climate Agreement emission targets, and with the resilience to withstand already built in climate disruption. The report highlights that the world’s most vulnerable economies are excluded from the promise of these technological solutions. In conclusion it offers a discussion of practical policy actions to support the transfer of technological solutions for EEDC transformations “either inward through import and diffusion or outward through innovation, production, and export”. This also is a crucial area of multilateral climate action that will involve high levels of government support and involvement from the advanced economies.

In addition to development finance and technology transfer, issues like curbing fossil fuel supply, and weaning EEDCs off fossil fuel dependency will require deep coordination and cooperation among the advanced economies. The World Bank Outlook 2050 strategic directions note provides an overview of the scale of the transformations required in advanced economies and EEDCs, and in doing so canvasses, indirectly, the moral issue. It observes that “Unless urgent action is taken, climate effects could by 2030 push an additional 100 million people into poverty”, and that “By 2050, more than 143 million people in Latin America, South Asia, and Sub-Saharan Africa alone may be forced to migrate within their own countries to escape the slow-onset impacts of climate change”.

The impetus to act on these global human security issues simply adds to the moral and political obligations that governments in advanced economies have to act on mitigation and adaption in the interests of the welfare, security and well-being of their own citizens.

Global warming is not a divisible problem, and emissions from other nations, including the EEDCs, will adversely impact every other nation. Climate disasters do not know boundaries.

Global warming is not a divisible problem, and emissions from other nations, including the EEDCs, will adversely impact every other nation. Climate disasters do not know boundaries. It is in the interests of the advanced economies to work together to provide sufficient, effective and comprehensive support to the EEDCs in their efforts to transition to stable, low carbon economies. While individuals, communities, businesses, corporations and regional governments can make meaningful contributions toward mitigation of emissions and adaptation, particularly within their own national borders; the forging of the financial structures, policy frameworks, and international mechanisms that will tie together global efforts to support EEDCs must be led, agreed and implemented cooperatively by national governments.

Multilateralism is not just an option for the response to climate change, it is essential.