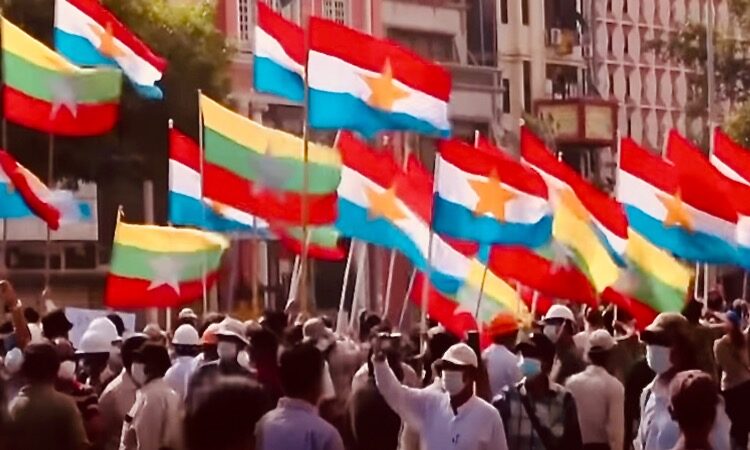 Tensions appear to be increasing in the Myanmar crisis, with casualties reported as the the military continue attempts to disperse protestors. On Sunday, police fired on crowds in several places, killing 18 people, the U.N. human rights office said.

U.S. officials including Secretary of State Antony Blinken condemned the violence. White House National Security Advisor Jake Sullivan issued a statement on 28 February 2021 saying the U.S. is “alarmed” by the violence and stands in solidarity with Myanmar people “who continue to bravely voice their aspirations for democracy, rule of law, and respect for human rights.”

White House press secretary Jen Psaki said yesterday [1 March 2021] that the “killings represent an escalation of the ongoing crackdown on pro-Democracy protesters,” adding that the Biden administration is “preparing additional the actions to impose further costs on those responsible for this latest outbreak of violence and the recent coup.” Presumably the White House will be looking to apply further sanctions to the military junta.

Thomas-Greenfield said Washington would be looking for international engagement “to press the military to reverse its actions and restore a democratically elected government.”

U.N. Secretary-General Antonio Guterres has also pledged to mobilize global pressure “to make sure that this coup fails.”

ASEAN foreign ministers will meet today [2 March 2021] to discuss the crisis which will include representation from the military government. In a Reuters article, Tom Allard considers whether ASEAN diplomacy can have an effect on resolving the crisis.

One option that has been proposed is an Indonesian plan for ASEAN to oversee a new election to ensure it is fair and inclusive, allowing the junta to step down and put Myanmar back on the course to democracy. But Myanmar’s ousted parliamentarians and protesters have a clear preference for recognition of the outcomes of last year’s elections – a landslide victory for Aung San Suu Kyi’s party – rather than new elections. Reuters cited sources as saying that a proposal for ASEAN members to send monitors to ensure a new election was fair implied that the November result was void, and served to give legitimacy to the junta’s claims.

Allard’s article suggests that India and China are not likely to want to take forceful action against the coup-makers.