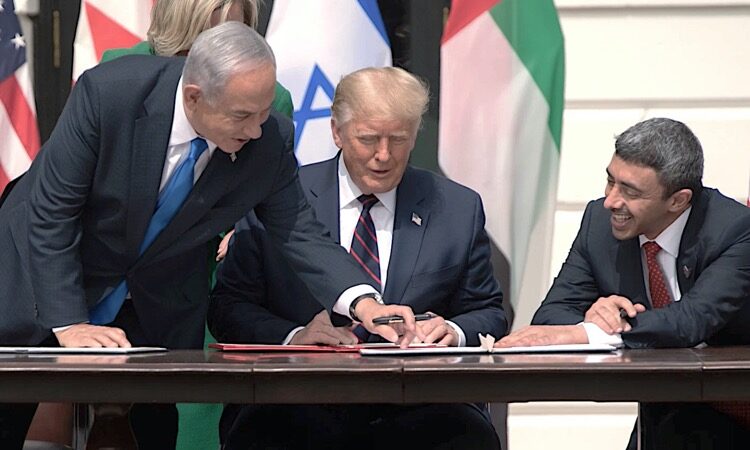 Over the past few years, during which international relations, strategic policy and diplomacy have been reduced to transactional considerations, the world has become inured to the US exercising its power arbitrarily and tolerating authoritarian excesses. The appearance of a broad, nuanced diplomatic agenda is unexpected. However, the shift in America’s policy in the Middle East, while subtle, is clear; and the messages it is sending will be received in Tel Aviv, Tehran, and Riyadh.

It is possible to see the Biden Administration’s actions as interconnected and as part of a calculated attempt to position the US to become the central player in the improvement of regional security. Biden has been simultaneously giving some ground and setting some boundaries in this process.

Biden’s tardiness in making contact with the Israeli Prime Minister was interpreted by many as a sign that he wanted to reset the American relationship on a more traditional model. An impression strengthened by the Biden Administration’s reassertion of America’s support for the two-state solution and the intention to re-establish relations with the Palestinian leadership.

There are three ways in which Israel can interpret these steps. They are obviously an indication of Biden’s determination to see observance of international law restored. Then these moves show that Biden is serious about placing an emphasis on human rights in US foreign policy – both out of a principled commitment and also to blunt any domestic opposition to his diplomacy. But, more significantly, they create some diplomatic space for the Biden Administration in the region; a space that shrank dramatically following Trump’s enthusiastic support for Israel’s hawks and because of his maximum pressure policy on Iran.

Other steps taken by Biden indicate that creating space to manoeuvre diplomatically in the Middle East is a key objective. Removing the terrorist designation from the Houthis and ending “US support for offensive operations for the Saudi Arabia-led coalition” in Yemen, while also defensible on international law and human rights grounds, will be seen as a slight concession to Iran by the Saudis and the Israelis. Accustomed now to unconditional support from the previous Administration, the Saudis will realise that they will now have to be more open to bringing Iran in from the cold.

The suspension of arms sales to Saudi Arabia and the UAE and the announcement of a review of the relationships will also be understood in the region as presaging a realignment of US policy objectives. Biden won’t abandon these US client states, and will inevitably provide them with the wherewithal to defend themselves against any threat from Iran, but probably not to a level where their military capabilities could disturb the regional balance.

The pause in arms sales and the relationship reviews also send the signal that Biden is seeking a peaceful situation rather than armed camps in the Middle East, and that the Administration wants to establish the scope to be able to negotiate with all players, including Iran. Similarly, by the release of the intelligence on the killing of journalist Jamal Khashoggi, Biden can be understood as complying with US law and standing up for international law and norms. But it would also have signalled to the Saudis that they need to operate cooperatively with the Biden Administration or they will be held to account.

These moves are not blatant reversals of policy. The Administration still sees Iran as the challenge. But maximum pressure and crippling sanctions have only entrenched the Iranians in their view of being punished unjustifiably, and motivated them to push ahead with their nuclear program. A concomitant consequence has been the irritant in transatlantic relations due to secondary sanctions on European firms wishing to deal with Iran. Finding a path to re-entering and reinvigorating the Joint Comprehensive Plan of Action (JCPOA) has understandable priority for an Administration trying to stabilise the region and rebuild relationships with European allies.

While these limited steps to demonstrate to the Israelis and Saudis that aggressive policies in Palestine and Yemen will no longer receive support from America, and to lay down some boundaries, the Biden Administration is also messaging the Iranians. With the air strikes against Iranian-aligned militias in Syria, Biden is both letting the Iranian leadership know that Iran’s influence in the wider region is not acceptable, and that the shift in policy is not a weakening of American resolve.

Biden has been unambiguous about his belief that the US and China are in a strategic competition. He told the Munich Security Conference that the world was at an “inflection point” in the struggle between authoritarianism and democracy. It makes sense that his Administration would want to clear the decks in the Middle East in order to allow them to concentrate on what they see as an historic struggle.

Biden’s initial steps in the Middle East have been deft and measured. Israel and Saudi Arabia remain the US’s primary partners in the region but they will not be supported unconditionally. Biden is probably creating the circumstances where a reopening of relations with Iran will meet minimum resistance. China is the main game for him, and he will want any distractions arising out of the situation in the Middle East to be limited.