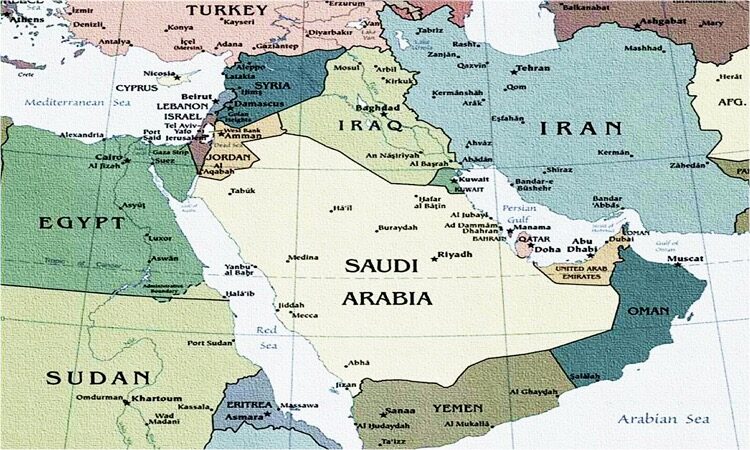 Mike Scrafton writes here that the Biden Administration’s approach to diplomacy in the Middle East looks to be underpinned by a coherent strategy aimed at positioning the US to become the central player in the improvement of regional security. This is contrasted with former President Trump’s transactional approach to international relations, the results of which, he argues, left the Middle East in a parlous state. Under Trump, Israel was uncritically supported, as was Saudi Arabia; Iran was isolated; the Palestinians abandoned and Arab unity on Palestine undermined; Russia and Turkey emboldened; the European influence diminished; and international law rendered irrelevant.

Mike Scrafton sees Biden’s first steps in the region as looking promising. But some commentators see the situation differently. Ray Takeyh, an Iranian-American Middle East scholar, former United States Department of State official, and a Senior Fellow at the Council on Foreign Relations, argues that the Trump administration handed US President Joe Biden a more stable Middle East, and warns that the gains made in the region under Trump could easily be squandered.

It’s thought-provoking to read the two pieces of analysis alongside each other, and see how two analysts can see the same set of circumstances quite differently. Only time will tell which analyst’s prism is the clearer.

(It should be noted that Takeyh was writing in November 2020 shortly after the US Presidential election, and did not have the benefit of seeing the Biden Administration in action.)

The Trump administration has pursued a successful Middle East policy… In the end, Trump will hand President-elect Joe Biden a region that is more stable than it was four years ago and an alliance network that is stronger than the one Trump inherited. This is a worthy legacy that will be squandered by the Democrats if they are determined to eviscerate all things Trump.

On Syria and Yemen
The Middle East… is a place of fierce sectarian conflicts and civil wars. The problems of the Arab world have not disappeared: Syria remains the domain of the Assad family, and Yemen is a humanitarian catastrophe. Paradoxically, these conflicts, as tragic as they may be, seem not to have disturbed the region’s strategic alignments. Iran is not stronger because of Assad’s triumphs, and Saudi Arabia is not weaker because of its futile intervention in Yemen.

On Islamic State, Hezbollah and Iranian-backed militia
In the last decade, the United States and its allies were often menaced by nonstate actors… Iran’s Shiite proxies in Iraq, the Islamic State… Hezbollah… A president famous for rejecting his predecessor’s inheritance was prudent enough to sustain the Obama administration’s campaign against the Islamic State that finally reduced the caliphate to rubble. And as Iran depleted its treasury, it had to reduce the subsidies to its lethal protégés, including Hezbollah. Although by no means defanged, these militias are less dangerous today than they were before the Trump presidency.

On Israel and Palestine
For decades, the received wisdom insisted that Israel could not be integrated into the Middle East unless it came to terms with the Palestinians… [But] Iran’s imperial rampage had created opportunities… And a new generation of Arab citizens was not animated by a conflict that had festered for so long… The United Arab Emirates led the way in making peace with Israel. And then came Bahrain, the stalking horse for Saudi Arabia.

More peace treaties are possible unless Biden returns to … lecturing the House of Saud that it must share the Middle East with the Islamists on the other side of the Persian Gulf. And once they’ve been deprived of the crutch of Arab solidarity, the Palestinians will come to their senses and return to the negotiating table.

On Iran and ‘maximum pressure’
Among the world’s revisionist powers, none has taken the battering of Iran. Trump’s successes have confounded his critics…The problem is that the Americans who will show up at the table after Jan. 20 may be so disdainful of Trump’s maximum pressure strategy that they fail to appreciate its many advantages.