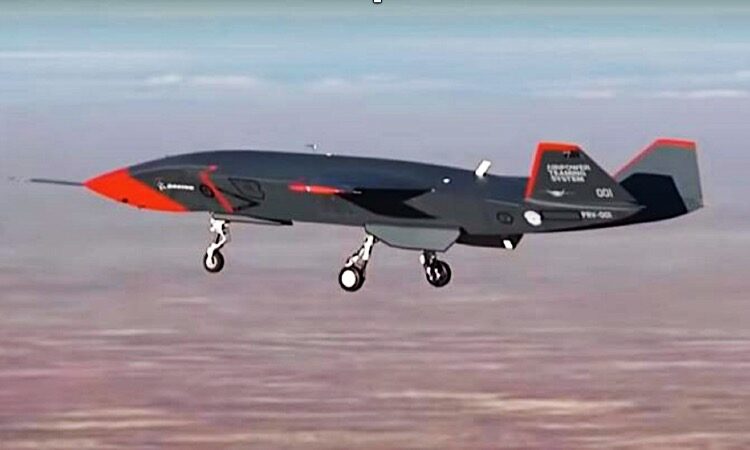 DW, Reuters and others report that the first test flight of a pilotless fighter-like jet, by a Boeing and Royal Australian Air Force team, has taken place at Woomera in South Australia. Australia and the aerospace giant yesterday announced the successful flight, which took place on Saturday.

The aircraft took off under its own power and flew on a predetermined route over the Australian desert, before flying at various different speeds and altitudes to test its systems and demonstrating the performance of design.

It is the first military plane to be designed and manufactured in Australia in more than 50 years. “A year ago it was a concept — and now it is reality,” the Royal Australian Air Force wrote on Twitter.

“It is a milestone for Australia, for the Boeing Company, and for the Royal Australian Air Force,” said President of Boeing Australia Dr. Brendan Nelson, in a video released by Boeing.

How does Australia plan to use the new aircraft?

According to DW, the fact that the jet is functional and effective  without a pilot is key to new approaches in military strategy — with this particular uncrewed aircraft reportedly designed to provide air support to a human pilot in another plane.

However, the Australian government media release said that with its range of more than 3,700 kilometres, the Loyal Wingman would help to project power forward while keeping crewed capabilities out of harm’s way. This suggests the possibility of the aircraft operating independently of crewed aircraft.

The Defence Minister’s media release states that that the Boeing Loyal Wingman program is “helping Defence understand the interplay of piloted and remotely piloted air team systems and how they can contribute to Australia’s defence and national security objectives”.

Reuters quotes RAAF’s Head of Air Force Capability, Air-Vice Marshal Cath Roberts, as saying,“Our aim with Boeing is to understand how we can get these aircraft to team with our existing aircraft to be a force multiplier in the future”.

What is the future of the program?

Boeing has said up to 16 Loyal Wingman jets could be teamed with a crewed aircraft for missions.

Boeing’s website describes the Loyal Wingman as “the foundation for future unmanned teaming aircraft that will be developed for global air forces through the Boeing Airpower Teaming System program”.

The next customer looks to be the US Air Force, which is reported to have awarded a multi-million dollar contract to Boeing in December 2020 to produce unmanned aerial prototypes.

“Obviously the U.S. market is a big market,” Reuters reports Boeing executive Shane Arnott telling reporters on 2 March 2021. “That is a focus for us, achieving some sort of contract or programme of record in the United States”. Boeing Co will use a pilotless, fighter-like jet developed in Australia as the basis for its U.S. Air Force Skyborg prototype, the Boeing executive said on Tuesday.

The success and relatively low costs of autonomous technology has attracted the attention of other militaries. Britain has signed a £30-million contract with the Belfast unit of Spirit AeroSystems for a similar type of pilotless aircraft.