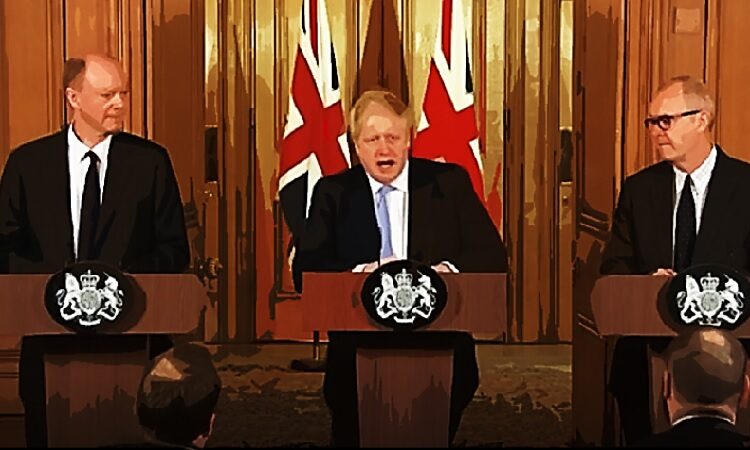 Global warming, ecological collapse, biodiversity loss, and social injustice are complex, technical challenges. Understanding them and their relationship to each other requires high levels of expertise, and solutions will demand political leadership. Confidence that democracies can meet these challenges isn’t high.

It is not unfair to say that responses to the virus crisis in democracies have been characterised by hesitancy, tardiness, and inconsistency – and in some cases by paralysis, and in others by ignorant obstinacy.

A system of government should be judged on what it delivers. While admittedly a generalisation, it is not unfair to say that responses to the virus crisis in democracies, by politicians and citizens, have been characterised by hesitancy, tardiness, and inconsistency – and in some cases paralysis, and in others by ignorant obstinacy. While the promethean nature of the virus has continuously surprised, democratic governments have not dealt well with this unpredictability.

There had been concerns over the parlous state of democratic government prior to the COVID-19 outbreak… and the experiences of the first half of 2020 are unlikely to have generated greater enthusiasm or optimism for democracy.

There had been concerns over the parlous state of democratic government prior to the COVID-19 outbreak. The Global Satisfaction with Democracy report indicates ‘democracy is in a state of malaise’, with 57.5% of people expressing dissatisfaction with democracy, with “an especially acute crisis of democratic faith in the ‘Anglo-Saxon’ democracies – the United States, Australia, Canada, New Zealand, and the United Kingdom”. The Global State of Democracy 2019 report found that “pessimism and hand wringing about the health of democracy have become the norm”. Freedom House gloomily titled its similarly concerning report Democracy in Retreat. A survey of Baltic and Balkan states found that only in half of the states would the majority “choose liberal democracy over an autocratic leader”.

A Pew Research Centre survey conducted across 34 countries from May to October in 2019 found that many citizens are “unhappy with how democracy is working”. Disturbingly, an astounding “median of 64% across the countries polled believe elected officials do not care what people like them think”. Notably, the European and North American democracies, along with Japan, South Korea, and Australia, fared particularly badly on this issue. The experiences of the first half of 2020 are unlikely to have generated greater enthusiasm or optimism for democracy.

To solve the concurrent crises of global warming, ecological collapse, biodiversity loss, and social injustice, it will be necessary for governments to impose even greater restrictions and hardships on their populations than those applied during the pandemic – and to engineer even greater changes in social and economic behaviour. The two key parts of the transformation required in these areas will be the ability of governments to convince their electorates that the experts upon whom they are relying have, or have access to, the necessary expertise – and to persuade their constituents that as governments they can be trusted to manage these daunting tasks.

It is illustrative to reflect on the management of the coronavirus pandemic by leaders thrown up by democracies in recent times, such as Donald Trump, Rodrigo Duterte, Jair Bolsonaro, and Narendra Modi. Garnering the required trust in governmental competence appears likely to prove a sisyphean task in itself. But even more of an obstacle will be gaining public acceptance of the challenges, and gaining public confidence in the proposed actions for addressing them. This is the problem of experts, especially experts in a democracy.

It seems that experts working in, or advising, government are more likely to have their expertise and objectivity regularly challenged. In liberal democracies this can retard progress on important issues. Democracies have always needed experts because the political skills required to get elected rarely develop among academics, researchers, or theorists. In any event, the policy issues thrown up in contemporary economies and societies require high levels of specialist expertise to comprehend, and experts to design solutions. But, as many writers on the subject of experts observe, there is both an increasing distance between the epistemological domains occupied by experts and the general public, and a persistent, almost resentful, sense that the government is being run by unelected experts.

In Against Democracy (2016), Jason Brennan argues “that universal suffrage incentivises most voters to make political decisions in an ignorant and irrational way, and then imposes these ignorant and irrational decisions on innocent people”. In Critical Elitism (2017), Alfred Moore wrote, “The idea that expert authority is in some sense conditional on the judgement of non-experts immediately draws the objection that non-experts are, by definition, ignorant of the matter at hand, and thus in no place to judge”. In The Death of Expertise (2017), Tom Nichols observed, this “growth of wilful ignorance is part of a vicious circle of disengagement between citizens and public policy. People know little and care less about how they are governed, or how their economic, scientific, or political structures actually function. Yet, as all of these processes thus become more incomprehensible, citizens feel more alienated”.

Although these are harsh judgements, the pandemic generated some confirmatory evidence of their validity. Scepticism about and resistance to social distancing and mask-wearing was seen among a significant portion of the population, despite advice from health experts. This is not a new phenomenon, and previously denial of expert opinion was found in the debates over anthropogenic global warming, vaccinations, HIV-AIDs, and natural selection.

It is easy to be pessimistic about the prospect of major democratic economies overcoming the combination of disillusionment with government and distrust of experts. The dramatic trends taking place in the rates of global warming, destruction of the environment and extinction of biodiversity, and global social injustice are well-documented, and are deeply concerning. The consequences for humans are potentially dire. The major transformations these crises demand are urgent. Yet they remain largely unaddressed.

For liberal democracies the greatest challenge will be domestic, not geopolitical.

Many politicians and commentators position the competition between China and the US (or the “West”) as a contest between political systems, pointing in particular to the need to defend democratic values and liberties. However, for liberal democracies the greatest challenge will be domestic, not geopolitical. Political leaders need to build confidence among their electorates that the threats described by experts are real and grave, and galvanise widespread public support behind the difficult choices that need to be made.