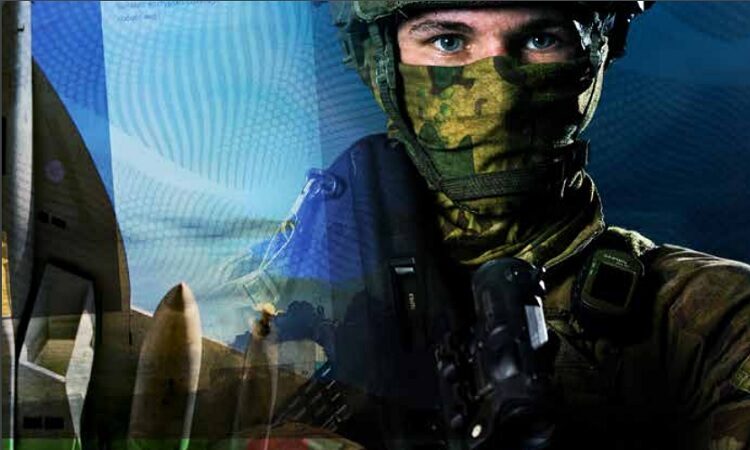 There is a mismatch between the urgent need to respond to the supposed recent deterioration in Australia’s strategic circumstances and the 2020 Force Structure Plan.

There is a mismatch between the urgent need to respond to the supposed recent deterioration in Australia’s strategic circumstances and the 2020 Force Structure Plan (FSP). Rather than Australia facing imminent threats, the companion piece to the 2020 Defence Strategic Update (DSU) actually points to an expectation that China will reach military parity with the US beyond 2040.

The Defence Minister has argued “Today, Australia faces challenges and threats – that are more fluid and nuanced and are rapidly evolving. At the same time, they are becoming more intense and more hostile”. The Minister said the investments outlined in the FSP are designed to meet these threats, and “deliver more potent capabilities to deter, and, if needed, to respond”. Yet the timeframes indicate the FSP is focused on a more distant point in time.

The procurement of major capital assets takes time. From initial development through government approval, design, contracting, construction, and commissioning can take decades. During this period, innovations in technology, advances in weapon systems, and the development of countermeasures will force adjustments to capital projects and require alterations in the design and fit-out. Because a defence asset needs to be able to perform the functions for which it was acquired when it comes into service, there is always a need to constantly adjust the requirements to be able to operate in a battlefield environment that is incompletely known at the start.

Major defence acquisitions are complex technical, integration and managerial challenges and, even with the best planning and risk management regimes, things will go wrong; schedules will slip, performance levels will be unachievable, and costs will blow out. Defence has made significant progress in trying to get a handle on schedule slippage and cost blowouts in capability procurement. The Australian National Audit Office (ANAO) performance audit of Defence’s implementation of First Principles Review was positive in these areas.

However, the ANAO’s 2018-2019 Major Projects Report found that 21 of the 26 major projects audited have experienced schedule slippage. The total schedule slippage amounted to “691 months when compared to the initial schedule”, or “a 27 per cent increase since Second Pass Approval”. The average slippage per project was 32.9 months (2.7 years). The ambitious programme in the FSP is bound to see a repeat of these historical rates of slippage.

In defence procurement initial expenditure is minimal and the annual outlay of a project only ramps up as production gets underway and introduction into service into occurs. That will be decades for major projects. The generic curve of the overall cost of a capability resembles an upside down bath tub: a slow rise from project initiation, then a sharper rise as production, delivery and entry into service takes place, and then along flat line representing the operating, sustainment and maintenance costs, the largest cost components of any capability, and a mid-life upgrade, then a steep decline when decommissioning costs occur. Without awareness of the life-cycle, the arrows in the diagrams in the 2020 Force Structure Plan could be misleading about when the investment will actually deliver in-service capability.

The longer a planned acquisition project is expected to take, the greater the likelihood events with adverse impacts on cost and schedule will occur. Such events range from currency fluctuations, company bankruptcies, production problems, resource scarcity, labour force shortages, technology breakthroughs, and geopolitical developments, including conflict.

Bringing capabilities into the ADF inventory within the next 20 years doesn’t seem to be the priority for government, despite the apparent deterioration in the strategic environment… The Force Structure Plan won’t deliver most of the major warfighting capabilities into service for more than twenty years.

It is highly improbable that many, or most, of the investments in the FSP will be delivered on time and within cost. Ministers and defence planners know this. But bringing capabilities into the ADF inventory within the next 20 years doesn’t seem to be the priority for government, despite the apparent deterioration in the strategic environment.

The key to the government’s thinking is undoubtedly to be found in the “classified scenarios” on which the FSP is based. The FSP is the response to “a broad range of classified scenarios over a 20-year period and managing a number of concurrent tasks”. The assumptions and conclusions from these scenarios are not elaborated upon. The ideal force structure plan would aim to have the right capabilities to hand to when they are expected to be deployed. Presumably, determining that was the purpose of the scenarios. It follows from the fact that the government decides the order and timeframe in which capabilities are acquired, and the level of funding deemed appropriate, that the FSP effectively reveals the government’s real assessment of when it anticipates a threat will emerge. Based on the FSP, the threat doesn’t appear imminent.

The DSU states that Australia must urgently sharpen its capabilities, and obtain the ability to “shape” Australia’s strategic environment, to “deter” actions against Australia’s interests, and to “respond” with credible military force. However, the FSP won’t deliver most of the major warfighting capabilities into service for more than twenty years.

Notions that Australia might deter, or fight, China alone in the next 20 years, are fanciful… It is more logical to conclude that the massive investment is only intended to prepare the ADF to enter a possible war beyond 2040 as a plug-in to US forces.

One explanation for the FSP’s timeline is that war gaming has shown that China is expected to reach or surpass military parity with the US in around 20 years time – and that the US and Australian governments believe that beyond that point a major war in East Asia becomes much more likely. Notions that Australia might deter, or fight, China alone in the next 20 years, are fanciful. China, based on SIPRI 2019 estimates, will continue to outspend Australia on military equipment by a ratio of at least 10 to one.  It is more logical to conclude that the massive investment set out in the FSP is only intended to prepare the ADF to enter a possible war beyond 2040 as a plug-in to US forces.

If this analysis is correct, then the government is being dishonest with the Australian public. The FSP is a major commitment and the opportunity costs for the health and education systems, and for productive domestic infrastructure investment, are substantial. It is incumbent on the government to reveal the real rationale behind the FSP, and more importantly, any agreements with or commitments given to the US.