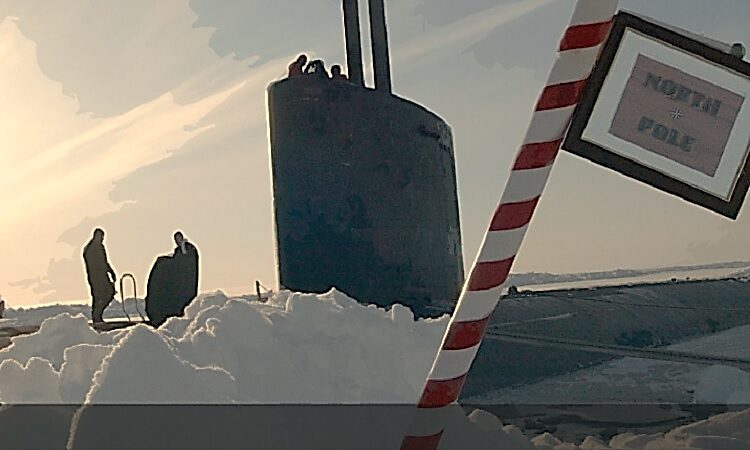 For most of the three decades since the end of the Cold War, the Arctic has been a zone of low tension, a glacial oasis of multilateral cooperation and a geopolitical backwater.

That relative harmony is now under growing strain chiefly because of the resurgence of great power competition worldwide against a backdrop of accelerating global warming which is melting the polar ice cap at a record pace. This threatens disaster for the environment and the indigenous peoples of the Arctic, but also whets appetites for new shipping routes and access to undeveloped oil, gas and mineral resources.

Friends of Europe have released a study on Arctic defence cooperation, considering the implications of the changing strategic and physical environment in the Arctic for European and Euro-Atlantic security. It seeks to disentangle fact from hype, examine the functioning of regional institutions, consider possible triggers for conflict and explore whether more can be done to defuse tensions and build confidence in the region.

With a total of six chapters, the report examines the strategic and political context surrounding Arctic security and defence, focusing on the changing Arctic environment (1) the Arctic economy, including energy and shipping, (2) minerals, connectivity, and tourism (3) as well as diplomatic (4) and military dynamics. Finally, the report concludes with recommendations on how Arctic stakeholders can make better use of existing institutions, cooperate more pro-actively in fighting climate change, and seek solutions to its security concerns through negotiation and confidence-building as well as through a measured increase in its military vigilance in the High North.

Access the report at this link or download the full report (pdf, 2.46 MB or the Executive Summary (pdf, 77 KB, 10 pages) (external links to Friends of Europe website).

Greater global interest is a distinctly mixed blessing. US Secretary of State Mike Pompeo turned up the heat in a forceful speech in Finland in May 2019, declaring: “We’re entering a new age of strategic engagement in the Arctic, complete with new threats to the Arctic and its real estate, and to all of our interests in that region.”

Pompeo used the normally consensual Arctic Council diplomatic forum to denounce China’s claim to be a “near-Arctic state”, saying that entitled it to “exactly nothing”. Beijing’s pattern of investing in critical infrastructure and beefing up its scientific research presence “raise doubts about its intentions”, he said. He also attacked what he called “a pattern of aggressive Russian behaviour” in the Arctic, including Moscow’s moves to control access to the waters of the Northern Sea Route. He even took a swipe at Canada, a NATO ally, over sovereignty in the North-western Passage.

To some, Pompeo was merely tearing away a veil of political correctness to spotlight the changing reality in the High North. To others, the US secretary, who blocked a joint statement of priorities by Arctic Council states to prevent any mention of climate change, was wilfully exaggerating security and economic threats to fit a global narrative of US-China confrontation.