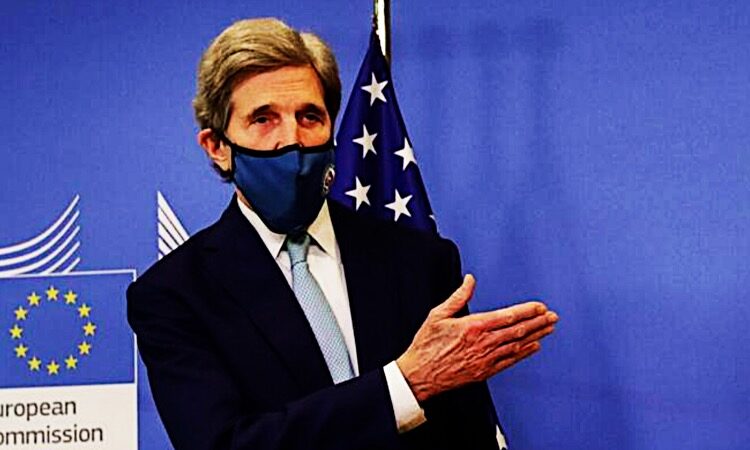 The global effort to avoid dangerous global warming this century is woefully inadequate. On the current trajectory many places in the world will inexorably become less habitable, provide less amenity for humans, and fail to offer sustainable life. What the world is doing now is, by default, planning on a catastrophe.

The list of existential threats to the security, welfare, and prosperity of this and future generations is growing. Their causes and consequences are clear. Inexplicably and dangerously, despite the rhetoric, these threats are not front-and-centre for democratic political leadership, in Australia or abroad.

The United Nations’ Nationally Determined Contributions under the Paris Agreement report published on 26 February 2021 determined that on current projections, greenhouse gas (GHG) emissions will be 2.2 per cent higher by 2030 than the 2010 level. The scientific consensus is that, to avoid 1.5°C warming, by 2030 “global net anthropogenic CO2 emissions need to decline by about 45 per cent from the 2010 level, reaching net zero around 2050”. To stay under 2.0°C warming, “CO2 emissions need to decrease from the 2010 level by about 25 per cent by 2030, and reach net zero around 2070”.

While in the 19 February 2021 joint statement, the G7 leaders announced that they will put “global ambitions on climate change and the reversal of biodiversity loss at the centre of our plans”, their comprehension of the scale of the problem is questionable. The US has elevated the climate crisis and made it central to its foreign policy, but the practical outcomes are yet to be seen.

The European Union will probably adopt a “carbon border adjustment mechanism” (CBAM), placing “a carbon price on imports of certain goods from outside the EU”, which would apply when non-EU countries don’t in some way price GHGs.  This would be a sensible step by the EU as part of a broader suite of strategies, but is also one that anticipates a considerable lack of future multilateral coordination on emissions reduction.

On 18 February 2021 the UN published yet another attempt to jolt the world’s political classes into urgent action. In his introduction to Making Peace with Nature: A scientific blueprint to tackle the climate, biodiversity and pollution emergencies, the Secretary-General observes that the report contains “the latest scientific evidence showing the impacts and threats of the climate emergency, the biodiversity crisis and the pollution that kills millions of people every year”. Clear enough. The Executive Director of United Nations Environment Programme writes that the report “details the self-defeating and dangerous consequences of our overconsumption of resources and overproduction of waste”.

Making Peace with Nature is an alarming and disturbing document. But it joins The State of Food Security and Nutrition in the World 2020, Emissions Gap Report 2020, Adaptation Gap Report 2020, Special Report on the Ocean and Cryosphere in a Changing Climate, and Climate Change and Land, among others, in failing to push governments into taking the essential economic, social, legislative, and political transformations required. In 2022 the IPCC will produce its Sixth Assessment Report, thirty-two years after its first assessment, which will like all the others cause an ephemeral flutter in the media and then be bypassed.

What prevents governments from responding?

The imponderable remains, ” Why?” What is it that prevents some governments from responding adequately to these challenges? It’s not as though political leaders, and the legions of advisers and public servants who support them are unaware of the scientific data on global warming, environmental degradation, and gross inequality. Apart from the publications noted above, the research institutions, NGOs, academics, and public intellectuals engaged with the issues write endless books, fill peer reviewed and other journals, make documentaries, maintain websites, and populate talk shows. But without penetrating the policy bubble.

The knowledge about these challenges is not secret or arcane. Nor is it folklore or conspiracy theory. It is based in science, a lot of reputable and tested science, and on established facts. The impacts of climate change, environmental degradation, and biodiversity loss are visible all around. Our knowledge and/or experience of hotter and drier summers, more frequent flood events, disappearing forests, loss of species, and oceans and landscapes full of rubbish is real, direct, and immediate. Politicians must be aware as well. They already are dealing with the human, physical and financial costs of global warming. Why isn’t Making Peace with Nature now at the centre of political discourse?

Australia is now perhaps the greatest conundrum on this score. It appears some misconstrued view of political expediency holds sway over Australian politicians. Concern with climate change is dismissed by some as some sort of lefty, inner urban political correctness. Some, incredulously, still doubt the science. Others resist climate and environment action on the basis or acting in the interests of their constituency. For some it’s simply electorally unpalatable.

Australia is one of the most developed of nations. It has a very well regarded education system with a relatively high number of tertiary graduates. It has a robust parliamentary system where opposition parties are free to criticise government policies and point out failures. So how is it that 2021 Climate Change Performance Index finds Australia rated 54th overall out of sixty one nations, and 60th on climate policy and 51st on energy efficiency?

To ignore the scientific consensus is irrational. To ignore the global consensus is bad policy. To fail to take strong action on climate change means Australia inevitably will face carbon efficiency taxes at the borders of major trading partners to make sure their carbon free industries have a level playing. Recalcitrance on setting a target for emissions reductions will make Australia an international pariah. However, on current indications Australia is very unlikely to push to the front of the climate action brigade.

Democratic leaders seem enfeebled in the face of the climate crisis

The incorrigible pessimist looking ahead might be concerned as well about the social and political ramifications of the failure of political leadership in democratic states to halt the decline in the environment or to preserve a tolerable level of welfare, habitability, or security for the citizenry. It is when elected officials appear impotent and ineffective that authoritarian alternatives become more appealing. Rarely have democratic leaders and the democratic system seemed as enfeebled or inept as now in the face of the climate crisis.

Image: US Climate Envoy John Kerry in Brussels, 9 March 2021. “The science is screaming at us”, he told the media.

Climate war’s Catch 22: We need targets before we can deploy technology | By Roger Beale | Published 11 March 2021 | Pearls and Irritations