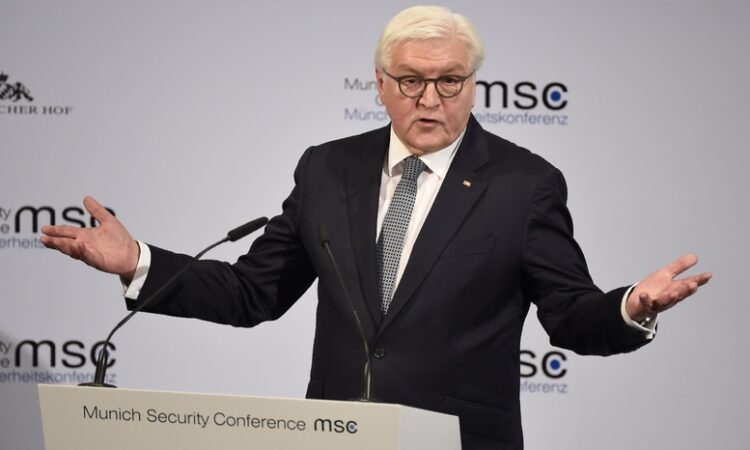 If ‘the United States’ was substituted for every reference to ‘China’ in each address not much of their coherence would be lost. Can the two premier US leaders of foreign and strategic policy genuinely be so naïve about the current impact of America’s policies on the world order, multilateralism, alliances, and international security?

The key theme in both presentations was that the US knows best. The tone of each was patronising and didactic, and the protestations too forced. Each was an attempt to create a reality in which the US had a monopoly on a clear-eyed grasp of the world and where the rest just simply didn’t as yet understand the correctness of the American view.

Pompeo attempted to do two things; to invoke the Cold War mentality and equate it to the current competition between the US and its declared adversaries China and Russia. He attempted to paint the Trump Administration as the champion of international cooperation and as the leader of the ‘West’ in this struggle.

His anachronistic message was ‘The West is winning!’ Pompeo, however, implied that other ‘Western leaders’ lack the agency or intellectual capacity to comprehend this; or to see the world around them and to connect it to their own national interests. He commenced by sharing some direct quotes from European leaders demonstrating they no longer acknowledged US leadership and which damned America’s lack of commitment to multilateralism and the international community. He was surprised by this, declaring that the statements by unnamed national leaders ‘simply do not affect in any significant way or reflect reality’. Clearly, only the American perception is valid.

Pompeo’s attempt to construct a shared collective called ‘the West’ and to talk away the disruption and disunity the Trump Administration has injected into the transatlantic relationship is heroic. In his mind the West is ‘any nation that adopts a model of respect for individual freedom, free enterprise, national sovereignty’. In particular, Pompeo wanted to stress ‘how sovereignty underpins our greatness collectively’. This is America First logic. As German President Frank-Walter Steinmeier said when opening the Conference, ‘Thinking and acting this way hurts us all’.

Coming from the state that invented regime-change, Pompeo attacked Iran and China for lack of ‘respect for other countries’ political structures’. Stretching credulity, Pompeo talks of the success of US policy on North Korea, claims ISIS is defeated, and that the US ‘is leading on the environment’. Disparaging the views of others, particularly Europeans, as to the reality of the world, Pompeo warns them not to be ‘fooled’ by those who contradict the US version.

Esper, as to be expected given his portfolio, focuses primarily on the geostrategic perspective of the US, and in particular its summation in the National Defense Strategy. Esper refers to the NDS as though it has scriptural authority. It is the unchallenged account of reality. For him the incontestable truth is that because ‘The NDS states that we are now in an era of Great Power Competition, with our principal challengers being China, then Russia’ that is the actuality.

With a similar lack of self-awareness to that of Pompeo, Esper observes, ‘And in general, we simply ask of Beijing what we ask of every nation: to play by the rules, abide by international norms, and respect the rights and sovereignty of others’. While arguing ‘the PRC seeks to undermine and subvert this system’ Esper ignores Trump’s disruptive policies, including the flagrant undermining of international laws and norms, overturning previous international commitments and the Geneva Convention, as evidenced by its encouragement of Israeli annexation of Jerusalem, the Golan Heights, and the West Bank.

Paradoxically, Esper pressured the Europeans over Huawei and 5G and to make ‘greater investments in our common defense’, at the same time criticising China for ‘exerting financial and political pressure, publicly and privately’, on many European nations. In all seriousness, Esper accuses China of activities that ‘could bolster other authoritarian regimes’ without mentioning US support for Saudi Arabia, Egypt, and the UAE, and Trump’s accommodating relationship with Putin.

The most curious aspect of the remarks by Pompeo and Esper is not their emphatic condemnation of China and Russia, or their simplistic recollection of Cold War history, or the insulting assumption that the Europeans can be easily fooled or confounded. It is their mutual blindness to the accuracy with which the Europeans perceive the nature and objectives of US foreign and security policy under the Trump Administration.

If you have to tell the assembled world leaders that you are their leader, then you are not. Berating them for their differing views is not demonstrating leadership of the collective, it’s demonstrating the gulf between you and them. And arguing that their perception is because of deficient comprehension is not the way to restore leadership. Maintaining that ‘that America’s concerns about Beijing’s commercial and military expansion should be their concerns as well’ while America is expanding its own military power and employing its own economic strength to bully allies and others alike is to ask the Europeans to adopt blinkers.

Survey after survey shows the antipathy in Europe towards America’s current activities and the extent to which acceptance of American global leadership of the world has declined. Europe’s leaders clearly see the divergence as do the European populations. Climate change is overwhelmingly the major threat for Europeans and across the board US power and influence under Trump is regarded as a greater threat than that of China or Russia. Global disapproval of Trump’s foreign policies is high and widespread.

The supercilious lecturing by Pompeo and Esper won’t change the reality or persuade the Europeans to adopt the cult-like beliefs they propagate. Esper said ‘we want China to behave like a normal country’. The US is not currently the yardstick.

Mike Scrafton is the copyright holder of this work. This work is licensed under a Creative Commons CC-BY-NC-ND license. This license allows reusers to copy and distribute the material in any medium or format in unadapted form only, for non-commercial purposes only, and only so long as attribution is given to the creator. Please read the Cross-post and re-use policy for more information.