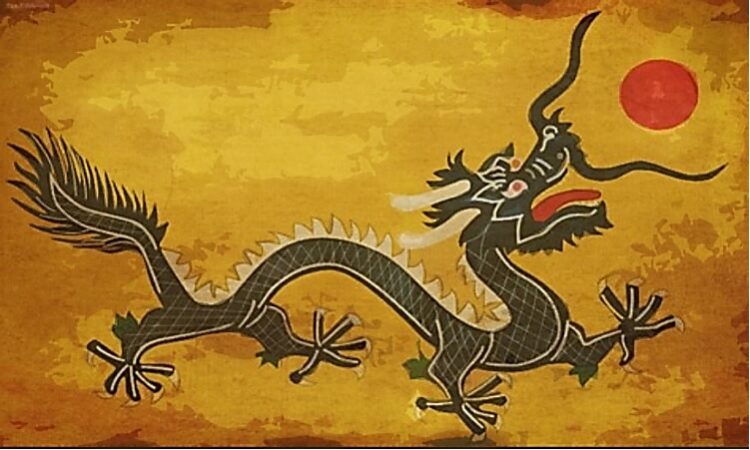 This is part two of a two-part series originally published by the Australian Institute of International Affairs looking at whether China acts as a revisionist or revolutionary power. Part one was published on 28 August 2020 and can be found here. Part two was published on 4 September 2020 here.

China has traversed a number of different revisionist pathways since the Cold War. Xi Jinping’s Leninist calculus has contributed to China exhibiting both reformist and positionalist forms of revisionism simultaneously, both of which contain pathways toward revolutionary revisionism.

While the acquisition of the material power has long been seen as the means by which China could preserve “socialism with Chinese characteristics” in a system dominated by the United States, it is Xi Jinping’s simultaneous emphasis on the moral narrative of “rejuvenation” which most fundamentally challenges the current international order by asserting the “moral superiority of Chinese civilisation” and “the China Model as a globally important idea.” Xi has stated often however that attainment of the Chinese Communist Party’s (CCP) core external objective – i.e. establishing China as a powerful and influential if not “ordering” global power – is reliant on maintenance of the CCP’s monopoly on political power. As he asserted in his opening speech to the National People’s Congress (NPC) in March 2018, the “leadership of the CCP is the defining feature of socialism with Chinese characteristics,” and is the “fundamental guarantee of the great rejuvenation of the Chinese nation.”

The fundamental link drawn between the objective of maintenance of the CCP in political power and the PRC’s attainment of wealth and power in the Party’s ideological narrative is central to understanding the predominant dispositions of China’s current revisionism. The ultimate objective here, as Xi stated in his January 2013 speech to the Central Party School, is to increase China’s “comprehensive national power, improve the lives of our people, build a socialism that is superior to capitalism, and lay the foundation for a future where we will win the initiative and have the dominant position.”

Thus, it is not surprising that Chinese behaviour under Xi has exhibited both reformist and positionalist revisionism. With respect to the former, Beijing has undertaken a number of initiatives to develop parallel institutions to those of the established order such as the Asian Infrastructure and Investment Bank (AIIB). While portrayed by China as a complement to existing multilateral financing institutions such as the Asian Development Bank, Matthew Stephen and David Skidmore find that it “promotes China’s integration into global social networks,” “strengthens state-led development pathways,” and is “associated with China’s norm of ‘non-interference’,” thus presenting an embryonic alternative to current institutional frameworks of the liberal economic order. China’s positionalist revisionism under Xi, meanwhile, has been evident through its rapid military build-up, including expansion of Chinese missile and nuclear forces, naval capabilities, and efforts to militarise its claims in the South China Sea.

The combination of reformist and positionalist forms of revisionism has significant implications for thinking about the future trajectory of Sino-US competition as “the dynamics that move states towards the ‘revolutionary’ limit often involve an iterative and mutually reinforcing interaction” between reformist and positionalist pathways. China, as demonstrated above, is simultaneously seeking security from what it perceives to be an American-dominated and ideologically-threatening order (i.e. a positionalist-to-revolutionary pathway), and status recognition through incorporation of its order preferences (i.e. a reformist-to-revolutionary pathway).

On each of these counts, current American rhetoric and policy (e.g. economic and financial “decoupling”) arguably reinforces Beijing’s perception that its quest for both security and status will remain unfulfilled so long as American hegemony and preferences shape international order. Recognition of this does not excuse Beijing’s revisionism as simply a reaction to American posture. Rather, it is to caution that an ideologised response to Beijing’s revisionism makes for poor strategy.

Analogising Sino-US relations to the Cold War struggle between the “free world” and the “communists,” as US Secretary of State Mike Pompeo has done, is particularly misleading and self-defeating for a number of reasons. First, the structural conditions that made the Cold War possible (i.e. US-Soviet bipolarity) are absent. Under both Obama and Trump, the US has, in Lawrence Freedman’s phrase, become a “doubting great power” that questions the costs and benefits of continued American hegemony. Trump, in particular, as Freedman argues, has most obviously questioned the costs and benefits of the “liberal order,” which he sees as “disadvantaging the United States, requiring a transfer of resources and favours to partners and allies that take without giving.” Trump’s “America first” rhetoric here becomes paradoxically “about asserting strength and seeing off rivals” simultaneous with “disregarding the interests and concerns of allies.” This, to understate the matter, is hardly a sound basis upon which to build a global alignment against China.

Second, economically, the US is not now the undisputed colossus bestriding the globe as it was after 1945, nor is China analogous to the autarkic and isolated Soviet economy. Finally, during the Cold War the US was able to leverage its structural, economic, and ideational power to build and maintain a web of alliances throughout Europe and Asia to buttress the containment of the Soviet Union.

The Trump administration arguably does not have the full suite of such powers at its disposal. Ideationally, as Thomas Wright has noted:

Pompeo, like his targets in Beijing, is engaged in doublespeak whereby he offers win-win outcomes, but his words are at odds with his actions. He says the U.S. will organise the free world, while alienating and undermining the free world; he extols democracy, while aiding and abetting its destruction at home; and he praises the Chinese people, while generalising about the ill intent of Chinese students who want to come to America.

The Trump administration’s management of American alliances, meanwhile, has been consistently hamstrung by its “America first” rhetoric and its unwillingness to accept that its allies’ interests do not automatically align with those of the US. Witness, for instance, Pompeo’s swipe at a “NATO ally” for its “timidity” in not standing up to China “because they fear Beijing will restrict access to China’s market.”

The risks of an Ideologised Sino-US strategic competition

This disjuncture is particularly true in Asia, where misalignment between US and allied views on China “reflect differences in the degree to which countries see their economic and political futures as reliant upon productive ties with Beijing.” Despite often sharing American concerns Chinese revisionism, many allies do not want to engage in the full-spectrum confrontation implied by the US secretary of state.

To take Australia as but one example, it is clear that “for all of Australia’s loud roaring on China, it is still having it both ways” by seeking to maintain its “unbreakable” security relationship with the US while “shoring up its economic prosperity via its largest trading partner, China” while also avoiding subscription to the Trump administration’s more bellicose rhetoric. This has made Australia, despite its regular genuflections to the altar of the Australia-US alliance, a target nonetheless for Trump administration barbs such as Pompeo’s threat in May this year – subsequently walked back – that the administration could simply “disconnect” from Australia over Victoria’s Belt and Road Initiative Memorandum of Understanding.

An ideologised approach to strategic competition with China – encapsulated by Pompeo’s assertion that the US will lead “the free nations of the world” to “induce change in the CCP’s behaviour” – will likely push allies toward starker either/or choices regarding their respective relationships with the US and China. Ideological appeals, as Hans Morgenthau noted, when “superimposed upon an actual community of interests, can lend strength to an alliance by marshalling moral convictions and emotional preferences to its support” but they may also weaken it “by obscuring the nature and limits of the common interests which the alliance was supposed to make precise and by raising expectations, bound to be disappointed, for the extent of concerted policies and actions.”

The objective for Washington in Asia, as Michael Wesley has argued, should be to “to convince China’s neighbours that it is possible to retain their strategic independence even as they remain tied economically to the region’s largest economy.” Demands that they must choose between the United States and China however simply on the basis of “values” or ideology appears to work against this. Thus, the risk for the US is that its current approach may not break in the way that it expects and desires.

Dr Michael Clarke is an associate professor at the National Security College in the Crawford School of Public Policy at the Australian National University and director of the ANU-Indiana University Pan-Asia Institute. He is the author of Xinjiang and China’s Rise in Central Asia—A History (Routledge 2011); editor of Terrorism and Counter-terrorism in China: Domestic and Foreign Policy Dimensions (Oxford University Press 2018); and editor (with Matthew Sussex and Nick Bisley) of The Belt and Road Initiative and the Future of Regional Order in the Indo-Pacific (Lexington Books 2020).

This article is published under a Creative Commons Licence and may be republished with attribution.