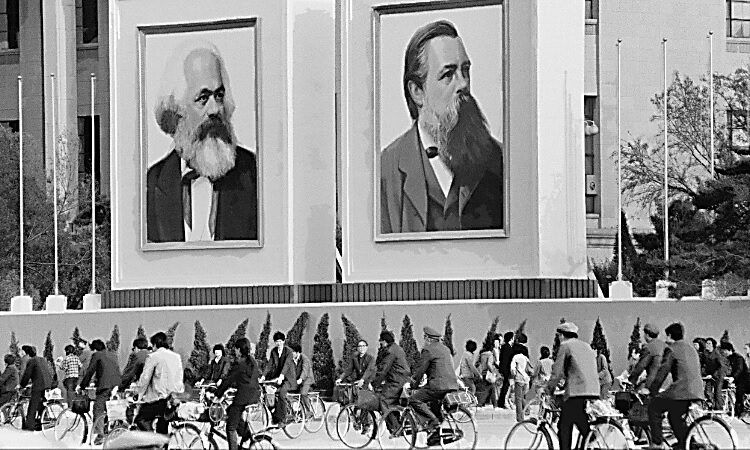 This is part one of a two-part series originally published by the Australian Institute of International Affairs looking at whether China acts as a revisionist or revolutionary power.  Part one was published here on 28 August 2020. Part two was published on 4 September 2020 here.

The decades-old debate as to whether or not China is a “revisionist” or “status quo” power in international politics has now become the debate du jour for both policymakers and the general public. The reasons for this are unsurprising.

Ongoing controversies over the origins of the novel coronavirus pandemic, the Chinese Communist Party’s (CCP) influence operations around the globe, territorial disputes in the South China Sea and along the Sino-Indian border, and China’s detention of over 1 million Turkic Muslim minorities in Xinjiang in “re-education” camps have convinced many to doubt Beijing’s intentions as its power grows. For the current American administration, there is no room for doubt. China, as US Secretary of State Mike Pompeo proclaimed during his 23 July speech at the Richard Nixon Library, is not like any other state, but is a “Marxist-Leninist regime” whose ruler, Xi Jinping, is “a true believer in a bankrupt totalitarian ideology.” “It’s this ideology,” Pompeo continued, “that informs his decades-long desire for global hegemony of Chinese communism.” Pompeo’s China, in short, is not simply another great power competing for power and influence, but a “revolutionary” one seeking to overturn the existing international order in favour of one in which the world will be “tyrannised” by the CCP.

Revisionism as a strategy in international politics, and China’s revisionism in particular, however is not the “all-or-nothing” proposition portrayed by the US secretary of state. Rather, China has exhibited behaviours that reflect distinct revisionist typologies. A more accurate understanding of the factors that have driven Beijing’s transition between different types of revisionist behaviour suggests that rhetoric such as Pompeo’s will merely reinforce China’s move toward more problematic revisionist behaviours.

Pompeo’s speech deploys a common yet incomplete understanding of “revisionism.” Implicit throughout is the assertion that the United States, in contrast to China, is in fact a “status quo” power. Leaving aside the problematic nature of this claim, we can note that Pompeo deploys a unidimensional account of the revisionist-status quo dichotomy that is based on the assumption that the former is “dissatisfied” and is willing to bear costs to change the international order while the latter is “satisfied” and is prepared to bear costs to defend it. This however tells us little about what the revisionist is dissatisfied with and why.

This is certainly true of China’s behaviour since 1949 whereby it has traversed, in succession, the revolutionary, reformist, and positional revisionist categories. During the height of Maoism in the mid-1960s, for instance, China clearly met the criteria for the “revolutionary revisionist” ideal type as it sought to overturn the existing international order and the distribution of power through material support for wars of “national liberation” throughout the developing world, proselytisation of Maoist ideology, and militant opposition to both superpowers. In the post-Mao era, in contrast, China has shifted between reformist and positionalist forms of revisionism. Under Deng Xiaoping, China – in reformist fashion – accepted (temporarily) the bipolar reality of the late Cold War in order to ensure its security, economic development, and recognition of its status as a major and legitimate actor in international affairs.

Deng’s successors, Jiang Zemin and Hu Jintao, in turn, pursued forms of positionalist revisionism whereby China broadly benefited from the “hierarchy of prestige” and “rights and rules” of the existing order – e.g. accession to the WTO in 2000 – but aimed to leverage this to shift the distribution of power. Symptomatic of this approach was the strategy and discourse of “peaceful rise/development” that emphasised, on the one hand, that China would continue to pursue development through further integration with economic globalisation in order to “catch up with medium-level developed countries,” and on the other, its preferences for cooperation, multilateralism, and regionalism within the practice and discourse of its foreign policy. This was designed “to maintain the conditions conducive to China’s continued growth” while reducing “the likelihood others would unite to oppose China.” Simultaneously, it was also in this era that Beijing sought to channel the country’s growing economic power into military modernisation, framed as necessary to catch up with “revolution in military affairs” and protect its expanding regional security interests.

Xi Jinping and the Leninist calculus

Throughout this process the CCP, while jettisoning the Marxist part of its Marxist-Leninist ideology in the post-Mao era, has retained the “Leninist state—the political half of the Lenin-Stalin model imported circa 1950.” A consequence of this, as Tanner Greer argues, is the CCP’s continued belief that only a disciplined “vanguard party” can deliver modernisation and the “China Dream” of national rejuvenation. While circumstances have dictated “temporary cooperation with the self-interested capitalists,” the CCP believe “that they lead an ideological-political system distinct from and in opposition to those of the capitalist world,” and these “two world’s cannot be permanently reconciled.”

Such a calculus has been the key continuity linking China’s post-Mao rulers. Yet, as John Garver has noted, the uneasy balance between the retention of the Leninist state and it’s harnessing of capitalist economics has presented the CCP with “a profound quandary.” “It cannot disengage from the global economic and technological processes that generate development” but is keenly aware that “global engagement opens China to the contagion of liberal ideas.”

From the very beginning of his tenure as general secretary of the CCP, Xi Jinping has consistently acted to address this quandary in a manner that holds the potential to set China on the pathway toward revolutionary revisionism once more. In a speech to the Central Party School in January 2013, Xi asserted that, “Hostile forces at home and abroad…often write essays on the history of the Chinese revolution or of New China, doing all in their power to smear and vilify that era” in order to “confuse the hearts of the people” and “incite them into overthrowing both the Communist Party of China’s leadership and the socialist system of our country.” The party’s control of the ideological “battlefield” was thus of paramount importance as “the ideological road we choose to follow…will determine victory or defeat of our Party’s work, the very fate of the Party itself.”

Domestically, this renewed focus on the ideological domain has been most overtly manifest in the party’s drive to “harmonise” Chinese society to its vision of a domestic order defined by a population of “responsible” and “high-quality” citizens through both technologically-enabled surveillance such as the social credit system and a revitalisation of traditional “mass line” mobilisation.

For the party to achieve “victory” in its “work” however, it must also attain the China Dream. The China Dream, as William Callahan argues, integrates a geopolitical narrative focused on the acquisition of the material attributes of power (e.g. economic, technological, and military power) and a moral narrative centred on “rejuvenation” of the Chinese nation that will redress the injustices of the “century of humiliation” suffered at the hands of foreign imperialism.

Herein, as Part 2 will argue, lie the roots of China’s pursuit of both reformist and positionalist revisionism.

This is part one of a two-part series originally published by the Australian Institute of International Affairs looking at whether China acts as a revisionist or revolutionary power.  Part one was published here on 28 August 2020. Part two was published on 4 September 2020 here.

This article is published under a Creative Commons Licence and may be republished with attribution.

Dr Michael Clarke is an associate professor at the National Security College in the Crawford School of Public Policy at the Australian National University and director of the ANU-Indiana University Pan-Asia Institute. He is the author of Xinjiang and China’s Rise in Central Asia—A History (Routledge 2011); editor of Terrorism and Counterterrorism in China: Domestic and Foreign Policy Dimensions (Oxford University Press 2018); and editor (with Matthew Sussex and Nick Bisley) of The Belt and Road Initiative and the Future of Regional Order in the Indo-Pacific (Lexington Books 2020).