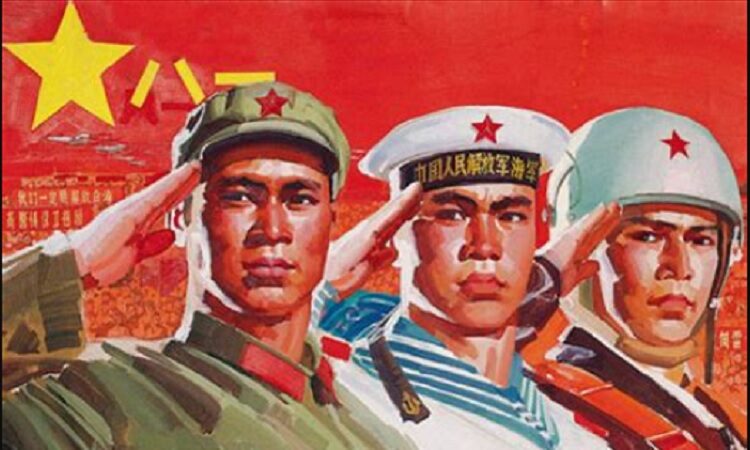 From Australia’s perspective, the Pentagon’s 2020 Military and Security Developments Involving the People’s Republic of China Report (pdf opens, 6.88MB) is valuable for two reasons. It reinforces the absurdity of Australia planning to participate high-intensity conflict against China under any circumstances. Additionally, it reveals the symmetry between US and China strategic policy.

The Report’s assessment of China’s military strength, concepts of operations, developmental priorities and of the trajectory of the People’s Liberation Army (PLA) is entangled with speculation about the geopolitical motivations and ambitions of the Chinese Communist Party (CCP). The intentions of potential adversaries are an important element in defence preparedness, but governments must weigh heavily judgements about the chances for success when contemplating military strategy.

The Chinese military enterprise is enormous by any standards, except those of the US. The military strength of China is empirically already formidable, and it continues to improve through investment, organisational reform, equipment modernisation, and improved doctrine.

The PLA Army (PLAA) land forces account for 915000 of the PLA’s two million regular personnel. The PLAA still fields some obsolete 1960s kit, but is rapidly adding highly advanced weapons systems. However, the PLAA is of little relevance to Australia as only in the wildest of fantasies would it ever make sense for Australia to fight in a land war in Asia.

More significant, with around 350 ships, including more than 130 major surface combatants, is the PLA Navy (PLAN). It is numerically the world’s largest navy, although US maritime power remains more potent. Most of the PLAN’s vessels are modern multi-role platforms with advanced anti-ship, anti-air, and anti-submarine weapons and sensors. The PLAN has six nuclear-powered attack submarines (SSNs), and four operational nuclear-powered ballistic missile submarines (SSBNs), increasing to eight by 2030. These complement its 50 conventional attack submarines (SSs) that are mostly capable of firing advanced anti-ship cruise missiles (ASCMs). China continues to construct next generation nuclear submarines and aircraft carriers.

There are approximately 2000 combat aircraft in the PLA Air Force (PLAAF) inventory; including fighters, strategic bombers, tactical bombers, multi-mission tactical and attack aircraft. In addition, the PLAAF maintains an extensive range of unmanned aerial vehicles (UAVs) able to undertake a wide range of missions, and a formidable air and missile defence capability.

China’s strategic space, cyber, electronic, and psychological warfare capabilities are centralised in the Strategic Support Forces (SSF). Space is a priority for China generally, and the military applications of space-based intelligence, surveillance, and reconnaissance (ISR), satellite communication, satellite navigation, and meteorology are crucial for the PLA. The Report highlights the importance of military-civil fusion in China, in which science and technology, including on space, are coordinated across military and civilian sectors, and civilian infrastructure and logistic capabilities are developed consistent with mobilisation and operational needs.

It is obvious from the Report’s account of China’s current and potential military capabilities, that Australia cannot hope to deter or defeat a determined assault by China, and to contemplate entering into a high-intensity conflict in East Asia as a US ally would a recipe for disaster. This is the simple and unavoidable reality of Australia’s strategic circumstances.

The symmetry of the Chinese and US national strategies also stands out in the Report. The US could be plausibly substituted for China in many places in the text. China is described as having long seen itself as “embroiled in a major international strategic competition with other states”, mirroring America’s history over the past 120 years with Spain, Britain, Germany, Japan, and the Soviet Union. The Report says China views “strategic competition in terms of a rivalry among powerful nation states as well as a clash of opposing political and governance systems in which ideology is a defining characteristic”. Not only an apt description of the US during the Cold War, but of its current China policy.

China is also depicted as pursuing “modernity and greater national power from the basis of defending and advancing its sovereignty, security, and development interests”; policy objectives applicable to every US Administration since, at least, Theodore Roosevelt. It is in fact not a bad summation of the objectives set out in the 2017 US National Security Strategy. “China’s leaders have identified enhancing the combat readiness of the armed forces as an important element in developing China’s military strength” according the Report. This echoes the 2018 US National Defense Strategy (pdf opens, 1.5MB) which states “Should deterrence fail, the Joint Force is prepared to win”.

America’s historical amnesia is again on display in the Report, and the concern expressed by the Pentagon over the prospect of China gaining peer status as a military power by 2049 is consistent with the deduction that Australia’s 2020 Force Structure Plan is coordinated with the US planning for a possible conflict after 2040. That is, the Report is a reminder that the US frames China’s actions through the lense of a failing hegemon seeking to retard and constrain, or prevent, the development of an emergent challenger – and therefore that it casts as self-servingly and invariably malign actions of China that are normal to a great power protecting or pursuing its interests.

China is a military behemoth already, and will only continue to close the gap between itself and the US. The error of Australia pursuing a China policy based on military investment rather than diplomacy is even clearer. Finding common ground, common interest, dispute management structures, and channels of communication with China is becoming more urgent.