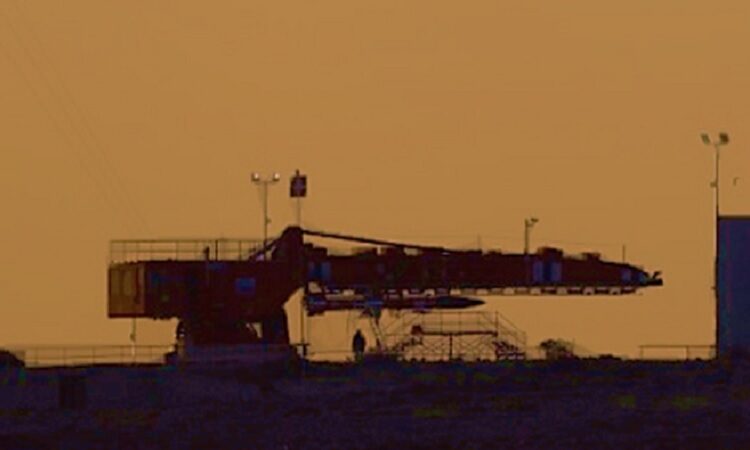 Motivated by the return of great-power competition and the potential asymmetric advantages provided by weapons travelling at such speeds, three nations—the United States, China, and Russia—are now at the forefront of developing operational hypersonic weapons. Meanwhile, several other Indo-Pacific states are seeking to develop such capabilities in the intermediate future.

[A]nalysts and policymakers cannot begin to understand and chart the implications of these weapons, as well as future escalation and conflict pathways, without properly situating them within the underlying geostrategic and regional contexts in which the major players operate.

Therefore, this primer seeks to marry technological characteristics, geostrategic and military imperatives, and regional dynamics in order to provide a basis for further analysis about hypersonic development and application trajectories in the Indo-Pacific.

Current Policy and Future Strategy
[A]s demonstrated in its recent 2020 Defence Strategic Planning Update, Australia is prioritizing longer-range strike weapons and related capabilities “to hold adversary forces and infrastructure at risk further from Australia.” In the air domain, this may include hypersonic weapons. The Australian Defense Science and Technology (DST) group is working to develop hypersonic flight through scramjets, an effort applicable to hypersonic transport of people and cargo, as well as explosive payloads. Some analysts claim that Australia’s main interest in hypersonic flight is for commercial flight, although the Australian Air Force has also contemplated manned and unmanned aircraft for strike and ISR purposes.

Technical Capability
Australia’s DST is working with the US Air Force Research Lab, the University of Queensland, and Boeing on the HIFiRE project, designed “to further the fundamental scientific understanding of hypersonic flight, including related technologies in propulsion, combustion, materials, sensors, guidance and control.” The United States has contributed $54 million to joint efforts in hypersonic systems. HIFiRE has been researching hypersonic technologies for more than a decade, conducting an important trial in 2012 verifying the performance of a scramjet engine at Mach 8 in a descent from a sounding rocket.

DSTG completed a successful test of the HiFIRE 4 vehicle, representing a high degree of sophistication in surviving and maneuvering at hypersonic speeds. The most recent launch of the HiFIRE series, HiFIRE 8, achieved Mach 8 in a scramjet configuration.

One of Australia’s greatest assets for the competition to develop hypersonic technology is its research and testing capabilities. Australia’s Woomera Test Range contains the largest land-based missile-test facilities in the world (roughly the size of Pennsylvania), and the nation possesses six hypersonic wind tunnels, capable of simulating a maximum of Mach 30. Australia also has ongoing work on using hypersonic boosters for reusable spaceflight.

Near-Term Forecast
Australia’s 2016 defense white paper envisions hypersonic weapons being introduced into Australia’s region by 2035. Australia has no programs of record for militarizing the capabilities that it is researching with the United States. Government publications constantly stress the potential civilian applications of hypersonic flight, though this is in large part because the smaller economies of scale in Australia require dual-purpose application to justify the significant investment required.

Security implications for the Indo-Pacific

One major consequence would likely be increased freedom of maneuver for China and Russia in the region. By using hypersonic weapons to increase the risks of conventional conflict for the United States and its allies, thereby keeping the threshold for war high, Chinese and Russian policymakers create greater space for their “gray zone,” hybrid, and irregular activities. Therefore, hypersonic weapons can affect multiple tiers of the escalation ladder. Additionally, all nations within adversarial hypersonic-strike ranges must accept the threat of a near-instantaneous strike with little to no warning if they attempt to confront or resist Chinese or Russian aggression. This will remain a reality until the United States and/or regional nations can develop sufficient counterbalancing capabilities, including in suborbital detection and tracking, interdiction, and counterstrike. Some nations have already begun to address this shift in the balance of power, but more time is needed.

Regardless of the ultimate threat posed by hypersonic-strike systems, they will prove to be a potent military capability. This is due not only to their speed, which at the very least compresses response times within the region to a point that will make interdiction with current systems extremely difficult, but also to their maneuverability and unconventional flight paths, which make them nearly impossible to track with existing surveillance systems. Thus, they have the potential to impose profound changes on the military and political calculus of both the great and regional powers in the Indo-Pacific. Indeed, there will be numerous potentially significant second- and third-order implications of this change in the balance of power, including in ways that may not be obviously connected or overtly risky. Due to the great powers’ lead in deploying these capabilities, regional nations should prioritize development of an effective defense against them, especially one that is both collective and coordinated.