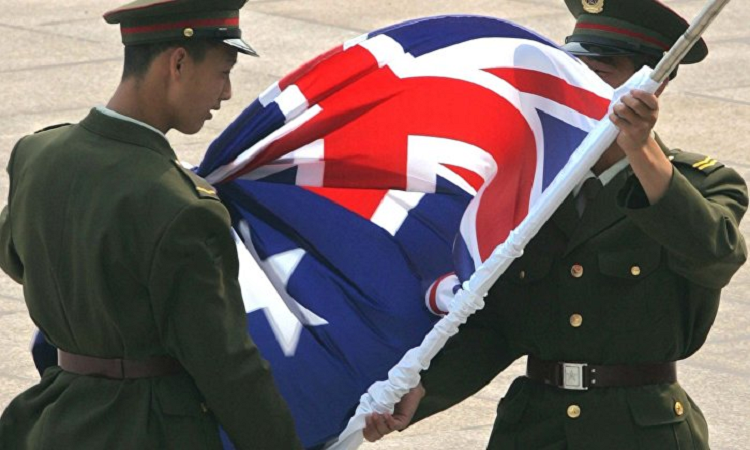 Many of the Chinese regime’s practices are repugnant to democratic values and human rights. That distaste and disapproval doesn’t warrant Australian governments pursuing a crusade or adopting an irrational strategic policy based on fighting a war with China, either in the company of the US or alone.

Setting strategic policy is difficult terrain to navigate. Armed conflict, as Clausewitz observed, is a policy issue. Articulating the purpose, objectives, and risks associated strategic policy decisions is often more like an art, or a gamble, than a science.

Governments are obliged to provide for the security of the citizenry. Some security threats that originate from beyond national borders require a military response. Some, not all! A capable military should be able to prevail over or to deter some threats that fall within a constrained band of situations without resulting in catastrophic harm or ending in existential damage.

The acceptable level of damage from military conflict to the lives and future welfare, well-being, and prosperity of the population is a subjective judgement. Political leaders often have been prepared to subject the people which they are responsible for protecting to the horrors of war for beliefs, ideologies, values, or national pride.

Governments face a bewildering calculus. Military effects are achieved within the constraints of geography. So, first look at a map. Then ascertain which states have the force projection capabilities to reach Australia and for how long they would be able to sustain an offensive at various levels of intensity. Power relativities could change dramatically over five, ten, or fifteen years.

To match adversary force projection capabilities may prove prohibitively costly or impossible. An adversary’s objectives in Australia’s case could stretch from destroying or occupying offshore energy infrastructure, blockading ports and disrupting seaborne trade, attacking critical infrastructure on the east coast, up to an invasion and occupation of centres and assets in the north. To protect against all possible objectives would be unachievable as each requires a different mix of air, sea, and land-based capabilities.  Perversely, force structuring against one or more alternatives could influence an adversary to choose a different option.

Alliances make the challenge even more complex as states will act on their own strategic interest; especially if they face significant adverse consequences from acting. Being allied with a hegemon provides good insurance except when the scale of a crisis makes the hegemon baulk at acting. A high degree of self-reliance is sensible to protect critical national interests; particularly if it is judged that they are militarily defendable.

The inflexion point at which Australia should take the military option off the table can be difficult to detect. For many, submission to China without a fight would be un-Australian, against the ANZAC spirit, an ignoble national surrender, or abandonment of the things for which Australia stands and as such would be totally unacceptable. A government might even gain a political mandate to take a heroic stand; but it would not be in the best interests of the security of the nation.

Wars generally are determined by an interplay of domestic resources, relative industrial and technological advantage, available military forces, and tactical issues.  Where nations are of a similar economic and demographic size, then industrial capacity, or past investment in the military, or geographical advantage could determine the outcome. When the imbalance in strength is very large, and the larger power is sufficiently motivated to prevail through force, there is a predictability about the outcome.

To sustain larger and better equipped forces in the field for longer while being able to absorb greater losses affords an almost insurmountable strategic advantage. To contrast China’s war potential with Australia’s capacity to mount a credible defence should persuade any rational Australian government to take the military option off the table. Economically, in nominal GDP terms China’s economy is ten times that of Australia; when measured as GDP(PPP) it is twenty times greater. Every year China’s economy grows at much more than half the total of the Australian economy.

China’s defence industrial base is now second only to that of the US. SIPRI suggests China has three companies in the top ten global arms sellers. Based on what it believes are probably underestimates, SIPRI consider China the second-largest national arms seller to the US. In 2017 China’s two main shipbuilding companies, CSIC and CSSC, delivered about 13 major military ships compared to the US’s largest US shipbuilder which delivered three. In 2017 alone China produced two nuclear and two conventional submarines.

The difference between China and Australia in defence expenditure is increasing. Between 2000 and 2018  China’s outspent Australia by a ratio of 6.25 to 1,  between 2010 and 2018 by 7.8 to 1, and in 2018 by 8.9 to 1. Every year the disparity in military force grows exponentially. The Pentagon’s annual report on Military and Security DevelopmentsInvolving the People’s Republic of China 2019 details just how great is the growing disparity.

The rhetoric and defence investment planning from Canberra indicates strongly that involvement in a military conflict with China is still on the table. Absent from these statements is any explanation to the public of how it is envisioned such a conflict would play out and how many lives could be lost, how much damage might result, and what might be achieved.

Australia needs a modern capable defence force for a number of roles and situations. However, the enormous investment in submarines, ships, and fighters, with an emphasis on high levels of interoperability with US forces, seems to betray a decision to patch into US forces in an East Asian conflict. It is the act of a tributary state subordinating its interests to the hegemon. That’s bad enough. Arguing for massive increases in defence spending in order to resist an attack by China on a friendless Australia is more disturbing and reckless.