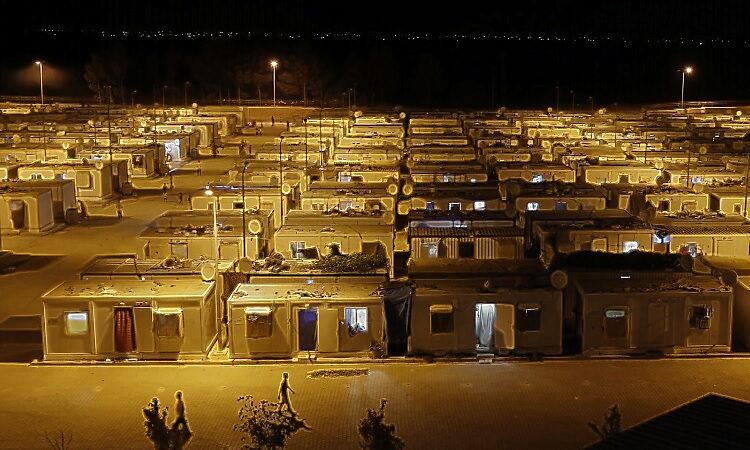 Published in June 2020, the UNHCR’s Global Trends report brings together important information about forced displacement and the relationship of these movements of people to situations of conflict. As Europe deliberates on new migration rules, with clear divisions between member states, the report is of particular interest.

Two points quickly emerge from the information. Firstly, the scale of forced displacement globally (79.5 million in 2019) is vast, and the number of people accepted for resettlement by States is very small (107,800 refugees settled in 2019). Secondly, the UNHCR is indicating that displacement is no longer a short-term phenomenon. And the numbers displaced and duration of displacement is likely increase as people displaced due to climate-change related phenomena are added to those displaced by persecution, conflict, violence, or human rights violations.

“We are witnessing a changed reality in that forced displacement nowadays is not only vastly more widespread but is simply no longer a short-term and temporary phenomenon,”

“People cannot be expected to live in a state of upheaval for years on end, without a chance of going home, nor a hope of building a future where they are. We need a fundamentally new and more accepting attitude towards all who flee, coupled with a much more determined drive to unlock conflicts that go on for years and that are at the root of such immense suffering.”

The Report’s last chapter is titled ‘Finding Solutions’. However, the reality that the Report describes is that “solutions for refugees are in decline”. In 2019, only half a per cent of the world’s refugees were resettled. And over the last decade, a ‘solution’ – through resettlement or voluntary repatriation – was only found for five million refugees.

The politics of migration aren’t easy, but it’s clear that more will need to be done – for the sake of those displaced, and also in the interests of international stability. Finding solutions may require a radical re-thinking of national and international policies.

A Brookings Institution report published in January 2020, Refugees as assets not burdens: the role of policy, makes a strong argument for completely reframing the problem – or ‘flipping the narrative’.

In an increasingly interconnected world, greater human mobility should be viewed as an opportunity rather than a risk, a vehicle for expanding growth, trade, and human capital accumulation. Migrants and refugees bring skills, knowledge, innovation, and networks to their host nations, a core engine for economic growth. Yet to date, they represent a largely underutilized resource.

‘Refugees as assets not burdens: the role of policy’

Read more about the Brookings Report or download the full report (pdf opens).