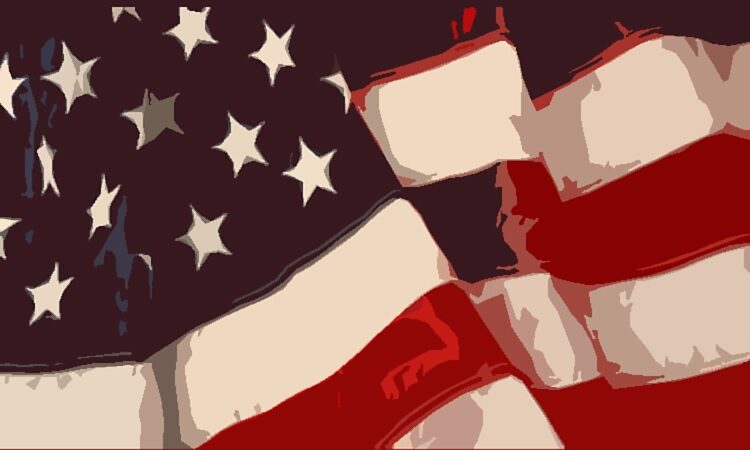 President Trump has pursued a different vision of the US’s role in the world. This has had an undeniable impact on the US’s relations with allies and competitors alike, and has reshaped the general perception of the US as a global actor. Whether or not Trump wins re-election, the US will not be able to resume some quasi-mythical past role and the world will need to adjust to a new normal.

The robust debate over the US’s future global role is one to which allies like Australia should be paying close attention. Australia has invested heavily in an older conception of America’s global role, and anticipation of its continuation lies at the heart of Australia’s current foreign and strategic policies.

The previously accepted conception of the role of the US in the world held in congressional and official circles in Washington had four elements: global leadership; defence and promotion of the liberal international order; defence and promotion of freedom, democracy, and human rights; and prevention of the emergence of regional hegemons in Eurasia. Arguably, most emphathically under President Trump, but evident during the Obama administration, the first three elements have been de-emphasised already, and regional hegemons in Eurasia have become an obsession. It has been suggested that the Trump administration “has made “great power competition” the organizing focus of American foreign policy”.

The hope that a Biden presidency would see a reversion to a pre-Trump foreign policy and security agenda is probably neither achievable or desirable. Writing in The New York Times, Emma Ashford has questioned the record of US foreign policy before Trump. While foreign policy advisers surrounding Biden believe that “the United States must re-embrace American exceptionalism, returning to a foreign policy of global leadership”, this would be returning, according to Ashford, to “a narrow Washington consensus that has failed our country and the world”. To the contrary, Ashford concludes “America can’t go back to being everywhere and solving every problem”. Even The American Conservative concurs, exclaiming ironically, “Heckuva job, Washington! Let’s have some more American leadership”. The author argued “It is not Washington’s job to run the world”.

On the other hand, Jonathan Schanzer and Mark Dubowitz warn against what they see as a revival of isolationism in the US. They believe the US should be engaged, and especially militarily when necessary, and argue that “Isolationism doesn’t work because the enemy gets a vote, and what happens abroad inevitably affects Americans at home”. In their view, “The best way to preserve the US-led global order and to prevent attacks on the United States is to remain engaged and keep a well-designed, forward-deployed military presence alongside allies and partners.”

Another school of thought holds that changes in the economic and military relativities means the US must find a new role. William Burns points out that the past role is no longer available to the US because, “the United States no longer occupies the unrivalled position of strength that [it] enjoyed after the collapse of the Soviet Union.”  This is put more bluntly by Zachary Karabell, who thinks that “to believe only that one’s country is uniquely powerful and destined by history and culture for greatness—is a recipe for a fall.” Karabell concludes, “decades of global pre-eminence have not done Americans well at home in recent years”.  He writes that America must “say goodbye to exceptionalism, and accept that it is a normal country like any other”, just bigger and richer.

The factors that affect the options the US has to portray itself as a global leader are numerous. Stephen Walt has raised the possibility that history shows that “domestic policies were far more critical to their international standing than any of the clever stratagems, initiatives, ploys, schemes, or interventions they undertook abroad”. If correct, the perception of the US as the exemplar of democratic, liberal governance has taken a battering recently, and in the past twelve months in particular. Perhaps even more telling, the failure to deal with the impacts of the COVID-19 virus has brought into question the efficiency and effectiveness of the democratic model to protect the health and welfare of citizens.

A succinct formulation of the essence of the debate says the US has to choose between “retrenchment, restoration, and reinvention”. Retrenchment, an idea familiar to the Trump administration but with a much longer provenance, means pulling up the drawbridge a relinquishing what its supporters see as relinquishing a thankless, costly and largely unsuccessful global role. Restoration, looking in the rear-view mirror with rose-tinted glasses, would see America forcefully reclaim global hegemony and dominance, lost only through diffidence and miscalculation. Reinvention involves the arduous, and perhaps humbling, job of finding a new, cooperative and constructive accommodation with the new normal.

Retrenchment has not proved a viable policy historically and the size of the US and the scale of its legitimate interests means isolationism is even less practical today. Any attempt to recover an idealised past and a hegemonic presence will prove not only futile but lead to confrontation and conflict. Although reinvention is the course that recommends itself, the debate over the US’s future role presages a struggle and considerable resistance in policy circles to any abandonment of the past role. Moreover, the US cannot reinvent its global role without all other nations being compelled to adjust to the new normal that it would create.

Whatever the intentions and ambitions of the next and succeeding administrations, the opportunity for Washington policymakers to choose or dictate the future role of the US has passed. All that can be reliably said is that the past won’t resemble the future. A reality that imposes on allies like Australia the need to be prepared to fundamentally reassess foreign and security policies as the US searches for and settles into a future global role.