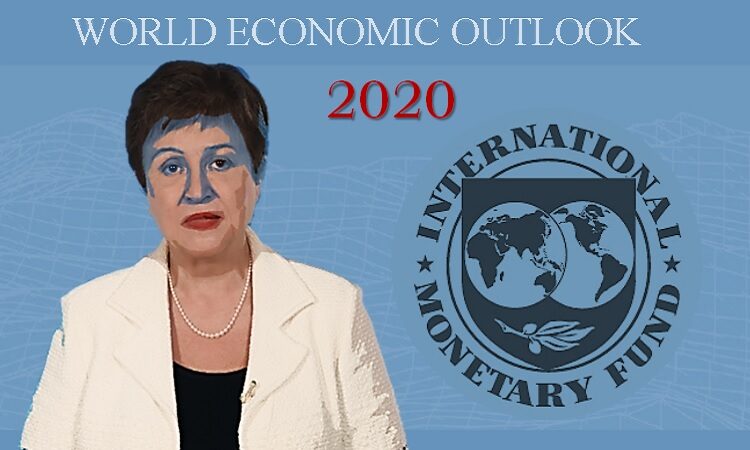 The response to global warming has to be at the same time political, science-based, and economically-informed. It has to encompass the present and the future, the global and the regional, and the macro and the micro. Reading the International Monetary Fund’s (IMF) 2020 World Economic Outlook: a long and difficult ascent, is instructive on this point.

Put simply, the IMF argues that “an initial green investment push combined with steadily rising carbon prices would deliver the needed emission reductions at reasonable transitional global output effects”. It predicts “technological innovations [will] develop in response to carbon pricing and green research and development subsidies” to ease the “transitional costs” incurred and off-set the decline in global growth and productivity that will take place until 2050. To address the “unequal impacts across population subgroups”, that is the inevitable consequence on the poorest in society following the “structural transformation of economies”, the IMF proposes inclusive policies including redistribution of the proceeds from a carbon price.

For a start, the fact that the IMF, “a bastion of free market economics and fiscal austerity,“ has dedicated an entire chapter in the Outlook to Mitigating Climate Change—Growth- and Distribution-Friendly Strategies must be seen as a welcome step.  Not unexpectedly, the IMF approach to reducing carbon emissions was heavy on the economic theory but a bit less focussed on the science and the politics. Decarbonisation of the global economy is the object of the IMF approach and therefore it naturally deals with the issues of energy efficiency and the shift to low- or no-carbon energy generation at a high level of abstraction that smooths over the diversity of economic, political and climate impacts in local situations.

This makes the report impractical and naïve in some respects. The Outlook recognises the urgency of addressing anthropogenic induced climate change and the importance of reducing carbon emissions from human activity by 2050, if global warming is to be contained to between 1.50C and 2.00C by 2100. However, the frequent reference to “the safe levels agreed to in the Paris Agreement” display an unfamiliarity with the science. The report seems unjustifiably optimistic about the capacity for carbon capture and storage technology (CCS) to play a large part in reducing emissions by 2050, given it accounted for approximately 0.013% of emissions reduction in 2019.

The breadth of the implications from the science can be discerned in three International Panel on Climate Change reports; The Ocean and Cryosphere in a Changing Climate (2019), Climate Change and Land (2019), and Global Warming of 1.5°C (2018). Collectively, these studies depict a situation where many seriously adverse consequences are already evident from global warming and where the amount of GHG already in the atmosphere has locked in long-term harmful trends. It is not correct to say, as the IMF does, that “The window for attaining net zero emissions by 2050 and holding temperature increases to safe levels is rapidly closing”. There is no reaching safe levels. The UN Emissions Gap Report 2019 notes, that while emissions are still increasing, “By 2030, emissions would need to be 25 per cent and 55 per cent lower than in 2018 to put the world on the least-cost pathway to limiting global warming to below 2.00C and 1.50C respectively”.

The world cannot respond quickly enough, even if the IMF policy suggestions were taken up.

The world cannot respond quickly enough, even if the IMF policy suggestions were taken up, for two reasons. The enormous transformation required involves significant changes in the physical infrastructure upon which the current world economy and national communities depend. New power stations, energy transmission systems, ships, trucks and cars will need to be built and distributed, and production processes re-engineered, while simultaneously power needs to be maintained and services delivered during the transition. Long term contractual arrangements for a variety of energy projects and supply would need to be revisited and rewritten, financial arrangements unwound, and many existing enterprises decommissioned and compensation paid. To do all this and more by 2030 is beyond the practical abilities of any nation.

Perhaps and even greater obstacle is the political fallout. It would be difficult, but maybe not impossible, to get the world’s governments to agree on the urgency of addressing mitigation of GHGs. If they did, those political leaders who have invested a lot of personal capital in dismissing or downplaying climate change might be able to change tack, convince their electorates of the danger, and unify their populations behind a national effort. The really hard political part, as the IMF makes clear, is that someone has to bear the cost. If the IMF is right, the course it suggests will reduce economic growth for the next thirty years and it will only recover by 2100. Governments would be asking people to make major sacrifices in their welfare, well-being and standard of living, not for their children, but for some as yet unborn generation eighty years hence.

This sacrifice would fall primarily on the bottom income levels of society. The IMF Outlook proposes off-setting these costs with distributive policies. In a world where egregious wealth inequality within and between states has failed to generate wealth distribution or equalisation measures, and where many in the world’s biggest economy, the US, see wealth redistribution as an anathema, these policies must be remote prospects. However, massive social unrest would seem to be the logical alternative to increasing pauperisation.

The IMF Outlook is an important if flawed document. However, it should not be seen in isolation. It is just one of an increasing proliferation of quality publications from reputable institutions that are contributing to deeper understanding of the complex and multifaceted threat global warming poses; and that are providing provocative and innovative analysis for policy makers. If it is not already occurring, there is an obligation on policy advisers in government to make political leaders cognisant of this growing body of work. The very first step is to have governments accept the reality and inevitability of global warming. That the IMF has, should give every minister in every government pause for thought.