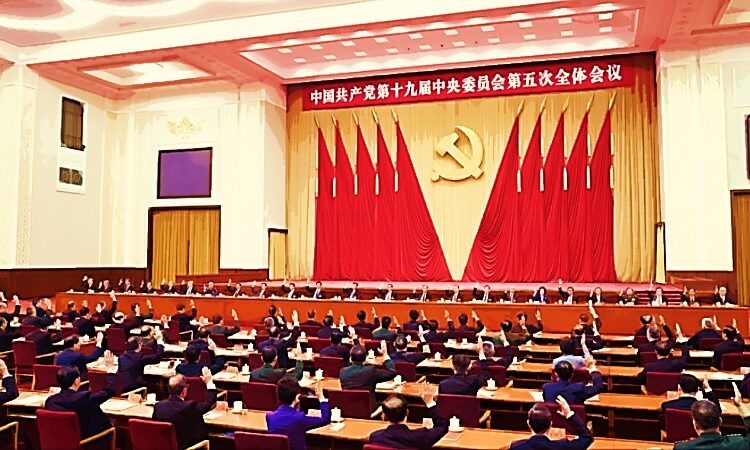 The fifth plenum of the Chinese Communist Party (CCP)’s 19th Central Committee concluded on 29 October 2020. The gathering of China’s top leaders finalized the blueprint for China’s 14th Five-Year Plan, which will set China’s economic and social policy vision for the period from 2021-2025.

According to Shannon Tiezzi, Editor-in-Chief at The Diplomat, the Plan:

In addition to the normal five-year plan, the plenum also discussed a more ambitious 15-year blueprint that sets out China’s goals through 2035, by which date China should have “basically achieved” its goal of becoming a modern socialist country. Previously the target date for definitively achieving that goal was 2049, the 100th anniversary of the People’s Republic of China.

Why, Shannon Tiezzi asks, the new emphasis on 2035, then? And why the longer-term horizon at this year’s plenum, rather than sticking to the typical five-year plan?