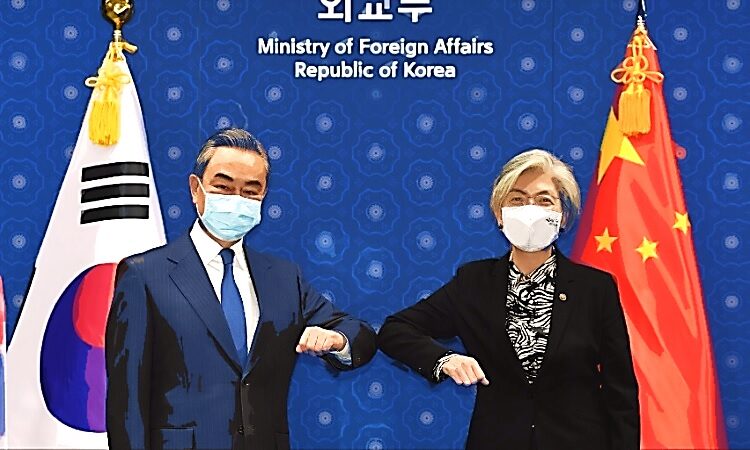 Reuters reports that China’s Foreign Minister, Wang Yi, has visited South Korea, arriving on Wednesday, 25 November 2020, after a two-day visit to Japan, “as Asian governments prepare for change under a new U.S. administration”.

“Wang said his visit was to highlight the importance of efforts by the “strategic partners” to work to promote peace and stability.”

Details are sketchy, but Reuters reports that the two states agreed to prepare for a visit to South Korea by Chinese President Xi Jinping, and to cooperate on stalled talks on North Korea’s nuclear programme and on tackling the novel coronavirus.

China and U.S. ally South Korea have traditionally been suspicious of each other but in recent years they have found common ground in economic cooperation and a shared concern about North Korea’s rush to develop nuclear weapons.