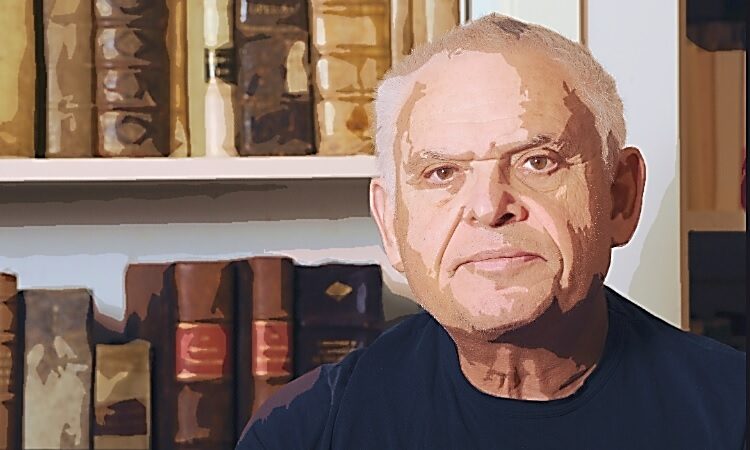 Australia seems to have lost its geostrategic moorings as the new international environment materialises around it. As market-based economic globalisation gives way to a system of state relations based largely on strategic capitalism, the Australian government seems to be using an outdated operating system. The demise of the multi-lateral, rules-based and open world will pose problems that demand imagination, innovation and deft and agile policy and diplomacy.

The shift to strategic capitalism is seen in the propensity of states to “increasingly intervene in the production and flow of goods, services and data, as well as in the development and diffusion of technologies”. The renewal of geopolitical competition is motivating states “to step in to make sure market transactions do not imperil the bases of national economic power”.  A development that is driving a transition away from “the prevailing market orientation” of international economics. The competition between the US and China has seen a growing emphasis on what Edward Luttwak termed ‘geoeconomics‘.

The 1994 finalisation of the Uruguay Round of General Agreement on Tariffs and Trade (GATT) negotiations established the World Trade Organisation (WTO) and laid the foundations for the open trade environment and globalisation. This agreement saw economic nationalism take a backseat to market-liberalisation and saw widespread international support for the integration and interdependence of national economies under a rules-based global framework. Now, as China emerges as a genuine economic competitor to the states that previously dominated the global scene, the older policy tools of economic nationalism and geoeconomics – tariffs, investment controls, export restrictions – are being pulled from the bottom draw.

This transition will catch many governments betwixt and between. The habit is deeply ingrained in policy-makers of defaulting unreflectively to the fading ideology of a market-based neoliberal order where corporations could pursue efficiency and profits by locating activities where labour, materials, resources and financial circumstances were most beneficial. But individual great powers are now seeking to gain military and economic advantages through trying to deny competitors access to technologies, markets, and investment, and by capturing markets for their own products and services.

The pressure will come on allies or so-called “like-minded” partners to choose to align their national policies with those of the great powers. Aptly described as the emergence of “one world two systems.” Strategic capitalism will see nations interfering with commercial decision-making for reasons of national security, and constraining corporate operations in the interests of economic nationalism. The potential upshot of the competition between China and the US is the creation of economic spheres of influence based on new technologies. The current competition is  “more about battling for market dominance in high technology and industries of the future “, including through “setting industry and technology standards, and influencing regulations in the digital economy”. Controls on exports and transfer of intellectual property will increasingly focus on artificial intelligence, robotics, internet-of-things, advanced materials, nano- and bio-technologies, and quantum computing; anticipated to be the building blocks of future economic success.

This transition is still in progress, although well-advanced in the US with respect to China, and the muddled and contradictory language in the Japan-Australia Leaders’ Meeting Joint Statement typifies the current uncertainty many states face. Consistent with the rise of strategic capitalism, the Joint Statement notes that “a key element of bilateral security cooperation is to promote coordination in the area of economic security”, adding that “that assuring economic security is becoming increasingly important“.  At the same time the leaders committed to “expanding a free, fair, inclusive and rules-based trade and investment environment and to keep our markets open in this region and beyond”.  Under strategic capitalism, economic security and open markets are increasingly incompatible.

The Joint Statement goes on to affirm that “trade should never be used as a tool to apply political pressure” and that Australia and Japan would work to “ensure market-oriented conditions and a level playing field to foster a non-discriminatory trade and investment environment”. Announcements that simply deny the current reality. The current competition between the US and China is “rooted principally in a quest for economic pre-eminence and technological mastery”.

The world is seen as being at an “inflection point” where emerging decisions will shape “long-term economic and technological competitiveness, critical infrastructure integrity and security, and cohesion among the world’s liberal democracies”. China has already reshaped the international environment with its state capitalist model. The Australian Prime Minister’s assertion that although “some countries are in strategic competition with China”,  Australia “is not one of those” is disingenuous. Strategic competition is no longer simply a matter of military policy, in which Australia has already openly sided with the US.

With good reason, China certainly understands Australia’s recent actions towards it as geoeconomics, or aggressive economic nationalism. There is no doubt China sees Australia acting on a number of economic fronts in alignment with, and probably at the behest of, the US. The text of the Joint Statement belies the attempts of the Australian government to claim neutrality in the economic and military competition between China and the US.

The trend towards strategic capitalism is not something Australia caused or can affect. Its economy is not big enough. China has already reshaped the international environment with its state capitalist model. The attempts by the US in particular to dismantle the global economic arrangements that permitted China’s rise ironically sees the market-based capitalist model shifting to a partial approximation of China’s approach of government direction of corporate policies. The world is well on the way to dividing into competing camps.

In this environment Australia has a difficult course to chart. However, simply hoping not to have to choose, or complaining about the pressure to do so, won’t help. As of yet, Australia doesn’t seem to have grasped the fundamentals of strategic capitalism.