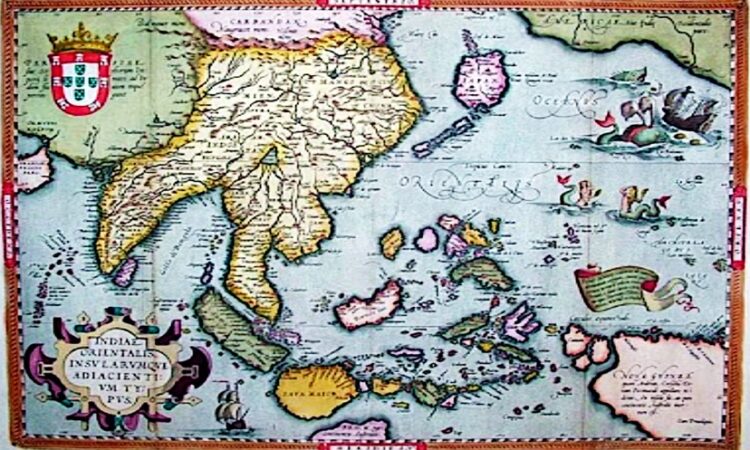 This article was published here by the Australian Institute of International Affairs, Australian Outlook. It is published under a Creative Commons License and may be republished with attribution.

Only days after the mayhem at the US Capitol, a top-secret document suddenly appeared. It showed a White House setting out methodically, if unimaginatively, an ongoing commitment to the very world order its own leader had throughout much of his time in office sought to unpick.

It is rare to find a journalist, analyst, or indeed historian – this writer included – able to resist the allure of a secret government document unexpectedly liberated into the public domain. It is all the more exhilarating when it involves the revelation of a previously top-secret document of a major power ally that purports to reveal the blueprint for its approach to the region in which Australia is located.

In the dying days of the most chaotically dysfunctional presidency in living memory outgoing officials in Washington declassified the Trump administration’s Cabinet memorandum from 2017 on its “Strategic Framework for the Indo-Pacific.” In Australia, the paper was exclusively leaked both to the ABC’s 730 Report and the ANU’s Rory Medcalf. Both instantly declared it a “World Exclusive.”  Here, after all, was the documentary proof: for all Trump’s taunting of key Asian allies, for all his protectionist trade policy, withdrawal from the Trans-Pacific Partnership, and the added doubts his erratic diplomacy sowed about US regional staying power, his officials were all the time securing the foundations for ongoing US hegemony.  Surely this was the very reassurance that allies, including Australia, had spent the best part of the last four years craving.

At issue is not only the contents of this document, the details of which have now been closely scrutinised, but the manner and timing of its release and further, what its reception in Australia says about Australia’s relationship with the United States and whether it shapes expectations for the new Biden presidency.

The document itself is curious. It contains no in-depth assessments of capability and power, no judgments of likely behaviour beyond warning of North Korea’s nuclear arsenal and Chinese assertion across multiple security, economic, and cyber domains. It contains, too, all the kinds of contradictions and complexities characteristic of such frameworks: the mismatch between aspiration abroad and example at home, the tensions between holding military pre-eminence but maintaining regional primacy, between lofty grand strategy and its problematic execution. As a reflection of American thinking on the region, it is at best skeletal.

But this is the point, of course. What we have been provided with here is only what the outgoing administration wanted the outside world to see. To be properly understood, one would need to see all the supporting documents around it. At a minimum, that would ideally include the records of inter-agency discussions and the intelligence assessments provided by the CIA, the State Department’s Bureau of Intelligence and Research, and the National Intelligence Council that helped inform it. It would also require a study of the covering memorandum to the president from then-National Security Adviser HR McMaster laying out what officials really needed him to know. Compared to the regional assessments I have seen prepared by officials in the National Security Councils from Presidents Kennedy through Reagan, this is a very thin offering indeed. Moreover, a more considered judgment of its significance could only be made when matched with corresponding debates in Congress over funding allocations as well as, of course, a methodical and professional study of how, and if so, where this policy differs in substance from those out forward by previous administrations. Only then can a surer judgment be made as to the relative position of the US in Asia compared to, say, even four years ago.

Yet, Medcalf praised the document for its “authoritative clarity,” declared it to be “serious and coherent” in its vision of “holistic engagement” with the region, but conceded that it was “excessively ambitious” and, moreover, that the strategy being outlined was “incomplete and insufficiently resourced.” It was not, he stressed, evidence of an American strategy for “full blown containment” of China, even though that is ultimately what Mike Pompeo and others in the administration drove the American China policy cart to become over succeeding years.

More contentiously, however, Medcalf claimed that the document showed an America following its allies as well as leading. And yet the document drips with the language and intent of US primacy and how to maintain it in the face of a rising China. Indeed, it is this angle that is perhaps the more illuminating – the vaulting ambition of American power in full view even as China continues to clip its regional wingspan. The document is inviting readers to view an American foreign policy establishment at full steam, a global superpower still with reach and capability. But is it accurate? Is it a picture of American power as it is or as it once was, like a veteran marksman at a firing range trying to hit everything that moves?

A widely held assumption is that the document was released in an effort to reassure allies. In the case of Australia, one intended message may have been to assure Canberra that it had not been forgotten even as it bore the brunt of Chinese economic coercion. But its motivations were more likely domestic, namely, to tie down an incoming Biden administration, lay claim to a Trump Asia strategy, and have this document as the first arrow to fire from the Republican quiver if Biden and his team waver in their approach to Beijing. Furthermore, it might also have been intended to offset claims that the days of American exceptionalism are over. But all this, too, is speculation. All the same, those in Washington who decided upon its release cannot have hoped for a better reception than the one it received in Canberra.

There has been the suggestion too that Australia can take some of the credit for stiffening America resolve in framing its regional vision, especially on China. The Australian boast comes from two directions: firstly, from the document itself, which cites the influence of the Turnbull government’s own thinking on the Indo-Pacific on US deliberations. And a senior Washington source, most likely former Deputy National Security Adviser Matt Pottinger, has claimed that Australian officials and strategists were the “pioneers” in helping the Americans better understand Chinese influence and interference operations. Second, it comes from an abiding, deep-seated desire among some Australian officials and analysts for demonstrated influence on US policymaking at the very highest levels.

It might be asked what all this means for the new Biden administration. Although there is always a great deal more continuity between US administrations on foreign policy, the White House will hardly feel boxed in by such a document. Its new Indo-Pacific coordinator, Kurt Campbell, has already given his verdict on the past four years by arguing the “combination of Chinese assertiveness and US ambivalence has left the region in flux.” He assumes, too, that any restoration of balance to the regional order will require a “degree of acquiescence and acceptance from China.” A brave statement given the current brand of aggressive Chinese confidence emanating from Zhongnanhai.

Historians will have to wait until 2047 to gain the full picture of what ultimately remains but a glimpse of American policymaking. Only then can a careful, professionally historical study of its contents, set properly amid the context of its predecessors’ approaches and the wider history of US Asia policy, attempt to set down some definitive conclusions. And those conclusions too will be contested. Some grasp of this reality would have been a welcome additive to the more breathless commentary in recent weeks that has tended, even if unwittingly, to do America’s, not Australia’s bidding.

James Curran is Professor of Modern History at Sydney University. He is a foreign affairs columnist for the Australian Financial Review and is writing a book on Australia-China relations for NewSouth Press.