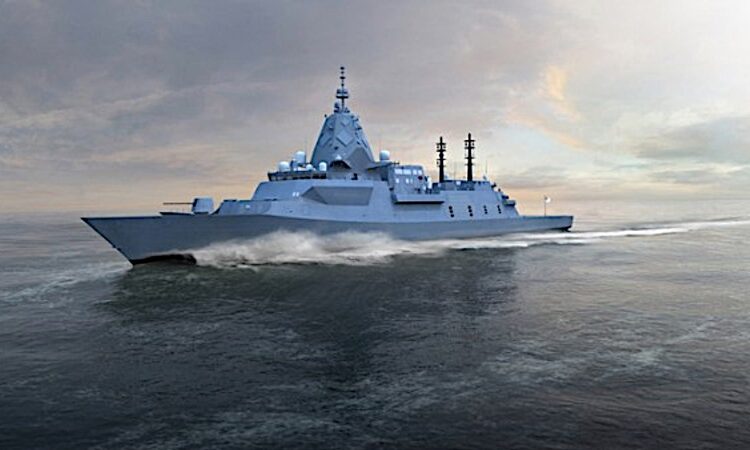 h&t has had, it must be admitted, a certain preoccupation with project SEA1000, Australia’s New Submarine Program. But as we endlessly dissect the twists and turns of that troubled project, it’s interesting to note that it might just be an example of wider trends in defence procurement internationally.

The first trend is towards “ever more complicated and expensive weapons”; platforms that keep getting bigger, more complicated, and more costly. The second trend relates to the design and construction process. The scope of the project changes significantly as the limitations of the initial design are discovered, design phases are expensive and lengthy, the costs double, and the delivery schedules slip, even by decades. And while this is all going on, no-one is, at any point, willing or able to clearly answer the question, “What are we going to do with this thing?”

Brian Toohey has illustrated this dynamic at work in Australia with the Hunter class frigates (being acquired under Australia’s Future Frigate project, SEA5000), the cost of which, he says, has gone from $30 billion in 2016 to $45.6 billion in 2020, an increase of 50% in four years and three times the amount the United States is spending to build its choice of a new frigate, and between two and three times as much as Korean and Japanese frigates of a similar size.

The Hunter class frigate will be a successor to the the 4000-tonne, German-designed ANZAC class frigates that the Australian Navy currently operates. The Future Frigate project’s specification called for an 8000 tonne ship, and the government selected an 8800 tonne design: BAE Systems’ Type 26 frigate, then still in the design phase. Now, the planned frigate has grown to more than 10,000 tonnes. The increase in size, according to Toohey, was prompted by the discovery that two crucial radar systems, the AEGIS and the CEAFAR, could not be integrated into the existing Type 26 design (and it turns out that large surface combatants are worthy targets that require substantial defensive systems). Others see the scope creep more in terms of ‘future-proofing’ the design.

There’s no single view on why we are seeing similar issues occur across a number of defence procurements, and analysis of the issues tends to look for answers in Australian systems, institutions and decision-making processes.

In ‘Bloat and Warfare‘ Jacob Parakilas makes some observations about Canada’s new frigates- a new class of 15 frigates, also based on the British Type 26 design, which, at 9,400 tons, will be twice the size of the Halifax-class ships they will replace. Parakilas’ article suggests that the ‘bigger, twice the price and late, late, late’ dynamic is not solely an Australian phenomenon.

Canada’s new frigates are the size of cruisers, and indicative of a wider trend toward ever-more complicated and expensive weapons.

The process by which weapons systems become bigger, heavier, and costlier seems only to travel in one direction: military capabilities tend to either be retired without direct replacement or replaced with fewer, larger systems rather than more numerous, simpler ones. There are, of course, some sound reasons for this endlessly ratcheting growth. Modern ships and aircraft have capabilities far exceeding their predecessors in terms of speed, range, weapons carriage, and electronic sophistication.

There are less tactical reasons for size creep as well. Pushing the boundaries of existing definitions is a time-tested way of pushing more ambitious programs through domestic opposition… the massive modern frigate (not solely a Canadian phenomenon) tends to be equipped for full-spectrum warfare, but reclassifying them to reflect their actual capabilities might be seen as escalatory…

One possible solution is to invest in more general-purpose platforms that can be repurposed for specific mission by adding specialized equipment modules. But… even in naval architecture, which provides more flexibility than aeronautics, experiments in modularity have not proven simpler, cheaper, or more effective than building specialist hulls.

There are some elements of modularity that have promise. The idea of mounting guided missiles on cargo aircraft, ships, and even trucks — or hiding them in cargo containers — suggests that militaries are slowly trying to shift their eggs out of a dwindling and increasingly expensive set of baskets. But those efforts represent a subtle shift, not a fundamental change: The funds appropriated for those efforts are a fraction of those being plunged into giant flagship systems.

To some degree that reflects the fact that most weapons, most of the time, are not being used in active combat operations. They reflect a set of political preferences: support for domestic industries and the maintenance of the foundations of a wartime industrial base, for instance, or desire for the ability to physically demonstrate national will and power…

…The next major inter-state war may prove that high-end capabilities can only be effectively challenged by their direct equivalents. Or it may end quickly because one or both sides are not willing to place those overwhelmingly valuable and nearly irreplaceable assets at risk.

These are excerpts from the original article. Read the full article (external link to The Diplomat)