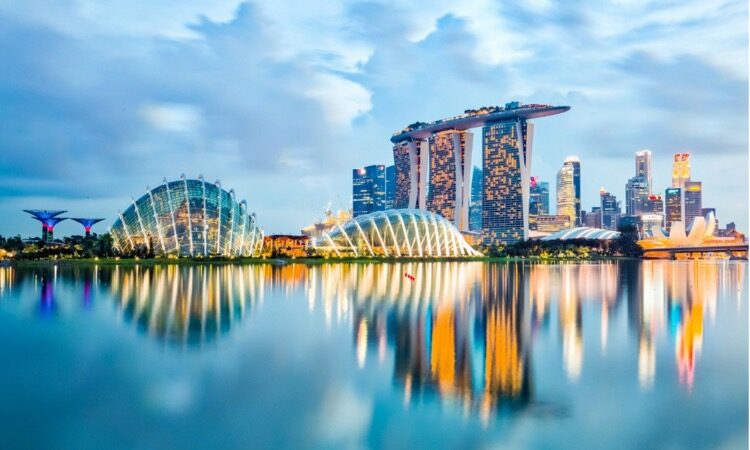 A look at the forces shaping Asia quickly exposes the inadequacy of the Indo-Pacific concept as a basis for foreign and strategic policy. Also revealed is the way the ‘big hands, small maps’ nature of the concept leads to superficial judgments about the dynamics of Asian development and the implications for power and influence. The example of ASEAN provides an insight into this problem.

By declaring that ASEAN “sits at the heart of our vision for the Indo-Pacific”, the Australian Prime Minister simply reiterates a thought found in US’s  2017 National Security Strategy and the 2019 publications 2019 U.S. Indo-Pacific Strategy and Free and Open Indo-Pacific. Implied in this view is an assumption that the natural inclination of the ASEAN states will be to line up with the US and Australia in their attempts to blunt China’s growth and influence. A simplistic and paternalistic view that ignores the situation of the ASEAN states.

Population growth, poverty and urbanisation are putting enormous pressure on the ASEAN member states; trends that will persist irrespective of competition between China and the US. Collectively they are unenthusiastic about America’s confrontational approach to China. The June 2019 ASEAN Outlook on the Indo-Pacific document, the grouping’s reply to the US’s Indo-Pacific strategy, stressed “economics rather than security” and “cooperation rather than confrontation”, and fell far short of signing up to the “vision” of the US and Australia.

This reluctance is understandable. In 2020 ASEAN became China’s largest trading partner. However, it is not only the scale and importance of China’s trade with ASEAN, or its Belt and Road trade related investment in transport and ports, that will increase its influence in Southeast Asia. China is able to offer the ASEAN states solutions to their pressing problems. In particular it is the attraction of ‘smart cities’ technologies and their application to the challenges of population growth, poverty and urbanisation that will see ASEAN become an important arena for the competition for technological primacy between the great powers.

The concept of smart cities has captured the attention of governments and businesses world-wide over the last decade. But it is in China that there has been significant and sustained development and adoption of smart city technology. Even before COVID-19 China was heavily focussed on smart cities. China’s approach has been to build domestic capacity and expertise in the technologies that come together in the smart city model in readiness to become the leading supplier of these technologies to international markets.

This is evident from the last two Five Year Plans developed during President Xi’s tenure. In China’s 14th Five Year Plan’s the “stimulus committed $1.4 trillion over five years  for digital infrastructure, including 5G, smart cities, and Internet of Things applications for manufacturing“. China has by far the greatest number of domestic smart city projects underway of any nation. By one account in January 2020 there also were “398 reported instances of 34 different Chinese firms exporting smart cities technologies through involvement in smart cities development projects in a total of 106 countries”.

Both the ASEAN Smart Cities (ASC) framework and the ASEAN Sustainable Urbanisation Strategy spell out the importance of smart city technologies for the region’s responses to urbanisation, environmental and climate strategies, population growth, and the digital economy. In 2020, the Asia Pacific was the region reported to have spent the most on investment in smart city technologies.  The Outlook recently re-emphasised “Addressing challenges of rapid urbanisation through the ASEAN Smart Cities Network (ASCN) initiative”.

For the ASEANs, the prospect of the benefits of adopting the smart city technologies outweigh the instability and tensions involved in taking sides in a great power struggle; however, their keenness for smart cities places them at the heart of the competition. A RAND article has pointed out that in the past much of the appeal of the US model was because other states saw it as “an opportunity to advance their own security and prosperity”. Prime Minister Morrison, and the US policymakers, still believe the combination of democracy, market-based economies, and liberty will prove irresistible. RAND asks whether China or the US now has “a more sustainable concept of national influence”.

The focus of China-US competition has been described as “the battle for market dominance in high technology and industries of the future”, and China’s dominance of smart city technology provides it with the potential to carve out a large economic sphere where Chinese technology dominates and its standards prevail.  Of course, while smart city technologies hold out the promise of better administration, better services, and a more sustainable urban infrastructure, they also present challenges to citizens’ privacy and liberty, and potential security issues. These risks will not be lost on the ASEANs.

The UN has observed that the “smart city rhetoric does not always match reality” and that often the technologies “do not promote socially inclusive urbanization”. It has also noted that improving the service delivery and administration in urban centres, and achieving far greater efficiency in energy usage and waste management, are central to the sustainability, health, and environmental outcomes in cities, and to effective climate emission and adaptation actions. Still, another 70 million Southeast Asians will live in cities by 2030.

To negotiate their way through the tensions of becoming overly dependent on China for technology and investment while addressing the increasingly urgent needs presented by urbanisation will be a challenge for the ASEAN members states.  On current trends, though, it is likely that Southeast Asia will become dependent primarily on Chinese technology.

That there is a strategic element to China’s growing influence in Southeast Asia elicits a narrow militaristic response from Australia, one that is shaped by hegemonic mental constructions like Indo-Pacific, and where national security is measured by defence spending. Yet, the dynamic that is drawing ASEAN closer to China is unrelated to the Indo-Pacific, and is driven by shared interests.

In future Southeast Asia may at best be neutral, or may possibly be more closely aligned with China. ASEAN could then be central to China’s ‘vision’.