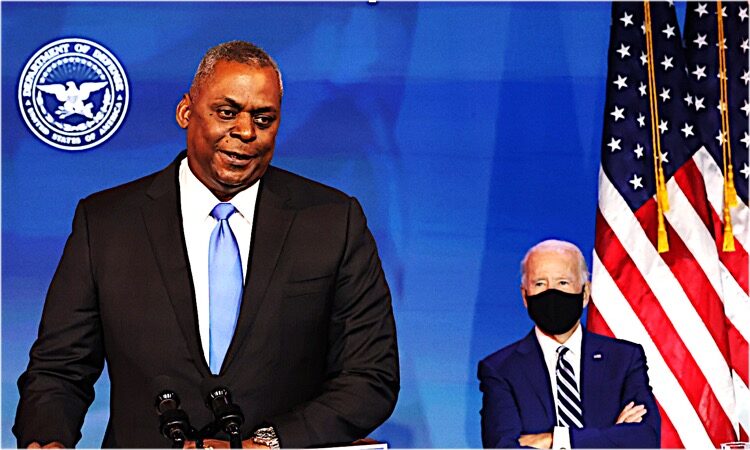 The Biden Administration’s approach to China is anchored in the strength America draws from it alliances. The President and the Secretaries of State and Defense have made this clear. This is an anachronistic basis on which to construct a strategic policy given today’s strategic realities.

Alliances are quintessentially about strategic power. The benefits of alliances come from contributions they make to balance-of-power arrangements, deterrence, and, most importantly, aggregating military power for collective action against a common enemy. They are rarely a collection of peers, and often consist of a constellation of small to middle powers around a great power. An alliance is most effective when there is concurrence on the threat and the locus where it will appear.

Among the remnants of the Cold War are a number of US alliances – NATO,  US-Japan, US-Republic of Korea, US-Philippines, the Rio treaty with Latin American states, and US-Australia and New Zealand (ANZUS). The importance of these alliances has fluctuated with shifts in the geopolitical environment since their initial rationale disappeared with the fall of the Soviet Union. Originally these alliances were pieces in the international strategic board game played by the Cold War superpowers; part of the complex mix of containment, balance of power, and force projection initiatives of the US.

The Soviet System eventually failed because of the inefficiency, rigidity, and incompetence of its political and economic system. The West provided an alternative that delivered a materially superior and better standard of living. For US allies during the Cold War, the benefits of surrendering a large degree of strategic autonomy to the hegemon made it a made strategic sense. However, contemporary China is neither inefficient nor incompetent, and has proved flexible and resilient.

The differences between the Cold War and current circumstances are significant. The West and the Soviet Union were effectively separate and competing strategic and economic systems with minimal overlap. The military threat to Western Europe and, to a lesser degree, East Asia, gave US allies a vested interest in US hegemony and the US post-war economy. They relied primarily on America for security and prosperity. Today the strategic and economic interests of states are more clearly differentiated. Moreover, China doesn’t stand apart from, but is deeply integrated in, the world economy on which the US and its allies depend.

The prospect of a conflict with an implacable ideologically-driven adversary no longer informs the considerations of the members of the US alliance network. There will be a point beyond which states will not put the collective strategic interest, or the US’s desire for hegemony, ahead of their own national economic and strategic interests. The disadvantages of doing so will be too great.

The Biden Administration seeks to build an anti-China coalition, to establish a balance-of-power regime based on military, economic, and technological cooperation and coordination among the so-called like-minded states to offset China’s growing power. This harks back to a time when US allies didn’t talk about strategic autonomy; to a time when circumstances forced unity of purpose and subordination to the collective good.

The European members of NATO are concerned about China’s growing global influence, and its domestic human rights policies, but they do not see it as an imminent military threat. For the Europeans, relations with China and the US are a balancing act. Europe’s prosperity is tied to both, but its strategic interests lie in North Africa, the Sahel, the Middle East, Eastern Europe, and the Eastern Mediterranean, and not in East Asia.

To please the Americans, they will make token gestures toward China as they need the security guarantee against Russia. However, their proximate areas are their main strategic concern. Russia’s recent actions in Eastern Europe and the Arctic serves to remind the Europeans of this.

Like the Europeans, the strategic and economic interests of Japan and Korea have bifurcated. They all have global economic interests, including indispensable economic relationships with China, but regional strategic priorities that dictate alliance with America. It is very difficult to envisage a situation where the Europeans would be willing or able to deploy substantial forces to a war in East Asia or the US’s East Asian allies would deploy forces to Europe’s defence.

China spends nearly three times as much on defence as Japan and South Korea combined. They are not ‘global’ powers. These so-called ‘cornerstone’ and ‘lynchpin’ alliances do not have global military significance. Japan and South Korea would each only have a marginal strategic influence in their immediate region. No matter how much the Biden Administration talks up these alliances, their military value to the US in a major war is limited and would probably be degraded early in a conflict.

Of course, the Biden Administration’s strategy encompasses more than military power, focussing in particular on challenging China’s model of state capitalism and one party government. The Administration’s new alliance focus is built around the idea of “revitalizing America’s network of alliances and partnerships”, and preparing “together for a long-term strategic competition with China” to defend “the global system Europe and the United States, together with our allies in the Indo-Pacific, worked so hard to build over the last 70 years”. Central to this is the imperative to “shape the rules that will govern the advance of technology and the norms of behavior in cyberspace, artificial intelligence, biotechnology”.

It remains to be seen if nations that compete fiercely with each other for global markets, and in particular for market share in China, will find the motivation to align their economic activities against China. Will nations jealous of their own technological achievements be willing to invest and work together on technological innovation? Or will those reliant to some degree on access to Chinese technology be prepared to ‘gang up’ on China?

Alliances are different to international partnerships of countries acting in tandem on economic challenges. Alliances are about war; preparing for, deterring, or fighting one. The enormous military power of America will continue to make alliances with it attractive. But the Europeans and East Asians will strive to balance their alliances with their economic entanglement with China.

America might find diplomatic support against China, but will in all likelihood find itself alone in a war with China in East Asia.

Image: US Secretary of Defense Lloyd Austin and then US President-elect Joe Biden