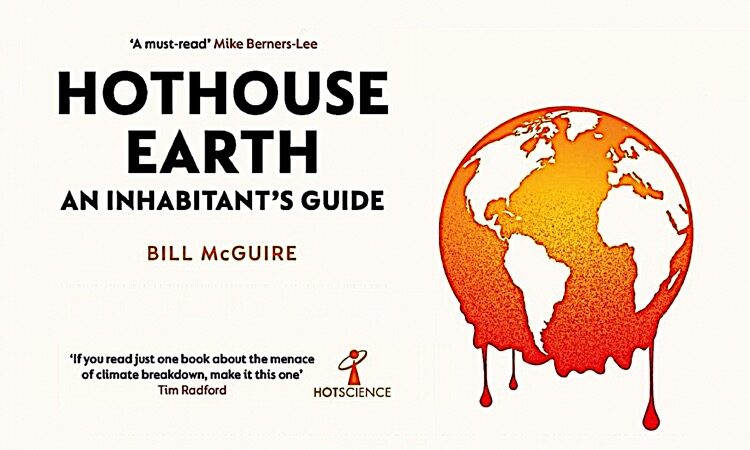 In a new book, Hothouse Earth, Bill McGuire depicts “the coming climatic catastrophe” and argues “that there is now no chance of us avoiding a perilous, all-pervasive climate breakdown”.

It’s not the first time reputable scholars have warned of the dramatic and uncertain consequences of reaching climate system tipping points. History demonstrates, however, that the hard science will continue to be ignored by policy-makers.

Policy didn’t fail for more than fifty years because the climate change science was so recondite or the evidence deeply hidden in the scientific literature. By the mid-1970s the publicly available research had accumulated to the point that climate change was clearly a very significant public policy issue. But also present were intimations of the future dereliction. Allen Hammond warned in 1976 that scientists were “trying to convey their message to the federal-policy makers, however, those concerned with climate have had little apparent success”.

Encouragingly, the 1978 US National Climate Program Act created “a national climate program that will assist the Nation and the world to understand and respond to natural and man-induced climate processes, and their implications” and “contribute to the soundness of policy decisions”. It was to little effect.

A 1978 article in Foreign Affairs reported, “If the geophysical assumptions are correct, the process of climatic change due to industrialisation is probably almost irreversible: the only practical strategy is adjustment [adaptation]”. In 1983 a US Environmental Protection Agency study concluded that “significant global warming throughout the next century is likely and that fossil fuel policies designed to slow the rate of warming will not be effective until 2050 or later.”

David Rind’s 1984 piece titled “Global Climate in the 21st Century” predicted “The climate during the next century will likely be substantially different from that to which we have been accustomed, and mankind will need to adjust in a variety of ways”. Harvard economist Thomas C. Schelling recognised in 1984 that “Burning such fossil fuels as oil, coal, and gas, would trap heat in the Earth’s atmosphere and raise the global temperature” Even then Schelling was “sceptical of efforts to curb the world’s CO2 output”.

Gilbert F White observed in 1985 that it had become “evident that industrial and agricultural practice had resulted in a 10 percent increase in atmospheric CO2 in 25 years”. That year Sherwood Idso observed some scientists thought that the greenhouse benefits might outweigh the disadvantages, but he emphasised a 1979 study by the US National Research Council (NRC) that “concluded from a review of several numerical modelling studies…that a 300 to 600 ppm doubling of the atmospheric CO2 concentration would lead to a 3 +/- 1.5 degrees increase in mean global air temperature”.

Idso also referenced earlier studies that predicted “the warming in polar regions would be several times greater than the Earth as a whole, and that great quantities of ice would consequently melt, raising sea-levels and flooding coastal lowlands”. The studies indicated “agricultural conditions will be significantly altered, environmental and economic systems potentially disrupted, and political institutions stressed”.

The International Panel on Climate Change’s (IPCC) first session took place in Geneva in 1988. Yet, by 1990, roughly a year after the UN General Assembly endorsed the establishment of the IPCC, many observers were pessimistic about the international community’s ability to address the problem of climate change, because of its long term nature.

It was the major democracies that dominated the international environment when there was a chance to address the climate crisis in a timely manner. From the dissolution of the Soviet Union in 1991 until 2006, when China overtook it, the US was the largest emitter of greenhouse gases (GHG) with EU second. In this time the US and the EU combined pumped 150 billion tons of CO2 into the atmosphere, nearly two-and-a-half times that of China.

For 15 years, as the scientific evidence became overwhelming, the liberal democracies dominated world trade and economy. In 1991 the US’s GDP alone was 16 times that of China and across the period the US out produced China by a factor of eight. Democracies, especially America, had the leverage to bring nations together in a collective effort to find a just, equitable, and effective response to climate change; to build the institutions and promote the technologies required. The world got half-a-century of procrastination, avoidance, and denial!

While the biggest growth in GHG emissions this century has been in China and India, the attempts at a reduction in emissions by America and the EU since 1970 have been negligible in terms of halting or reversing the impacts of global warming. Since 1990 global “annual anthropogenic GHG emissions increased by 59%” and “Based on current trends, global energy-related CO2 emissions are anticipated to increase by 22% from 2018 to 2050”.

The current weak and dismal efforts, including by the new Labor government, are no-brainers that really don’t amount to much more than virtue signalling. A political sideshow. Australia’s relative contribution to global emissions is around one percent.

The UN Secretary General António Guterres summed up the position nicely. The world is speeding toward disastrous global warming of more than double the limit of 1.5 degrees Celsius by 2100” and “high-emitting governments and corporations are not just turning a blind eye; they are adding fuel to the flames by continuing to invest in climate-choking industries”.

What’s so hard? Every additional amount of GHG added will magnify disproportionately future extreme climate events, and perhaps exponentially. The imperative is to reduce global emissions to zero as quickly as possible, and treat adaptation as the national priority.

Australia’s major contribution can only be by example; making the hard, transformative, potentially politically unpalatable, decisions that will address Australia’s emissions and adaptation. And to tirelessly, and even annoyingly, push the major emitters in the same direction.

The bookmakers will give good odds that no policy changes will happen after publication of the IPCC’s next science-rich report in September. Just some more uncomfortable science; briefly to be reported on as new news then only to fade. Australia like other states will persist with posturing and performative art on climate policies. Debates over who has the biggest percentage reduction of globally irrelevant emissions in their policies is pointless. They are more about positioning Labor left of the LNP and right of the Greens; the science is ignored.

Australia could set a target for all fossil fuel driven vehicles to be banned by 2030 while ensuring affordable electric/hydrogen vehicles are available and practical. All energy generation could be mandated to be renewable by 2030, with policy initiatives to foster the transition to solar, wind, and hydrogen generation prioritised. National building codes reformed by 2030 to enforce carbon neutral domestic and industrial construction. An uncompromising concerted national effort to drive transformation in all domains. Not politically driven percentages, but a serious attempt to get close to zero emissions by 2030.

Fear of electoral pain seems to drive democratic politicians, but the time to act for the good of the nation and the world, and take political risks which may even be illusory, is now.