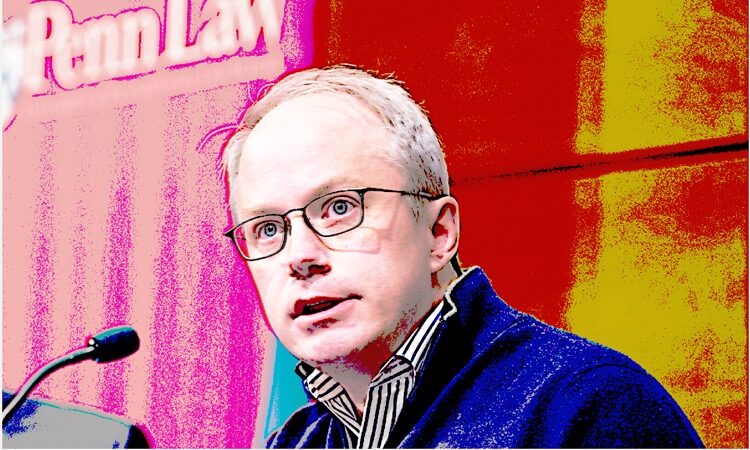 Australians see American politics as a traditional electoral contest between Democrats and Republicans, or progressives and conservatives. However, a more illiberal, intolerant, and authoritarian political faction is being forged and its presence is being felt in mainstream American politics.

Authoritarianism abroad or populism at home won’t cause an American political transformation. A disinterested population unwilling to defend the existing conventions and institutions, and which no longer has “Respect for constitutional norms … essential to the integrity and effectiveness of constitutional democracies”, might.

Small fanatical cadres with a radical program for doing politics differently can capture the state when existing political and social structures are fracturing. Incautious traditional elites often will nurture the new groups. Americans might be arriving at a juncture where they are prepared to give a chance to a radical political alternative.

The National Conservatives (NatCons) organisation is a focal point of the new political movement. The attendees at the 2022 NatCons conference in Orlando were of disparate ages and backgrounds but heavily weighted toward younger college-educated professionals on promising career paths. David Brooks, Kathryn Joyce, and James Pogue have reported on this event. Despite sitting at different points on the political spectrum, they each paint a disturbing profile of the group that is coalescing around a set of illiberal and authoritarian ideas promulgated by diverse writers, bloggers, politicians, and academics, as well as by the powerful people who fund their activities.

Brooks observes “the disconcerting reality is that America’s rarified NatCon World is just one piece of a larger illiberal populist revolt that is strong and rising”.  Pogue writes of a “whole range of people who want to push the American right in a more economically populist, culturally conservative, assertively nationalist direction”. For Pogue, the NatCon types are joined in “a project to overthrow the thrust of progress, at least such as liberals understand the word”. Joyce notes the consensus at NatCon was that “the old Reaganite coalition uniting religious conservatives, anti-Communists, and free-market libertarians is over, and some new shared vision must take its place”.

The usual suspects – Senators Hawley, Rubio, and Cruz, and Governor DeSantis – spoke at the conference. J. D. Vance, the senator-elect from Ohio and a close associate of billionaire Peter Theil who funded the conference, was in attendance. Pogue quotes Vance as having previously declared that America is “in a late republican period.”

The failed Trump-anointed 2022 Arizona Senate candidate Blake Masters, an associate of Theil and Vance, has said that the “individualist liberal ideology, increasingly bureaucratic governments, and big tech are all combining into a world that is at once tyrannical, chaotic, and devoid of the systems of value and morality that give human life richness and meaning”, that is, a “dystopian hell-world.”

A DeSantis presidency could promote these ideas and worse. Or even a successful bid by Senator Tim Scott. In Scott’s mind “Joe Biden’s radical Democrats are trying to permanently transform what it means to be an American”. He asserts that “Joe Biden and Kamala Harris want a cultural revolution” to bring about “a socialist utopia”.

Trump appointed Supreme Court Justices were originalists and believed the meaning of the words in the Constitution were fixed at the time of its drafting. They have advanced conservative causes like overturning Roe v Wade. However, the achievements of originalism have deeply disappointed the NatCon crowd, and support for a new judicial approach is growing among them; common good constitutionalism. This is a concern, because as Michael Smith points out “judges who want to appeal to future Republican administrations may use common good constitutionalism to signal their conservative bona fides”.

The foremost proponent of the new legal theory, Adrian Vermeule of Harvard University Law School, also spoke at the NatCon conference. Vermeule wants to replace originalism with a legal theory that embraces “the principles that government helps direct persons, associations, and society generally, towards the common good, and that strong rule [is] in the interest of attaining the common good”.

This means “the written Constitution” should be read with reference to “the principles of respect for authority of rule and of rulers, the hierarchies needed for society to function, and a “candid willingness to ‘legislate morality’”. Common good constitutionalism is intended “to ensure that the ruler has the power to rule well”. Vermeule’s approach “will favour a powerful presidency ruling over a powerful bureaucracy”.

Vermeule’s theory draws on an overtly Catholic christian literature, which is, as Joyce points out, a strong element in the NatCon project overall. Its proponents argue for dominance in the public square of “cultural Christianity”, an ambition that has brought them to admire and engage with elites in Orban’s Hungary and the Law and Justice Party’s Poland. She also details some of the mounting literature inspiring the NatCons, including Yoram Hazony’s The Virtue of Nationalism, Patrick Deneen’s Why Liberalism Failed and R.R. Reno’s Return of the Strong Gods.

The NatCon project is not being pursued out of public view or in the conspiratorial fringes of the internet. Sympathisers with these illiberal, anti-democratic, authoritarian ideas are already in positions of power and they might fill the presidency in 2024. Australian observers, commentators, and policy-makers need to lift the comfortable ‘shared-values’ veil from their eyes and watch this movement closely. Domestic developments in America will not stay there and America’s foreign policy basics could undergo a major change.

If adherents of the NatCon ideology rose to a level of dominance in American policy-making the prospects for new alignments or alliances in international relations could follow. On many issues – such as abortion, LGBTQ+ rights, separation of church and state, free press, and individual rights, and the liberal agenda generally – an America in the hands of a radical president might be fundamentally at odds with Australia.