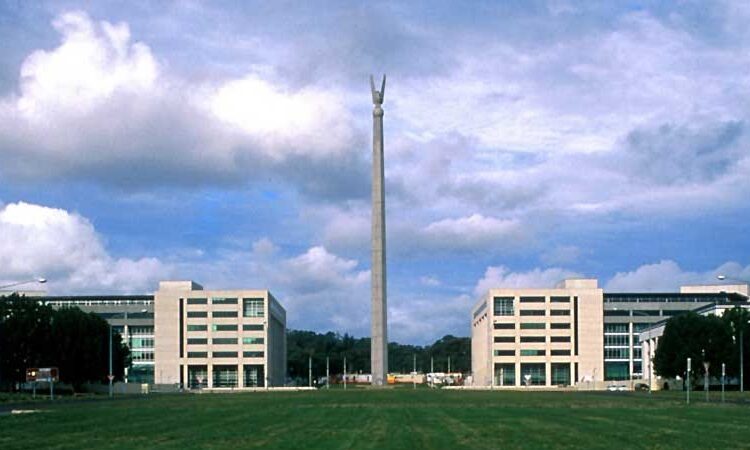 When critiquing government’s strategic policy, the ‘things were better in my day’ syndrome needs to be avoided. That these decisions and the supporting background strategic analysis and assessments are always hidden from wider view by secrecy classifications and need-to-know protocols must be accepted as must the reality that pragmatic consideration will be given to other important matters like alliance and industry policy. Still, how did SEA1000 happen?

Capability development is considerably more difficult than twenty-five years ago, when there was no credible direct military threat to Australia. Before China emerged, Defence went through intellectual somersaults to justify funding; positing assaults from the archipelago to the North and employing rhetorical flourishes like ‘warning time’ and ‘capability gap’. These ploys all worked because Australia does need a capable Defence force and governments recognised their obligation to reassure Australians they were safe. Today they are redundant.

Today, great power war is a possibility. The impact on the security of Australians could be substantial. Conflict involving the US and China, or between Russia and Europe/NATO, would have devastating economic consequences for Australia and disrupt the global power balance in unpredictable ways. Although nothing is inevitable, defence planning is all about risk management. The higher stakes make the need to get strategic policy decisions right greater now.

The strategic risks, future uncertainty, and shaping the options for Australia give advisers an unenviable task. Advances in military technology are accelerating. In tandem acquisition lead times for technologically advanced platforms are increasing. Integrating advanced weapons and command and control systems are more challenging as is upgrading them constantly to remain ahead of countermeasures. Smarter, cheaper alternatives are also always appearing. Force developers are always gambling on the nature of future warfare, and the geostrategic and tactical environment the new capability will encounter.

The astronomical and creeping cost of the Future Submarines will squeeze other capabilities out of the investment program and impose further opportunity costs. How security is affected by foregone capabilities is important in Defence decisions. Defence policy advisers have an obligation to make clear the impacts of an acquisition on other capabilities and to expose the pros and cons of mature or nascent technologies that could perform the same functions more effectively or efficiently.

There is little equivalence between advising on strategic and defence policy today in comparison with the 1990s. Where there is alignment is in the duty placed on advisors to present all the options and all the arguments to government. Officials from other relevant departments need to review critically and evaluate to propositions for investment put forward by Defence. And therein lies the problem. Defence is a highly specialised domain.

The 2016 White Paper provided the public justification for SEA1000, such as it is. It was more a statement than an argument and one anchored firmly in today’s technology and geopolitics. There is no robust explanation offered of the selection of this option that might be expected when contemplating a project of this magnitude. The future submarines are expected to operate throughout the second half of the twenty-first century. Yet, the possibility of technological or geostrategic disruption or discontinuity is ignored. Why?

The White Paper states the twelve future submarines must be highly interoperable with the United States and provide surveillance and protection of Australia’s maritime approaches. They will be ‘an effective deterrent’, through their contribution to anti-submarine and anti-surface warfare operations, undertake intelligence, surveillance and reconnaissance (ISR); and support to special operations; giving Australia ‘the capacity to defend and further our interests from the Pacific to the Indian Oceans and from the areas to our north to the Southern Ocean’. Why submarines are the best option for these roles beyond 2050 is assumed to be self-evident.

The assumptions here are brave; interoperability with the US will remain the priority, there will be enough submarines available when needed, and advances in ISR technology and anti-submarine warfare won’t make submarines both obsolete and vulnerable. A seemingly unexamined $80 billion gamble.

The government also intends to have submarines forever. The White Paper says, ‘Australia will need to be planning the follow-on submarine well before the last new submarine enters service’. That statement needs to be digested slowly. This is not a strategic capability development. It’s a platform replacement policy. This is an important clue to how the SEA1000 decision was made.

Something that doesn’t seem to have changed is the replacement mentality in the ADF. This propensity once muted by the contestability within Defence where the military were the proposers of capability projects and knowledgeable civilian analysts the reviewers. As Hugh White has noted ‘the armed services inevitably have strong preferences’ that have ‘little or nothing to do with Australia’s strategic needs’. Their expertise with and preference for existing in-service capabilities such as submarines can distort strategic priorities. It can mean being stuck with dangerous obsolescence.

But that alone doesn’t make this decision explicable. Over the decades since the Tange Review the continuous evolution of the Defence Organisation has seen the relativities between the Secretary and the CDF change in favour of the latter. A positive development for the effectiveness of the ADF, a clear chain of command is essential, but a setback for good policymaking. This shift in power has been enhanced by government’s increasing reliance on the ADF as the War on Terror has stretched out.

The actual decision process around the submarines decision is invisible. From outside it appears that in this age of obsession with national security the position of CDF has additionally accrued immense weight in Cabinet considerations. Open ADF support for the government’s alliance policies has become important. Governments seem to be entranced by and overly respectful toward the military. No-one wants to be weak on national security.

The prudential critique of major capability development focussing on the military tasks, current and future potential threats, and encompassing the risks and opportunity costs—once normal in such decisions—is not evident here. To the external observer it seems the Navy wanted more submarines, the CDF proposed the plan, and government acquiesced.