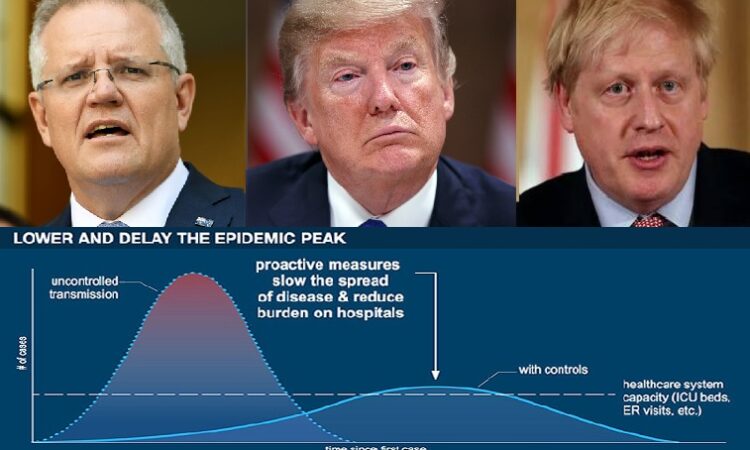 Writing in The Guardian, George Monbiot sees some common threads in the approaches to COVID-19 of the UK, US and Australian governments.

The worst possible people are in charge at the worst possible time. In the UK, the US and Australia, the politics of the governing parties have been built on the dismissal and denial of risk. Just as these politics have delayed the necessary responses to climate breakdown, ecological collapse, air and water pollution, obesity and consumer debt, so they appear to have delayed the effective containment of Covid-19.

In this article he notes that over the past 20 years, certain powerful but mostly hidden interests have re-shaped public policy in these three nations, with the purpose of rendering governments less willing and able to respond to public health and environmental crises. These interests refined the justifying ideology for fragmenting and privatising public services, shrinking the state and crippling its ability to govern.

The theory on which this form of government is founded can seem plausible and logically consistent. Then reality hits, and we find ourselves in the worst place from which to respond to crisis, with governments that have an ingrained disregard for public safety and a reflexive resort to denial… It is what we see today, as the Trump, Johnson and Morrison governments flounder in the face of this pandemic. They are called upon to govern, but they know only that government is the enemy.