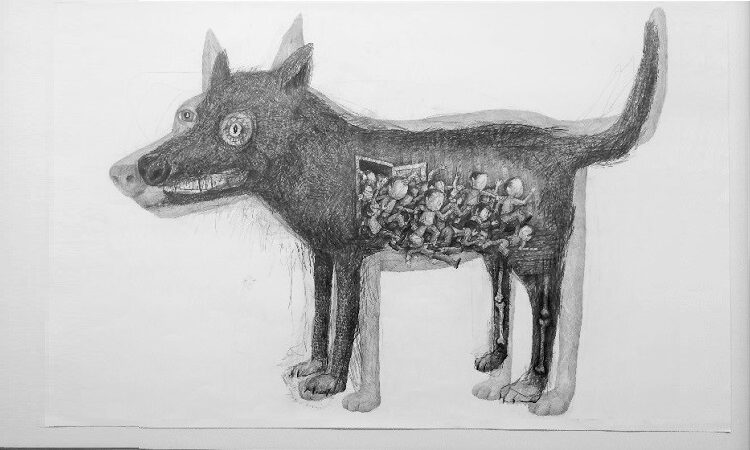 A think tank’s reputation for sound analysis and practical policy recommendations is crucial. Why then have two senior analysts of the Australian Strategic Policy Institute (ASPI) recently published pieces that arguably put its reputation at risk?

Michael Shoebridge’s homage to the US has been addressed previously in Pearls and Irritations. He subsequently published a more concerning piece for such a well credentialed strategic policy analyst. In this second effort, Shoebridge’s analysis and policy prescriptions were decidedly odd.

Apparently, both the US and Australia have been so badly affected by the COVID-19 pandemic that it is threatening the readiness and ability of our militaries ‘to operate’. Shoebridge asserts that American and Australian military capability is a ‘powerful factor in keeping the peace in these dangerous times, notably in North Asia’. Therefore, he concludes, the pandemic is a ‘direct threat to global security’.

Shoebridge’s policy recommendations to address this are impractical and baffling. The Prime Minister should invoke ANZUS. ‘ANZUS can be the vehicle that maximises our nations’ cooperation for our mutual benefit’, he says, which will ‘result in the entire Australian system working jointly with that of our American counterparts to defeat the pandemic in both of our countries’. Australia’s national cabinet should then seek ‘a virtual meeting with President Donald Trump and his National Security Council’.

There are three things to note from Shoebridge’s pieces, aside from the strained analysis and exaggerations. He tries to manufacture a sense of a crisis in Northeast Asia, misrepresents the nature of the ANZUS treaty, and offers a totally unrealistic assessment of the US Administration’s preoccupations at present. Someone with Shoebridge’s experience and ability should be conscious of these analytical shortcomings.

The theme of a crisis in Northeast Asia is continued in a piece by Peter Jennings. He warns that, ‘geopolitics is thriving and sprinting towards a potential crisis at the end of this year or early in 2021’. The Chinese regime’s ‘strategy during the crisis has been to extract maximum advantage for itself at the expense of every other country’, he writes. China is only trying ‘to position itself as the saviour of much of the world, [by] sending medical equipment and doctors’. Thus enabling the Chinese to claim ‘that authoritarianism is doing a better job of beating the virus than Western democracy’.

While China is undeniably intent on managing its image during the pandemic, that the so called ‘West’ has created the space for China, and Russia, to step in is overlooked. As is the spectacle of democratic nations hijacking, or refusing to share vital medical supplies, with friends and allies, or to provide adequate assistance to the worst hit European states.

‘[President] Xi’s personal leadership and the CCP’s credibility’ are both threatened, in Jennings’ analysis, by Taiwan’s success in managing the pandemic. Jennings attributes Taiwan’s performance to it being a ‘liberal democracy’. However, Taiwan, along with Singapore, owes more of its success to learning from previous pandemics than to its political system.

A collection of ordinary and unrelated events—military exercises off Taiwan, a collision between Chinese and Japanese vessels, an intrusion into Korean airspace, and the presence of a Chinese aircraft carrier in the South China Sea—are seen by Jennings as evidence of ramped up Chinese aggression and ‘a show of strength’. On this flimsy basis Jennings anticipates an opportunistic President Xi seizing ‘a strategic advantage while the US remains dangerously incapacitated’. He expects that China will ‘blockade the Taiwan Strait and economically squeeze Taipei’.

Like Shoebridge, Jennings exaggerates the impact on the US Navy of the virus, and proposes highly unrealistic responses to this supposed ‘crisis’. The Australian government should: contact the leaders of the US, Japan, Indonesia and the UK, plus ‘any other national leader who is willing to join a coordinated push-back against Chinese military opportunism’; place the ADF on the highest level of readiness; boost defence spending to around 3.2 percent of GDP; and prepare a new Defence White paper. As with Shoebridge, Jennings insists Australia must assert responsibility for the security of Northeast Asia.

If anything, Jennings’ record in developing strategic policy is more impressive than Shoebridge’s. Curiously, their analyses in these pieces seem choreographed. They offer unrealistic views of potential US responses to pre-emptive Australian actions, and dismiss any possibility of humanitarian motives on the part of China, always seeing only malign opportunism. They both attempt to whip up a sense of imminent crisis.

There is no question that China’s stated ambition is to regain control in the long term over what it regards as Chinese territory in Taiwan. The strategic competition between China and the US will undoubtedly persist beyond the pandemic. However, Shoebridge and Jennings provide simplistic and blinkered analyses of the situation in North Asia. They overlook the complexity of the geopolitical and geostrategic factors involved, the domestic economic, social and political imperatives of all states post-COVID-19, and offer up just one possible future scenario as probable.

ASPI’s anti-China position has been recognised, and to be ill-disposed towards what is an illiberal and autocratic regime is not unusual among strategic commentators. To take the stance that Australia’s security is best safeguarded by a close and deferential alliance with the US also is not uncommon. Similarly, it is not irrational to be concerned about the strategic competition in Northeast Asia. But why two prominent members of ASPI would go to such lengths to generate a dubious sense of imminent crisis is an unknown.

Speculation might point to the strategic review currently underway in Defence. ASPI might hope to influence the review, to push it to recommend increases in defence spending and even greater interoperability with the US, by heightening the sense of imminent risk in Northeast Asia. These are long standing agenda items for Jennings and matters of interest to ASPI’s sponsors.

Whatever their motivation, Jennings and Shoebridge run the risk of damaging the credibility and reputation of ASPI.