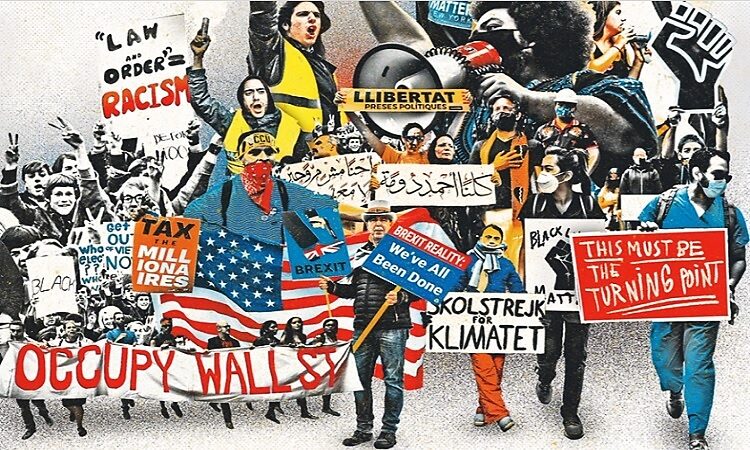 “The coronavirus pandemic won’t automatically lead to reforms. Great upheavals only bring systemic change when reformers have a plan—and the power to implement it.“

In this essay, Sheri Berman analyses historical crises and suggests why in some cases they failed to produce transformational change – and why in other situations, such as post-1945, transformations are able to be achieved when there is a widespread, supranational consensus on what needs to be done, and the collective will to take extraordinary steps to change political and economic dynamics.

Berman also reflects on why one set of ideas can predominate when the opportunity for transformation presents itself, such as occurred with neoliberal ideas in the 1970s.

Berman’s essay has a US focus and deals with the potential for systemic change to follow the coronavirus pandemic crisis, but more broadly the analysis may also help in understanding why the global warming crisis is failing to produce transformative change on the scale that is needed.

Excerpts from the essay

The assumption that the crisis and the radical measures undertaken in response to it will shape the world for years to come or forever alter the world order, as Yuval Noah Harari and Henry Kissinger respectively put it, has become commonplace… many hope—or believe—that the crisis and the responses to it will enable governments to deal with many long-standing problems, from climate change to inequality.

Will the current crisis and the responses to it fundamentally transform economies, governments, societies, and the the relationship among them? Is the world, as many believe or hope, at a turning point in history?

History teaches us that new ideas and the mobilization of discontent are necessary but not sufficient to trigger transformation. Ideas need to be forged into coherent critiques of the old order as well as attractive, viable plans for a new one. And advocates of change need to unite around such plans to help protect against infighting, the dissipation of discontent, and pushback from defenders of the status quo. Only then can they gain and maintain the power necessary to implement plans for long-term change.

… [A]fter 1945 a progressive transformation occurred across Western Europe. The tragedy of the interwar years and the Great Depression led to a unified belief on both sides of the Atlantic that a new order capable of ensuring economic prosperity and social stability was necessary for democracy to succeed in Europe. This consensus led to extraordinary efforts to change political and economic dynamics at the international, regional, and domestic levels.

Despite the extraordinary nature of the current crisis and the widespread initial acceptance of extraordinary policies in response to it, a similar pushback by supporters of the status quo has already begun.

Whether this will be an “FDR moment”… depends on ensuring that the right political conditions are in place: It was Franklin D. Roosevelt’s ability to rally voters and his party behind plans to dramatically reshape the relationship between the economy, government, and citizens as much as the widespread suffering and discontent with capitalism generated by the Great Depression that made the New Deal possible.

Whether… this period becomes a historical turning point… will depend on whether those favoring transformation are able to avoid the mistakes made by their predecessors in 1848, the 1930s, and 2008 and are able to unite around convincing critiques of the old order and plans for a new one as well as turn widespread discontent into a powerful coalition in favor of transformative change.

Sheri Berman is a professor of political science at Barnard College, Columbia University, the author of Democracy and Dictatorship in Europe: From the Ancién Regime to the Present Day, and a columnist at Foreign Policy.