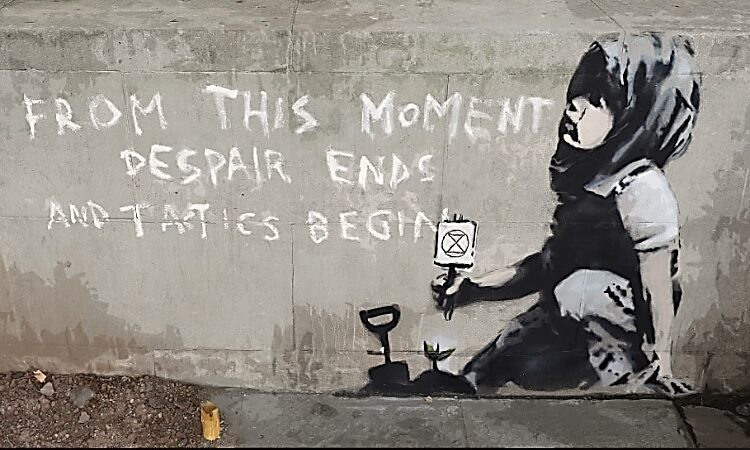 Time again for Australia’s political leaders to ignore the regular cycle of reports that highlight the failure to deal with the coming climate disaster. The pandemic might provide a “look over there” opportunity to distract citizens, but the recent climate publications warrant close attention.

The most recent document is United in Science 2020, a “high-level compilation of the latest climate science information” from the World Meteorological Organisation (WMO), the UN Environment Program,  the Global Carbon Project (GCP), the Intergovernmental Panel on Climate Change (IPCC), UNESCO’s the Intergovernmental Oceanographic Commission (ICO), and the UK Met Office. A relatively short and accessible overview of the state-of-play, intended, optimistically, to “provide a robust, authoritative scientific evidence base for decision-makers around the world”.

The report’s unsurprising news is that in 2019 and in 2020 carbon dioxide, methane, and nitrous oxide emissions continued to rise, reaching a new high in 2019. The pandemic economic downturn has produced only a small, temporary slowdown in the rate of increase of greenhouse gases (GHG) going into the atmosphere.

Even less cheery is the fact that “Current emissions of both CO2 and CH4 are not compatible with emissions pathways consistent with limiting global warming at 1.5°C, or well below 2°C above pre-industrial levels, the goal of the Paris Agreement”.  In fact, it is predicted that there is around a 20% chance of “annual global mean near surface temperature temporarily exceeding 1.5°C above the 1850–1900 pre-industrial level” before 2024.

The report has a refrain familiar from earlier reports, but exhibits a bit more urgency. It is restrained in describing as “sobering” the fact that “global GHG emissions have continued to increase, and the emissions gap is larger than ever”. It is estimated that the decline in emissions for 2020 will be “in the range of 4% to 7% compared to 2019 levels.” And this is “similar in magnitude to the year-on-year emissions reduction needed to limit global warming to 1.5oC, and well below 2oC, in line with the objectives of the Paris Agreement”. To achieve the Paris targets, emissions would actually have to fall by approximately 3% year-on-year, or on average by more than 7% per year. In other words, this would mean the equivalent of a pandemic every year. However you look at it, that would represent a sudden and dramatic reversal in the current trend.

The WMO’s Statement on the State of the Global Climate in 2019 provides a more specific account of the current and emerging climate risks and impacts in the areas of health, food security, population displacement, and marine life and biodiversity. The report demonstrates “that climate change is already very visible in various ways”.

None of this is a revelation to anyone following climate issues. However, what continues to amaze is the apparent repeated inability of this alarming information to have an impact on policy makers. It appears that the annual average temperatures for Australia, and much of the rest of the world, for the five-year period 2016-2020 will be the hottest on record. Moreover, not only will 2020–2024 be even hotter, it is expected Australia is “likely to be dryer than the recent past”. That should, in any sane world, elicit a strong policy response.

It’s not just the scientists who are issuing warnings. The  World Economic Forum’s Global Risks Report 2020 reports that respondents to its Global Risks Perception Survey ranked “climate change and related environmental issues as the top five risks in terms of likelihood—the first time in the survey’s history that one category has occupied all five of the top spots”. In addition, “climate action failure” emerged as having the highest expected risk impact.

Perhaps most startling is the report Managing Climate Risk in the US Financial System from the US Commodity Futures Trading Commission. This report found that climate change “could pose systemic risks to the US financial system”.

The report states “Climate change is already impacting or is anticipated to impact nearly every facet of the economy, including infrastructure, agriculture, residential and commercial property, as well as human health and labour productivity.” The Commission’s report declares that “if significant action is not taken to check rising global average temperatures, climate change impacts could impair the productive capacity of the economy and undermine its ability to generate employment, income, and opportunity”.

But it’s more the fact that the Commissioners are all appointees of the climate-sceptic Trump Administration, and not their unremarkable comments, that is of most import. When the first recommendation of a Trump-appointed Commission is that “The United States should establish a price on carbon”, and “It must be fair, economy-wide, and effective in reducing emissions consistent with the Paris Agreement”, even Australian politicians must feel the ground shifting under their feet.

But, hey, why would Australian governments rush into action? Why would they take seriously the transformation necessary for the effective mitigation of emissions? Or think they had an obligation to their citizens to begin the long, arduous, and costly process of adapting settlements, industries, agriculture, water resources, and government service delivery to meet the entirely predictable future?

There is no credible dissent over the reality of climate change, nor any real disputation about the scope of the threat it poses to human security and welfare. As important as these reports are, in one sense, they just keep saying the one important truth over and over again.  The time to act was yesterday!