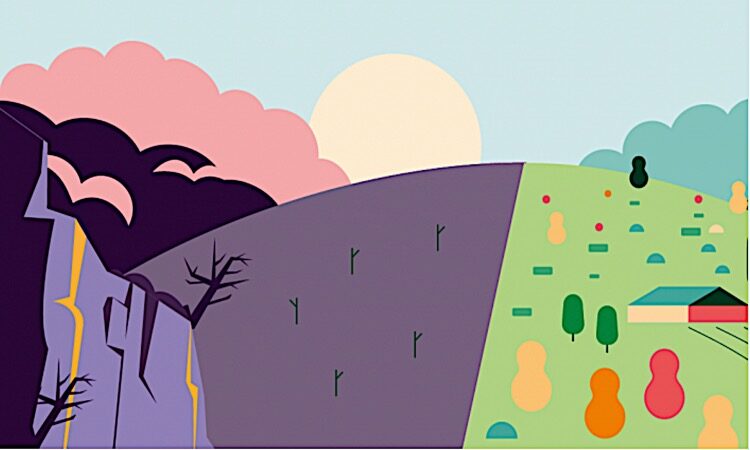 President Biden’s acknowledgement of the reality of climate change is important. The second biggest greenhouse gas (GHG) emitter is now back in the Paris Agreement, and will exercise its influence to try to bring down emissions across the globe. The President’s determination to shift science to the centre of climate policy is also welcome. But it is not enough to avoid harm from dangerous global warming.

America’s return to rationality and to scientific facts is an enormous relief after the retrograde climate policies of the Trump Administration. The US still must massively reduce its huge carbon footprint as quickly as possible if the harms inflicted on the next generations from global warming are to be minimised. But the new Administration gives hope where there was none.

That said, a program that “achieves a carbon pollution-free power sector by 2035 and puts the United States on an irreversible path to a net-zero economy by 2050” is probably ambitious given the complexity of politics, government, and the economy in America, and the limitations of federal power.

In a divided, partisan America, where views on matters like global warming are tribal, and many vested interests have little appetite for change, Biden’s program will undoubtedly encounter resistance. That the instruments Biden is employing to push his climate agenda are the same executive orders President Trump used to pull down President Obama’s climate and environment policies throws enormous doubt on the longevity and irreversibility of Biden’s program. To give his climate initiatives an anchor in legislation will be no easy task.

Even if Biden’s targets survive the alternating grip on national power between the Republican and Democratic parties, the US would still be putting sizeable amounts of GHG into the atmosphere past 2050. In 2018, twenty eight percent of GHG emissions came from transport and forty four percent from industry, commercial and residential, and agriculture. Biden’s initiatives in these areas are worthy of imitation by governments like Australia’s that have been recalcitrant about climate science. But the attainment of zero-emissions in the US or globally by 2050 is improbable.

Biden’s statement that the US will only be “on an irreversible path to a net-zero economy by 2050” is empty. Whatever it means, the US will still be emitting until 2050. Biden acknowledges that “both significant short-term global emission reductions and net zero global emissions by mid-century – or before – are required to avoid setting the world on a dangerous, potentially catastrophic, climate trajectory”. He must know that just reducing the rate of growth in emissions is not sufficient; and that the deep cuts in actual emissions that are required in the short term won’t eventuate.

The announcement, more encouragingly, does at least direct that a national emission reduction target consistent with the Paris Agreement obligations, and a climate finance plan, will be prepared. These will reveal more details about the Biden Administration’s policies.

Adaptation is an unavoidable requirement for governments, as emissions will not reduce enough in time to avoid dangerous global warming, and adaptation is not ignored in Biden’s approach. Across federal agencies, plans will be prepared to “to increase the resilience of…facilities and operations to the impacts of climate change”. In order to “facilitate public access to climate related information and assisting governments, communities, and businesses in preparing for and adapting to the impacts of climate change”, improved climate forecasting and reporting will be a priority. All good.

Of course, the US is much more than just the areas that come under federal management, and the document is largely quiet on the transformations required to prepare for the social, economic, environmental, and security disruptions and discontinuities that 3.0°C warming will bring about later in the century.

The UN Adaptation Gap Report 2020, released 14 January 2021, reiterated that “Based on current pledges under the Paris Agreement, the world is heading for at least a 3.0°C temperature rise this century”.  However, an analysis of recent adaptation actions across the globe showed “Only 3 per cent [of adaptation actions] reported evidence of real reductions in climate risks posed to the communities where the projects were being implemented”. Unfortunately the Report is not a list of achievements, but largely a collection of things that could and should be done. But as such it is a valuable resource for policymakers working on climate policy. It contains valuable guidance on possible approaches to planning and measuring adaptation, and the Biden Administration, and the Australian government, should pay attention.

It is simple. It will take a heroic, and unlikely, effort to avoid 3.0°C global warming within two generations. The risks are transnational and know no national borders. The effort to avoid the adverse outcomes must be vigorous and sustained. The precautionary principle would dictate that the prudent politician who was concerned about the future security and prosperity of the nation, and the globe, would apply herself to adaptation.