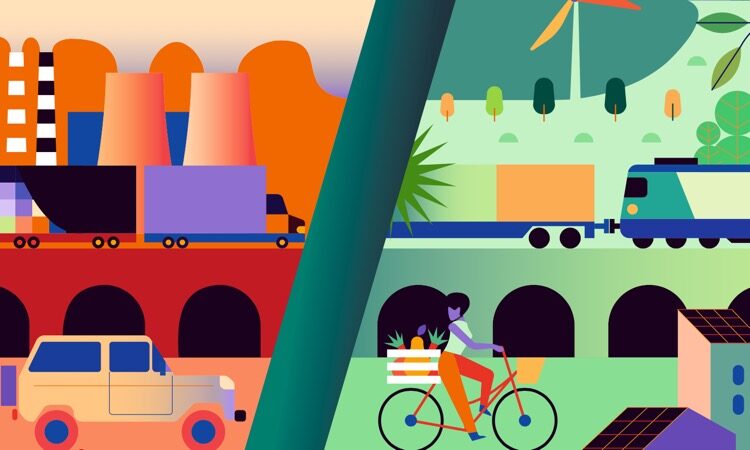 Three things are obvious. The collective emission reduction efforts of nations will not avoid 3oC global warming by the century’s end. Therefore, national adaptation actions will need to prepare for the worse than expected scale and impact from the effects of climate change. As a result, earlier ideological assumptions about governments will have to give way to policies that are interventionist and systemic.

The latest UN Emissions Gap Report, published in December 2020, estimates that “Overall, we are heading for a world that is 3.2oC warmer by the end of this century, even with full implementation of unconditional nationally determined contributions (NDCs) under the Paris Agreement”. This judgement is a game-changer!

The World Meteorological Organisation’s State of the Global Climate 2020 – Provisional Report observes that the temporary reduction in emissions in 2020 because of COVID-19 “is likely to lead to only a slight decrease in the annual growth rate of CO2 concentration in the atmosphere”. As Greenhouse gas (GHG) emissions continue to increase, there is a large gap between “planned fossil fuel production levels” and with keeping global warming below 2oC.

The International Panel on Climate Change’s 2018 report Global Warming of 1.5oC emphasised that that keeping global warming below 2oC was necessary to avoid many of the worst of its consequences. An indication that some important point has now been reached is that the IPCC didn’t even canvass a 3oC warmer future. It is necessary now to recognise the world is entering dangerous and unchartered waters. The UN Environment Program’s Emission Gap Report 2019 assessed that the least cost pathway to staying below 2oC required global emissions to be 55 per cent below those of 2018 by 2030. The impossibility of that happening is evident.

Despite these reports, states are not actually reducing emissions, and only planning to reduce the rate of emissions growth. Even if the world was on the necessary path to the radical transformations that would see an actual reduction, and then cessation, of emissions, the point where no additional GHGs are going into the atmosphere would be decades away.

In 2019, Australia’s GHG emissions were 16 tonnes of CO2 per person. This was the twelfth highest in the world, equal to that of the US, and greater than that of China, India, Japan and all of the European economies. On the most optimistic government scenario, this is planned only to reduce to approximately 14 tonnes per head by 2030. Not zero.

Australian governments are typical of most advanced economies that plan on simply slowing the rate of growth in, or marginally reducing, their country’s emissions. That means the amount of GHG emissions put in the atmosphere by Australia will continue to grow. If nothing else, the government’s reliance on natural gas “to reduce emissions without imposing new costs on households” will ensure this.

That Australia only aims at reducing the growth is evident from Australia’s National Hydrogen Strategy and the First Low Emissions Technology Statement – 2020. The Strategy makes clear that the States and the Federal government are targeting zero-emissions some time beyond 2050. Australia, according to the Statement, aims to build on its “existing role as a trusted exporter of energy, resources and agricultural products, and secure continued prosperity in a low emissions global economy”. That Australia will be “recognised as a global low emissions technology leader”, with an emphasis on enabling “the transition of key industries to net zero emissions, without weakening our economy”. A low emissions economy is still an emitting economy.

Adaptation to global warming takes on a whole new urgency and priority now. There are two time frames that need to be kept in mind. In the time available, the economic, social and behavioural transitions required to avoid 3oC warming are simply unachievable. Of course governments should do all in their power to continue reducing emissions, but it won’t be enough. However, the reforms that will deliver resilience, security and harm minimisation don’t have an end date, a deadline. They will be ongoing and not just for decades but probably centuries. Which leads to the third issue of how governments should respond.

The Emissions Gap Report 2020 notes “Reducing emissions through lifestyle changes requires changing both broader systemic conditions and individual actions”. Johanna Nalau of the National Climate Change Adaptation Facility has stressed that “adaptation is going to have to occur no matter what, given the massive changes already locked in to the climate system” and that “adaptation should be at the core of [government] policies”. She points out that Australia is required to produce a national adaptation strategy under the Paris Agreement.

It is difficult to understand why, in the face of the evidence of a growing and very serious threat to the health, well-being, welfare and security of their citizens, Australian governments don’t recognise the urgent need to address adaptation at integrated national, regional and local levels, and systematically.

Climate policy and action in Australia is shared between two agencies, the Department of Agriculture, Water and Environment and the Department Industry, Science, Energy, and Resources. Their websites and publications reveal little realisation of or commitment to the need for systemic adaptation. The government should, as a first step, centralise climate policy and programme design in the one agency. This is because it is essential to bring together in one agency the expertise and knowledge required for the massive task of adapting to a 3oC future.

Perhaps more fundamental is the need for governments to accept that they will have to intervene deeply in the economy, including in agriculture, urban settlement, water, energy, and conservation to lead, direct, facilitate, legislate, regulate, fund and support the many changes required. The nature of free-market capitalism, and the ever present demands of the profit and shareholder dividend cycle, means that without clear planning and firm direction the private sector will not respond quickly or effectively enough to adaptation.

It seems governments have been relying on hope for decades; the hope that someone else will fix the problem. The history of climate policy is a catalogue of missed opportunities. Now action cannot be avoided.

Image: Part of the cover of the UN Emissions Gap Report published December 2020