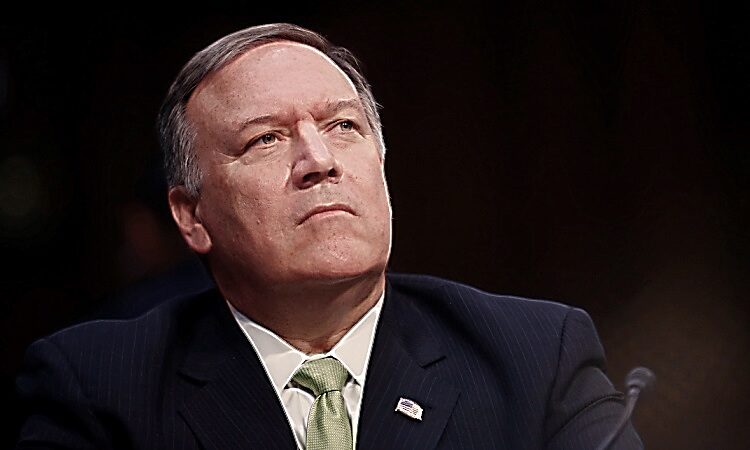 Even in what are almost certainly its last weeks, there is no sign yet that the Trump administration will lessen its efforts to make a lasting mark on relations between China and the US and its Asia-Pacific partners and allies.

On Monday 9 November, the United States imposed sanctions on four more Chinese officials in Hong Kong – the deputy director of the Hong Kong and Macau Affairs Office; the deputy commissioner of police in Hong Kong, and two officials at the newly established national security office. US Secretary of State Mike Pompeo said the sanctions were for their role in implementing Hong Kong’s new national security law. He said they would be barred from traveling to the United States, and any US-related assets would be blocked.

On Wednesday 11 November, China urged the US to stop increasing ties with Taiwan. Taiwan will send a small delegation to Washington, led by Deputy Minister of Economic Affairs Chen Chern-chy, its government said, for an inaugural meeting of the U.S.-Taiwan Economic Prosperity Partnership Dialogue on 20 November 2020. Taiwan has long sought a free trade agreement with the United States. Chinese Foreign Ministry spokesman Wang Wenbin said they opposed any official exchanges between Washington and Taipei. China urges the United States to “stop any kind of official exchanges or contacts with Taiwan and stop elevating substantive relations”, he added.

On Thursday 12 November, the Trump administration unveiled an executive order prohibiting U.S. investments in Chinese companies that Washington says are owned or controlled by the Chinese military. 31 Chinese companies were designated by the US Defense Department as backed by the Chinese military earlier this year. Starting from 11 January 2021, the order will prohibit purchases by US investors of the securities of those companies. Transactions made to divest ownership in the companies will be permitted until 11 November 2021.

Also on Thursday 12 November, US Secretary of State Mike Pompeo said on a U.S. radio interview that “Taiwan has not been a part of China”. He added, “That was recognised with the work that the Reagan administration did to lay out the policies that the United States has adhered to now for three-and-a-half decades.” Responding to Mr Pompeo’s comments, Chinese foreign ministry spokesman Wang Wenbin said Taiwan was an inalienable part of China and that Pompeo was further damaging Sino-US ties.

US urges Japan and South Korea to speak out on China

On Friday 13 November, Marc Knapper, deputy assistant secretary for Korea and Japan at the US State Department, speaking at an online event hosted by the Brookings Institution, urged Japan and South Korea to speak out against China’s treatment of minority Muslims and its actions toward Hong Kong and Taiwan. “It’s the responsibility of countries like the United States, countries like South Korea, countries like Japan, to accept the responsibility of speaking out on behalf of democracy, speaking out on behalf of freedom, because if we don’t, who will?” Mr Knapper is reported to have said. Japan and South Korea are set to join 13 other Asia Pacific economies this weekend in signing a China-backed Regional Comprehensive Economic Partnership (RCEP), which could become the world’s largest free trade agreement.

Also on Friday 13 November, the working week ended with China congratulating US President-elect Joe Biden. “We respect the choice of the American people. We extend congratulations to Mr. Biden and Ms. Harris,” foreign ministry spokesman Wang Wenbin said at a regular daily briefing. China had earlier indicated that it would wait until the election outcome was official before moving to congratulate the winner.