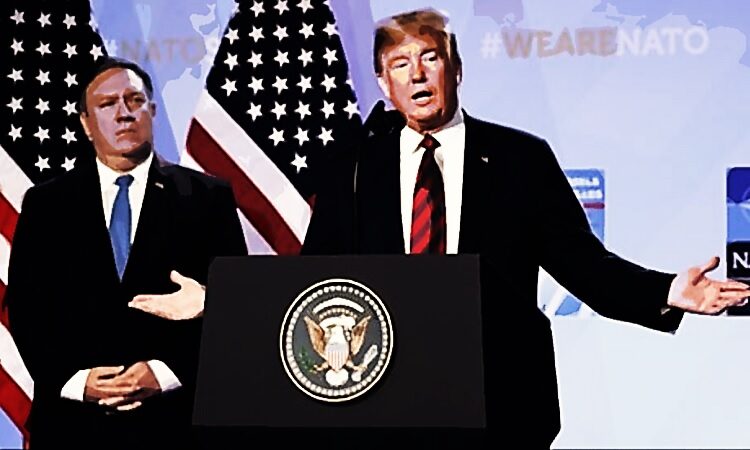 Pompeo says Europe, US need to work together to address Turkey

US Secretary of State Mike Pompeo, speaking during a visit to France on Monday 16 November 2020, is reported as saying that the US administration and Europe need to work jointly on addressing actions led by Turkey in the Middle East over the past few months.

Mr Pompeo said that he and France’s President Emmanuel Macron “agree that Turkey’s recent actions have been very aggressive,” citing Turkey’s recent support to Azerbaijan in the Nagorno-Karabakh conflict with Armenia as well as military moves in Libya and the Mediterranean.

“Europe and the U.S. must work together to convince Erdogan such actions are not in the interest of his people,” Pompeo said, referring to Turkish President Tayyip Erdogan. Mr Pompeo said increased use of Turkey’s military capability was a concern, but he did not say whether the country, which hosts U.S. military forces at its Incirlik Air Base, should stay in or quit the North Atlantic Alliance.

Mr Pompeo continued on his seven-country overseas trip, arriving in Istanbul on Monday night. Last week, the State Department announced: “Following Paris, Secretary Pompeo will travel to Istanbul, Turkey to meet with His All Holiness the Ecumenical Patriarch of Constantinople, Bartholomew I, to discuss religious issues in Turkey and the region, and to promote our strong stance on religious freedom around the world.”

Associated Press reported that Turkey took offense at a U.S. statement that said Secretary of State Mike Pompeo would promote religious freedom during an upcoming visit to Istanbul and called on Washington to focus on racism and hate crimes in the United States instead. Mr Pompeo’s visit to Istanbul will not include any meetings with Turkish officials.

While in Paris, Mr Pompeo is also reported as saying that the US administration had still work to do to maintain pressure on Iran.

Meanwhile in Washington, Reuters reported on 16 November 2020 that US President Donald Trump had asked for options on attacking Iran’s main nuclear site, but ultimately decided against taking the dramatic step.

President Trump made the request during a meeting on Thursday, 12 November 2020 with his top national security aides, including Vice President Mike Pence, his new Acting Defense Secretary Christopher Miller, and General Mark Milley, chairman of the Joint Chiefs of Staff, the official said.

A US official confirmed the account of the meeting in The New York Times, which reported that the advisers persuaded Trump not to go ahead with a strike because of the risk of a broader conflict.