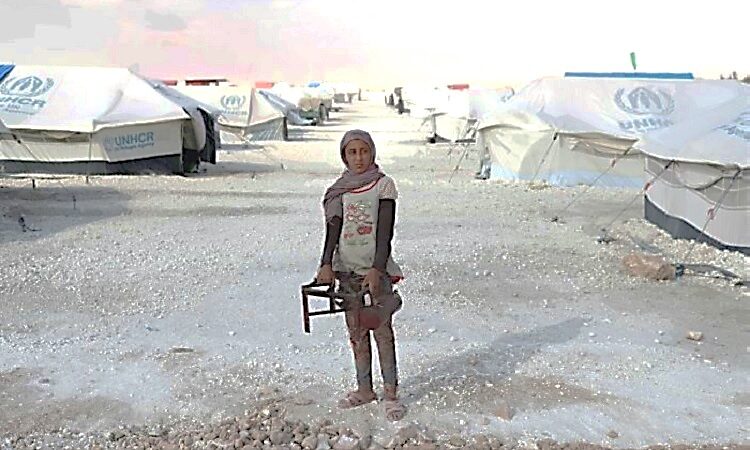 The guilt or innocence of the accused servicemen from Australia’s Special Operations Task Group in Afghanistan will be addressed in the appropriate tribunals. But the servicemen were operating in a bigger context. The alleged crimes are repugnant to the public’s general moral sensibility, but they are inseparable from the general war enterprise.

For moral certainty, war is the solvent. At every level, the war enterprise involves confronting irreconcilable values, incommensurable ethics, and irresolvable dilemmas. The Australian soldiers in question may have failed miserably in the face of their moral challenges, but across the war enterprise morality is commonly disregarded, ignored, or dismissed – until it is no longer possible to do so, then these moral quandaries are inevitably sidestepped.

During their joint press conference Prime Minister Morrison and Defence Minister Reynolds traversed the difficult terrain supporting justice and trying to distance the broader ADF from the taint of the alleged war crimes.  Setting up an “independent Oversight Panel to provide oversight and assurance of Defence’s broader response to the Inquiry relating to cultural, organisational and leadership change” is a practical step in this. But it has to be remembered that the ADF is a military organisation and its primary purpose, and therefore its culture, is concerned with organised violence. The ADF is organised, trained and equipped to be efficient killers. Death and destruction are the intentional outcomes of war, not a by-product.

In war, the everyday morality of humans is suspended, put into abeyance, and replaced by a different code suited to war.

War seems inevitable, and the historical evidence is that in war the everyday morality of humans is suspended, put into abeyance, and replaced by a different code suited to war. We all accept this just as we accept that, despite all precautions, those involved at all levels in conflict will on occasions commit repugnant acts. These verities are conceded in the extensive efforts to minimise war’s worst consequences; for example, in the long struggle to regulated or outlaw the use of toxic gases, nuclear, biological and chemical weapons, landmines, or autonomous weapons.

Generations of scholars, acknowledging the fact of war, have tried to find a moral framework in which leaders, commanders and individual soldiers can assess the validity of their decisions in war, giving rise to a mountain of literature on just war theories. The criteria of proportionality, discrimination, and necessity in war has been endlessly examined. Yet daily the news media reports new outrages against innocent civilians, and other breaches of the laws of war.

The brutal reality of war never features in political discussions of strategic and defence policy. At the kinetic end of war, survival is at stake, the struggle is existential, the participants will live or die. That shapes their moral world.

Throughout history politicians and leaders have celebrated war and conquest, and the accompanying, often unrestrained, savagery has been implicitly tolerated. The brutal reality of war never features in political discussions of strategic and defence policy, despite the historical record.  The moral problem is not so much that war leads to death and destruction, but the indifference to the inevitable consequences shown by those that advocate for war, or among those who lobby for policies of armament and conflict.

It is futile to hypothesise that war will disappear from international relations. Similarly, to think that it is possible within war to avoid horrendous incidents is delusional. At the kinetic end of war, survival is at stake, the struggle is existential, the participants will live or die. That shapes their moral world.

Crimes against defenceless civilians in circumstances away from the battlefield, or when they pose no risk to combatants, is never excusable. However, every time troops are sent into battle the prospects are high that innocents will come to harm one way or another. The individual soldier is judged by how immediately foreseeable it is that any action taken will cause harm to innocent civilians. Often under enormous pressure, the soldier is obliged to weigh in his/her considerations the risks to his/her comrades, or to the mission, or to other civilians, of taking steps to avoid collateral injury. It is often a fine line. A terrible moral calculus. But political leaders are not confronted with this complexity, because from logic and history they accept that a decision to commit to war will mean that innocent non-combatants will die.

This is, of course, the quandary that has long faced leaders, commanders, philosophers, and theologians. If war cannot be eradicated from human affairs how can it be made more civil? More moral? Moreover how can that be achieved without weakening the force? It is incumbent, even obligatory, for those involved in decision-making concerning war to think on these matters. There is too great a tendency for politicians to exalt issues like sovereignty and abstract values while demanding that soldiers under stress in dangerous situations live up to normal standards.

There are important reasons why nations might consider war but they should be assessed in light of the good they will do against the inevitable harm to innocents and non-combatants.

When reflecting on the justification for going to war political leaders need to avoid abstract principles and high-sounding nationalist slogans. There are important reasons why nations might consider war but they should be assessed in light of the good they will do against the inevitable harm to innocents and non-combatants. Of the various ethical frameworks available, war is probably the only realm in which consequentialism unquestionably has the strongest claim.

War remains messy, unpredictable and subject to chance, and the lethality and destructive power of military forces growths relentlessly. In their Cabinet offices and cosy think tank suites, distant from the ruined cities, refugee camps, and destroyed lives, decision makers and advisers should think on these things.

United Nations Assistance Mission in Afghanistan (UNAMA) Reports on the Protection of Civilians in Armed Conflict (Periodic reports covering the years 2009 – 2019; annual reports are published in February of each year for the preceding year)