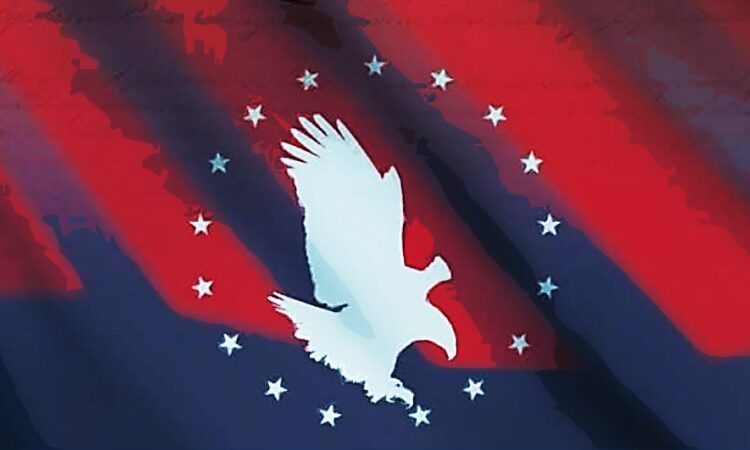 The recent Belfer Center report, Winning Strategic Competition in the Indo-Pacific, is important because of the insights it provides into the strategic thinking of the Australian military. The ADF officer corps is an educated, talented and diverse group among which can be found many different views, as is the case in any other large elite grouping. Nevertheless, Group Captain Jason Begley’s position as director of the RAAF Air Power Development Centre invests his views with some additional weight.

These rare glimpses into the approach to geopolitics and strategic policy among the senior ranks of the military have assumed greater importance since the military and security clique in Canberra have gained a greater say in foreign policy. However, like a bower bird picking among the leaf litter for shiny objects, Begley seemingly scours the political science literature for the latest taglines, concepts, and jargon, and collects endless references to fashionable authorities. Unfortunately, this makes the report a long and tedious read.

Nevertheless, the report does contain some valuable scraps worth encountering. Modestly, Begley’s intent is “limited to how the U.S. and Australia can win the strategic competition in which they perceive they are enmeshed”. This is a competition over “contested goods such as power, security, wealth, influence, and status.” A competition Begley compares to the Olympic Games. In the same way that a nation’s medal tally at the games is built up of the results of a number of discrete competitions for medals each of which is a series of individual contests, success in strategic competition can be determined by the accumulation of diverse outcomes. That is, following “the articulation of concrete end-states and objectives by policy-makers.”

Begley asserts, “Actionable strategic policy begins with articulation of end-states that represent winning and metrics by which progress towards them can be measured”. This might be seen as an overly mechanistic approach to the messy, ambiguous and unpredictable international environment, where the initial conditions cannot be known even approximately, and where the tipping points and phase shifts rarely give advanced warning, but it does lead Begley to some acute observations.

“neither the U.S. nor Australia have paused to devote sufficient attention to understanding the nature of strategic competition, to comprehend what winning it actually means”

Begley observes that “neither the U.S. nor Australia have paused to devote sufficient attention to understanding the nature of strategic competition, to comprehend what winning it actually means”.  That is they have not clarified in their policies toward China “what is or is not acceptable in pursuit of victory short of armed conflict”. These crucial elements of any strategic policy are missing and their absence could lead to miscalculation or misstep.

It’s encouraging that conflict is not Begley’s default position for resolving strategic competition, a sentiment that is probably not uncommon throughout the ADF. However, Begley recommends the application of the ADF’s joint military appreciation process (JMAP) to assist governments in shaping the strategic competition and to derive the metrics for success. [He explains this process in some detail in an annex to the report.]

JMAP “can be readily translated for use by any organization and purpose”, according to Begley, including “multinational, multiagency planning for strategic competition in the Indo-Pacific”. It’s tempting to see in this the military fixation on dispersing the fog of war, gaining certainty about the mission, and knowing when its completed. A framework that might work in battle, but seems less apt for foreign affairs and geopolitics where certainty is always elusive and there is no end to the mission. Where every end-state is just the commencement point of another stage.

“The U.S. and Australia’s primary goal should be to identify and satisfy each regional actors’ needs, rather than offering them ‘products’ that they are perceived to need”

Begley identifies a major weakness in the approach to strategic competition by America and Australia with respect to potential partners in the strategic competition. He suggests that “The U.S. and Australia’s primary goal should be to identify and satisfy each regional actors’ needs, rather than offering them ‘products’ that they are perceived to need”. Current U.S. and Australian approaches “focus on military presence and deterrence”, too often treating “regional middle and minor powers as pawns in a strategic ‘Great Game’”. As he notes, regional players have the agency and acuity to see this gambit for themselves and will continue to pursue their own interests where they do not align with those of the US or Australia.

To give Begley his due, his analysis of the nature, and identification of the components, of the strategic competition in which the US and Australia have engaged far surpasses the level of the policy arguments offered to the general public in the 2020 Defence Strategic Update or the 2020 Defence Force Development Plan. The emphasis in those documents on Australia’s preparedness for high-intensity conflict alongside the US lack the breadth and depth of Begley’s comprehension of the scale and complexity of the competition.

However, Begley’s uncritical assumption that the strategic interests of the US and Australia coincide completely in relation to either China or the desirability of maintaining the US hegemony are a major weakness in the report. It is not clear how the “power, security, wealth, influence, and status” of Australia are best served by the sort of competition he advocates.

Image: from the cover of the United States 2018 National Defense Strategy