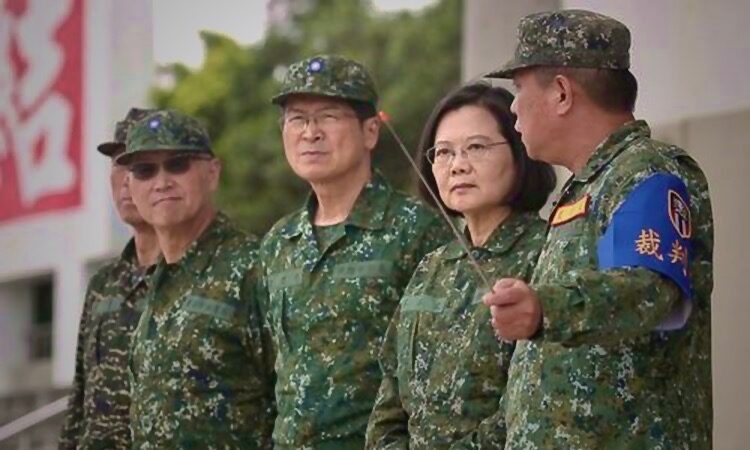 ASPI’s Executive Director Peter Jennings is banging the war drums over Taiwan again. He would have Australia automatically marching into a war in defence of the island. Why would Australia go to war over Taiwan?

Sovereignty has been elevated in Australia’s national interests to near sacred status. But to argue for joining a US defence of Taiwan’s sovereignty would be specious. In 1971, the U.N. General Assembly recognised the People’s Republic of China (PRC) as “the only legitimate representatives of China to the United Nations.” The Australian Government “does not recognise [Taiwan] as a sovereign state and does not regard the authorities in Taiwan as having the status of a national government”.

In US policy the significance of Taiwan has shifted with political and geostrategic developments. In the early years of the Cold War, John Foster Dulles believed that if Formosa (Taiwan) fell to the Chinese Communist forces, US resolve would appear weak, and the Soviets could establish an important military presence in East Asia.

The 1972 joint Sino-US communique stated “there is but one China and Taiwan is a part of China”. In 1979 China and America commenced formal diplomatic relations and President Carter ended formal relations with Taiwan, abrogated the mutual defence treaty, and withdrew all military forces from Taiwan. After pro-Taiwan US legislators passed the Taiwan Relations Act that re-established the previous situation with Taiwan, and in particular the defence arrangements and arms sales, the Reagan Administration subsequently negotiated another communique in 1982. This made clear the US had no intention of threatening China’s sovereignty or seeking the separation of Taiwan.

In the post-Cold War era the US position on Taiwan’s sovereignty has continued to displease at times the Chinese and the Taiwanese. In Senate testimony in September 2020, Assistant Secretary of State David Stilwell reiterated longstanding US policy on Taiwan. He stated that the United States “will not take a position on sovereignty” which was “to be worked out between” the PRC and Taiwan.

Geographically, China would gain no significant military advantage from possessing Taiwan. Just 130 kilometres separates Taiwan from the mainland. Potential Chinese targets in South Korea, Japan, and Southeast Asia, are closer to military installations on the mainland, and the opportunities to interdict shipping in the South China Sea would not be enhanced. Any adversary assets in the Taiwan Straits or on the island are already extremely vulnerable to overwhelming attack from China.

Instability in East Asia would not increase nor the strategic situation be transformed if China took possession of Taiwan. The defence of Australia would be unaffected by a PRC takeover of Taiwan. The relative military situation in East Asia would remain unchanged, and there would be no increase in the direct military threat to Australian territory.

Jennings does raise the key strategic issue. China “might just commit a military blunder of globally disastrous proportions” if the US was determined to resist an invasion of Taiwan. The potential is great for such an encounter to spill over into a major war between two great powers. The longer term consequences for Australia from such a war would be multidimensional and disastrous.

Yet, for Jennings “[W]hatever Biden does about Taiwan, he will expect Japan and Australia to be there. There is no exit strategy from our own region”. More emphatically, Paul Dibb has claimed “[T]aiwan certainly comes within the ANZUS Treaty’s definition of an armed attack in ‘the Pacific Area’. If Australia didn’t rush to the defence of Taiwan, it “would be seen in Washington as the ultimate betrayal of our alliance commitment in our own region of primary strategic concern”. Dibb further claims that “[I]f Taiwan isn’t worth defending, why would anyone come to Australia’s defence?” Like Jennings, Dibb seems to be saying Australia has little discretion over going to war over Taiwan in the event that the US does.

Leaving aside whether these positions are misrepresentations of Australia’s ANZUS treaty obligations, these strategic experts never discuss how the military encounter might unfold in East Asia. While the exact details cannot be known, some aspects of the conflict between the US and China can be surmised.

The fighting could not be restricted to the island, the straits and proximate areas. Chinese forces would be operating from a range of locations on the mainland, and US forces would be operating from bases across East Asia and the Pacific. These would all necessarily be targets. In theatre, initially, China would have the preponderance of forces, and a combined amphibious and air assault would succeed quickly, with US and allied forces in the region suffering substantial early losses, as would the Chinese.

In that scenario, the decision confronting the US and its allies would be whether to abandon Taiwan as lost or regroup for a major campaign for its recovery. What would the objective be? To expend enormous human and other resources to recapture an island within a stone’s throw of China’s mainland, and fortify it in perpetuity? Perhaps launch a full-on war to convince China to surrender its claim?

What Jennings and Dibb are proposing is the subordination of Australia’s strategic autonomy to that of the US in order to maintain an alliance that may lead the country into a major war with devastating consequences for Australia. The economic disruption would be enormous. There is a high probability that Australia would suffer direct and significant casualties and destruction of infrastructure, not to mention the obliteration of its military power. The potential global consequences are incomprehensible.

Taiwan remains a ‘wicked’ strategic problem. The Taiwanese have over time established strong claims for their autonomy. The US has a huge investment in Taiwan’s security, while not denying it is part of China. The consensus in Australia still seems to be that the alliance is a strategic requisite. However, defence of Taiwan could see the island devastated, the ANZUS alliance become irrelevant, and Australia’s security lost. What objective justifies this? Taiwan is not Czechoslovakia in 1939. Defence of Taiwan is not defence of sovereignty.

The experts who default to wanting Australians to rush into war need to give a full account of what exactly they are asking of Australians.