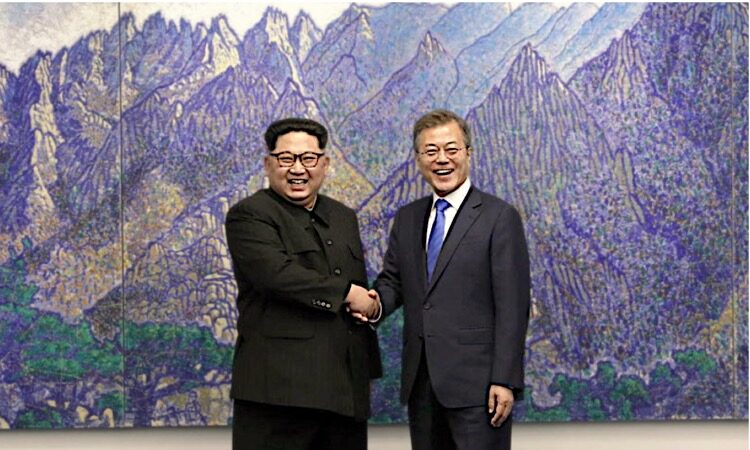 Some recent articles published on h&t (here and here) have focused on the challenge for US allies confronting a divergence in their economic and security interests.

In this article, Kuyoun Chung explores the reasons why South Korea has been unwilling to join ‘the Quad’, suggesting that here the issue is not just balancing diverging economic and security interests, but the reality that progressing South Korea’s key security priority – North Korea – requires a more accommodating approach to China.

The analysis illustrates in a different way the challenges for the US “to forge and strengthen a more extensive web of like-minded ‘Indo-Pacific’ democracies [that]… would be instrumental in slowing down the pace of geopolitical flux and reinforcing the hard power behind the liberal order that the Biden administration intends to restore”.

Professor Chung concludes that “Washington may need to take a more nuanced approach and carefully distinguish like-situated countries, which mostly worry about the risk of great power competition, from like-minded countries, which are more willing to resist the decline of liberal order. Though these two groups are not necessarily exclusive, they prioritise different foreign policy goals according to their primary concern, different threat perception, economic interest and the level of resilience to resist Chinese coercion.”

“The Quadrilateral Security Dialogue (Quad) — comprising the United States, India, Japan and Australia — and Quad-plus, intend to multilateralise the US-led hub-and-spoke bilateral alliance system and encourage spoke-to-spoke cooperation. This is what the United States envisions as part of a networked security architecture.”

“But US allies and partners in the region have been reluctant to join this effort. The uncertain end-state of US–China competition — as well as concern over potential Chinese economic coercion — are impacting their decision. While US–China competition continues to serve as an organising principle for US foreign policy under the Biden administration, the prospect of complete decoupling and disengagement between these two great powers seems remote.”

“… South Korea, like other middle powers in the region, has hedged against the risk of great power competition and focused on its own foreign policy priority — North Korea.”

“… South Korea’s lukewarm attitude towards the Quad-plus does not imply a diminishing commitment to the US–South Korea alliance. South Korea still wants to deepen bilateral relations with the United States beyond the traditional military domains. South Korea is also likely to channel its support for the Biden administration’s forthcoming strategy on the Indo-Pacific, as it aligned its New Southern Policy with the Trump administration’s ‘free and open Indo-Pacific’ strategy.”

“But if China continues to encroach on South Korea’s vital security interests indefinitely, a time may come when Seoul is no longer a ‘weak link’ in the US-led East Asian security triangle.”

Kuyoun Chung is Assistant Professor in the Department of Political Science at Kangwon National University, Chuncheon.